United States Attorney for the Western District of New York

The U.S. District Court for the Western District of New York has jurisdiction over all cases prosecuted by the U.S. Attorney. The current U.S. Attorney is James P. Kennedy, who was appointed on November 17, 2017.

The Western District of New York was formed by taking away seventeen counties from the Northern District of New York, in 1900, that currently represent Western New York. The Office is responsible for overseeing the prosecution of any federal criminal case brought within the 17 counties of Western New York. The Office also represents the United States in all civil matters brought within this territory.

List of U.S. Attorneys for the Western District of New York 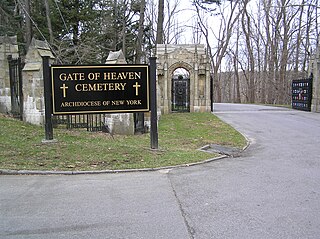 Gate of Heaven Cemetery, approximately 25 miles (40 km) north of New York City, was established in 1917 at 10 West Stevens Ave. in Hawthorne, Westchester County, New York, as a Roman Catholic burial site. Among its famous residents is baseball player Babe Ruth, whose grave has an epitaph by Cardinal Francis Spellman and is almost always adorned by many baseballs, bats and caps. Adjacent to the Garden Mausoleum is a small train station of the Metro-North Railroad Harlem Division named Mount Pleasant, where four trains stop daily, two northbound and two southbound. Several baseball players are buried here. 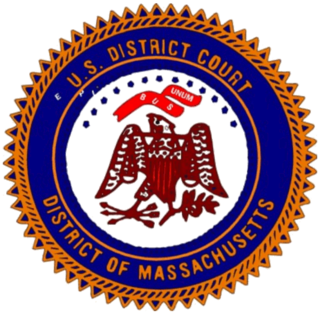 The United States District Court for the District of Massachusetts is the federal district court whose territorial jurisdiction is the Commonwealth of Massachusetts, United States. The first court session was held in Boston in 1789. The second term was held in Salem in 1790 and court session locations alternated between the two cities until 1813. That year, Boston became the court's permanent home. A western division was opened in Springfield in 1979 and a central division was opened in Worcester in 1987. The court's main building is the John Joseph Moakley Federal Courthouse on Fan Pier in South Boston.

President Richard Nixon entered office in 1969 with Chief Justice Earl Warren having announced his retirement from Supreme Court of the United States the previous year. Nixon appointed Warren E. Burger to replace Earl Warren, and during his time in office appointed three other members of the Supreme Court: Associate Justices Harry Blackmun, Lewis F. Powell, and William Rehnquist. Nixon also nominated Clement Haynsworth and G. Harrold Carswell for the vacancy that was ultimately filled by Blackmun, but the nominations were rejected by the United States Senate. Nixon's failed Supreme Court nominations were the first since Herbert Hoover's nomination of John J. Parker was rejected by the Senate.

The United States Attorney for the Northern District of New York is the chief federal law enforcement officer in 32 counties in the northern part of the State of New York. The current acting U.S. Attorney is Grant C. Jaquith who was named on July 1, 2017.