Restart of the program in 2015

In May 2015, USA Team Handball officially decided to start an international beach handball program under the direction of former Olympic USA Team Handball player and coach Dennis Burkholtz. On the day the program was announced, former USA National Team player for indoor handball Mike Hinson, approached Dennis about starting a program and coaching a team based out of Southern California. Coach Hinson, having played beach handball for 14 years, knew about beach handball and believed the United States could put together a team that could compete at the highest level pretty quickly. In September 2015, USA Team Handball announced Mike Hinson as the head coach of the USA Men Beach Handball Team. Based out of Hermosa Beach California, Coach Hinson began recruiting athletes from all different athletic backgrounds. He brought in a former 2012 Olympic goalie from USA Water Polo, a Dodgeball World Champion, several current and former USA Team Handball players, a former Division 1 Quarterback, a former division 1 Basketball Center and a current collegiate Lacrosse player, among others.

In March 2016 the USA Men went down to Venezuela in their first ever competition in the new formation. The top two teams from the tournament would advance to the World Championships. The tournament featured several high level programs with experienced players. Starting the tournament off 1-3 they were in a must win against Ecuador to advance to the medal round. This is where the US team was truly born. The defense held Ecuador scoreless for the first 6 minutes of the match and defeated them in two sets. Next they faced the undefeated #1 seed and host country Venezuela who was ranked #7 in the world in the semi-finals. Splitting the sets 1-1, the US won on the last shot in shootout to advance to the gold medal game. Facing defending Pan American Championship Silver medalists Uruguay they once again split sets 1-1 and again won on the last shot in shootout to claim the Gold Medal.

By winning the Pan American Championships, the USA men team qualified into the 12 team field of the World Championships in Budapest, Hungary. Being their first World Championships the international expectations were not high for any success. In the first game of the tournament, the USA Team shocked the international handball world by defeating the #5 team in the world, Ukraine in straight sets. Needing one more win in the next 4 games to qualify into the top 6, USA fell just short against defending World Champion Brazil, lost a close game against defending bronze medalist Qatar, then lost 2 extremely tight shootouts against Egypt and Bahrain. Finishing out of the medal rounds, USA then lost a close shootout to Oman and finished the tournament with an emotional win against Australia in the rain. [3]

After the success of the men's team in Venezuela, former assistant Coach for the men's team Juliano de Oliveira was announced head coach of the newly formed USA Women Beach Handball Team. With that announcement the women's program relocated from Miami, Florida to Hermosa Beach to have both programs benefit from the conditions in California. By recruiting current players of the USA Team Handball Women National Team and the local Los Angeles Team Handball Club Coach Juliano formed the core of the team that would go on to compete in the 2018 Pan American Beach Handball Championship. 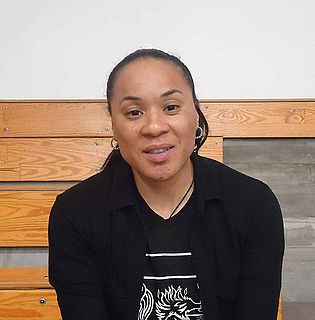 Dawn Michelle Staley is an American basketball Hall of Fame player and coach. Staley is a three-time Olympic gold medalist, and was elected to carry the United States flag at the opening ceremony of the 2004 Summer Olympics. After playing point guard for the University of Virginia under Debbie Ryan, and winning the gold medal at the 1996 Summer Olympics, she went to play professionally in the American Basketball League and the WNBA. In 2011, Staley was voted in by fans as one of the Top 15 players in WNBA history. Staley was inducted into the Women's Basketball Hall of Fame in 2012. She was elected to the Naismith Memorial Basketball Hall of Fame in 2013. 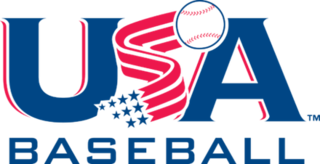 The France national handball team is supervised by the French Handball Federation, and represents France in international matches. It is the first handball team to have held all three titles twice, and the only national team in its sport to hold six world titles and a total of eleven medals at the World Men's Handball Championship. With a total of four medals, including two gold in 2008 and 2012, France is also the most successful Handball team at the Summer Olympics. France's men handball team is widely regarded as the finest national team in the history of the sport. 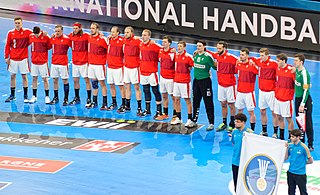 The Denmark men’s national handball team is controlled by the Danish Handball Association and represents Denmark in international matches. They are the team with the second most medals won in European Championship history on the men's side behind only Spain, with a total of six medals, those being two gold medals, one silver (2014) and three bronze medals. As of January 2019, they are the reigning Olympic and World Champions.

Brazil sent a delegation to compete at the 2008 Summer Olympics in Beijing, China, in August 2008. Brazilian athletes have competed in every Summer Olympic Games since 1920, except the 1928 Summer Olympics. The country is represented by the Brazilian Olympic Committee. Brazil headed to the Beijing Games with its largest Olympic delegation ever, 277 athletes, including a record 132 women. The 17 medals won by Brazil topped the previous medal count record set in 1996, and included the first individual and gold medals by women, by judoka Ketleyn Quadros and jumper Maurren Maggi, respectively. Three of the medals were gold, by Maggi, swimmer César Cielo and the female volleyball team.

The Canada men's national volleyball team represents Canada in international volleyball competitions. The team placed third in the Pan American Games in 1979, 1999, and 2015. Canada's other achievements include a fourth place at the Los Angeles 1984 Olympic Games and two bronze medals at the Pan American Games in 1979 and 1999. They have participated in four Olympic Games, including most recently a fifth-place finish at Rio 2016, after returning to the Games following a quartercentury absence. Canada hosted the 2015 Pan American Games in Toronto where they beat Puerto Rico for the bronze medal. Canada competed at the FIVB Volleyball Men's World Cup in 2015 for the first time in 12 years, finishing seventh. They last appeared in 2003, also finishing seventh. They finished joint-seventh at the 2014 FIVB Volleyball Men's World Championship.

Croatia competed at the 2012 Summer Olympics in London, United Kingdom, from 27 July to 12 August 2012. This was the nation's sixth consecutive appearance at the Summer Olympics.

The United States competed at the 2011 Pan American Games in Guadalajara, Mexico, from October 14 to October 30, 2011.

Taylor Crabb is an American beach volleyball player who plays as a left-side defender with his partner Jake Gibb. He has won eight tournaments on the AVP Pro Tour, as well as one gold medal on the FIVB World Tour.