The University of Atlanta was founded as Barrington University (not to be confused with Barrington College) in the early 1990s by Robert and Steven Bettinger. [3] Barrington University, was incorporated, licensed and headquartered in Mobile, Alabama [4] offering $4,450 degrees granting considerable credit for life experiences. [5] Barrington operated as a subsidiary of Boca Raton-based Virtual Academics. [6]

The company's literature claimed that its chairman had a doctorate and a master's degree; an investigation showed that he had neither. [7] Barrington also claimed accreditation by the International Association of Universities and Schools Inc. (IAUS). However, a 2003 investigation by the South Florida Business Journal revealed this was a for-profit corporation set up in Florida (not Switzerland or Washington, D.C., as claimed) by Virtual Academics' chairman, Robert Bettinger, and the owner of another for-profit college in 1998. According to the New York Post , they did this to avoid further problems due to their schools' lack of accreditation. [3] [7] The IAUS' charter was subsequently dissolved by the State of Florida for failure to pay annual registration fees. [8] The South Florida Business Journal also reported that Barrington was paying professors and schools in China commissions to sell Barrington degrees to Chinese students; this revelation caused a major drop in Chinese enrollments and a resulting decline in revenues. [7] [9]

In 2000, school began having problems with the State of Alabama. The state threatened to revoke its operating license. State investigators determined that Barrington had been operating out of the offices of a secretarial and answering service. [10]

A General Accounting Office investigation found that Barrington was offering degrees for a fee based solely on life experience and requiring no classroom experience. By 2008, the State of Alabama was conducting a crackdown on such schools operating in Alabama, requiring that all be accredited or actively seeking accreditation by October. [11]

Establishment and operation as University of Atlanta

In 2008, while still operating in Mobile, Barrington changed its name to the University of Atlanta. [11] The university also received accreditation from the Distance Education and Training Council (DETC). [12]

The University of Atlanta was authorized by the Georgia Nonpublic Postsecondary Education Commission [1] It was a member of the European Association for Distance Learning [13] the American Council on Education, [14] and The American Academy of Project Management [15] In 2008, it became affiliated with the United States Department of Defense's Activity for Non-Traditional Education Support (DANTES) [16] although in it was listed in the DANTES list of participating institutions. [17] The university was accredited with premier status by the Accreditation Service for International Colleges (ASIC) in the United Kingdom. [18]

According to the State of Georgia's Nonpublic Post Secondary Education Commission, the University of Atlanta was authorized to grant Bachelor of Science (BSc), Master of Science (MSc) and Doctor of Science degrees in different fields of study. [1]

The American University in Dubai (AUD) is a private, non-sectarian institution of higher learning in Dubai, United Arab Emirates, founded in 1995. AUD is accredited regionally as a separate unit by the Southern Association of Colleges and Schools. AUD serves UAE nationals and international students from all over the world and offers them an American-style education.

California Miramar University (CMU) is a for-profit university in San Diego, California. The university offers degree programs through distance education and a combination of on-line and classroom (hybrid) delivery. It is nationally accredited by the Distance Education Accrediting Commission.

American Central University (ACU) was an unaccredited distance learning private, for-profit university licensed by the state of Wyoming in 2004. The Oregon Office of Degree Authorization stated that the institution may be run from Malaysia.

An online degree is an academic degree that can be earned primarily or entirely through the use of an Internet-connected computer, rather than attending college in a traditional campus setting. Improvements in technology, the increasing use of the Internet worldwide, and the need for people to have flexible school schedules while they are working have led to a proliferation of online colleges that award associate, bachelor's, master's, and doctoral degrees. 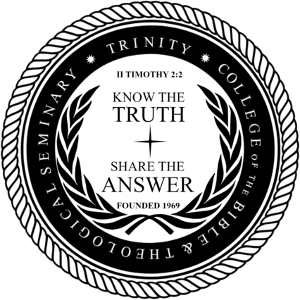 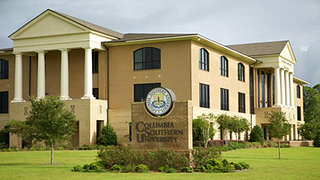 Columbia Southern University is a private, for-profit, online university with its headquarters in Orange Beach, Alabama.

The University of Fairfax is an institution of higher education headquartered in Vienna, Virginia. It offers online cybersecurity graduate degrees, as well as graduate certificates in Information Systems. The entire program is provided via instructor led conference calls and online instruction.

Apollos University, headquartered in Great Falls, Montana, is an accredited, American, privately-owned distance education university. The university offers Doctoral, Master's, Bachelor's and Associate's degree programs in Business Administration, Management and Information Technology. Apollos University is an academic institution of higher learning and is accredited by the Distance Education Accreditation Commission (DEAC) in the United States. Apollos University is also a member of SARA and approved to teach students in all 50 U.S. states and the District of Columbia.

Warren National University, previously known as Kennedy-Western University, was a post-secondary, distance learning, unaccredited private university that offered undergraduate and graduate degrees in the United States from 1984 to 2009. Its administrative offices were located in Agoura Hills, California.

Herzing University is a private university with its headquarters in Milwaukee, Wisconsin, and several locations throughout the United States. The university offers degrees in professions including nursing, technology, business and healthcare.

Gwinnett College is a for-profit college with its main campus in Lilburn, Georgia.