University of Nova Gorica - UNG (Slovene : Univerza v Novi Gorici), is the fourth university in Slovenia. It is located in the towns of Nova Gorica, Gorizia (in Italy), Vipava and Ajdovščina. 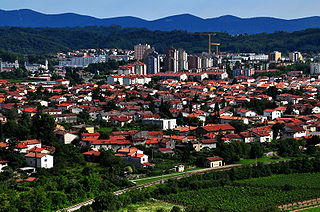 The Jožef Stefan Institute (IJS) is the largest research institute in Slovenia. The main research areas are physics, chemistry, molecular biology, biotechnology, information technologies, reactor physics, energy and environment. At the beginning of the 2013 the institute had 962 employees, 404 of them were Ph.D scientists. 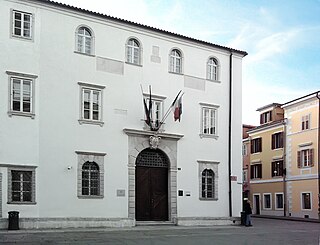 University of Primorska is by age and size the third university in Slovenia. It is located in Koper, Izola, and Portorož and is named for the Slovenian Littoral region, where it is located. 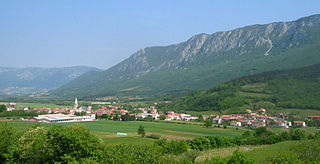 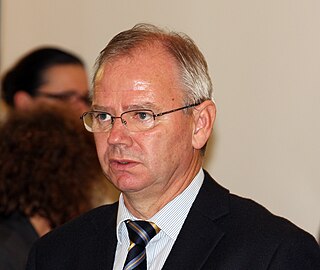 Danilo Zavrtanik is a Slovenian physicist and professor.

Ravnica is a village in western Slovenia in the Municipality of Nova Gorica. It is located on the high Trnovo Forest Plateau, overlooking the villages of Grgar and Čepovan. 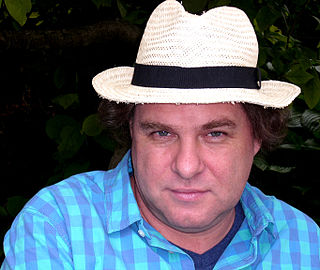 Dean Komel is a Slovenian philosopher.

Šempeter pri Gorici is a town and the administrative centre of the Municipality of Šempeter-Vrtojba in the Slovene Littoral region of Slovenia. There is a border crossing into the Italian town of Gorizia. The crossing is known as San Pietro di Gorizia in Italian.

Eva Irgl is a Slovenian politician and former TV host, currently serving as member of the Slovenian National Assembly.

Branko Marušič is a Slovenian historian. 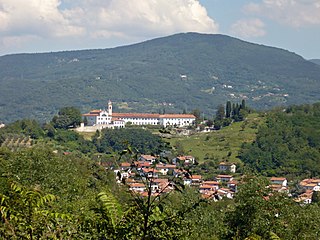 Kostanjevica Monastery is a Franciscan monastery in Pristava near Nova Gorica, Slovenia. The locals frequently refer to it simply as Kapela. 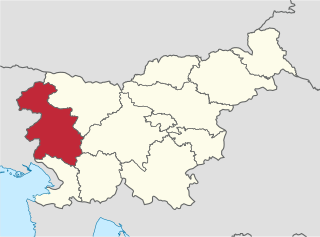 Boris Podrecca is a Slovene-Italian architect and urban designer living in Vienna, Austria. Podrecca is considered by some critics a pioneer of postmodernism. With some of his early works, such as the neuro-physiological institute at Stahremberg Palace (1982), he took a new, more tolerant attitude towards historical architectural forms. 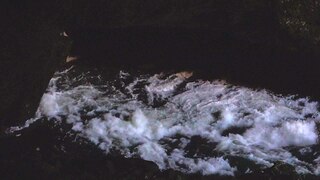 Weaver Cave, also known as Inlet Cave, is a 2,885 metres (9,465 ft) long ponor cave in southwest Slovenia. It runs from the west (downstream) side of the Rak Škocjan Valley, where it has two entrances, and continues into Planina Cave. It is traversed by Rak Creek, part of the Ljubljanica source system. It thus forms part of the hydrological connection between Cerknica Polje and Planina Polje. Due to sumps, the stream of the Rak is very difficult to follow and was explored by divers only in 1974, when the majority of the cave was discovered in the course of a rescue expedition, and in August 2012.