Cuban vehicle registration plates contained three letters and three numbers. The colour of plates is also an important identification element. Ordinary (non-special) licence plates have also a number on the lower central part of the plate ranging from 0 to 9, denoting the type of the vehicle. As of 2016, some of these plates are still in use, but are being phased out. Particular refers to privately owned vehicles. The letter denotes the expiry month: E = Enero (January), J = Julio (July). [3]

The first letter denotes the province where the licence plate was issued. Until 2011, "B" was used by the former La Habana Province.

The second letter identifies the type of vehicle owner.

The vehicle type number can be found on the lower central part of the plate, it is a one digit number ranging from 0 to 9, it denotes the type of the vehicle. This is not used on special licence plates.

Under the new system black characters on white background is the standard format for all licence plates. A letter is placed before six digits. The most common is "P", which indicates a personally owned vehicle. "B" government, "F" is for military FAR vehicle, "M" is for Internal Affairs Ministry, "T" for rental units, "D" diplomatic, "E" embassy, and "K" for foreign companies. The same system is used on all classes of vehicles, from lorries to motorcycles. However, to accommodate available space the motorcycle plates are square rather than the standard long rectangle.

Diplomatic cars use 6 digits without preceding letters. There is a "D", "C" or "E" letter in the lower left part of the licence plate (D = diplomatic, C - consular, E - other status). They have a black licence plate.

Cars for hire have a dark red licence plate beginning with "T" letter (meaning turista), followed by five digits in white color. The border of the plate is also in white. [5]

Provisional licence plates are light red and have the normal code of the province followed by 4 digits and a "P" letter.

Cars of the United States military in the Guantanamo Bay use licence plates with one letter and four numbers, and texts "U.S.N.B." and "Gtmo Bay Cuba". 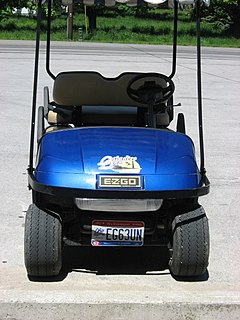 Vehicle registration plates in China are mandatory metal or plastic plates attached to motor vehicles in mainland China for official identification purposes. The plates are issued by the local traffic management offices, which are sub branches of local public security bureaus, under the rules of the Ministry of Public Security.

All motorized vehicles including motorcycles in Indonesia are required to have registration plates. The plates is required to be displayed in front and at the back of the vehicles. The issuing of the number plates is regulated and administered by the One-stop Administration Services Office or Samsat, which is a collaboration between Indonesian National Police, provincial offices of regional revenue, and the national mandatory vehicle insurance operator Jasa Raharja.

German vehicle registration plates are alphanumeric plates in a standardized format, issued officially by the district authorities to motorized vehicles of German residents. The legal requirements for these licence plates are laid down in a federal law titled Verordnung über die Zulassung von Fahrzeugen zum Straßenverkehr, or in the shortened version Fahrzeug-Zulassungs-Verordnung, FZV which replaced part of an older law named Straßenverkehrszulassungsordnung, StVZO in 2011. The law distinguishes between Kennzeichen meaning a specific combination of letters and digits, and Kennzeichenschilder which are the physical licence plates. In everyday language, these terms are often replaced indifferently by Nummernschild and rarely is the difference emphasized by restricted use of either Nummer or Schild.

Finnish vehicle registration plates usually carry three letters and three numbers separated with a dash, though vanity plates may carry 2-3 letters and 1-3 numbers. Since 1989 the code has no connection with the geographic location, except that Åland has its own type of plate. Between 1972/1973 and 1989 the first letter indicated where the vehicle was first registered as the plate did not have to be changed even if the vehicle was moved to another area of Finland.

The registration plates of cars in Norway is maintained by the Norwegian Ministry of Transport and Communications. As in most countries, cars are identified only by number plates read visually. The plates are legal documents that both identifies the vehicle and permits its use, and shall be returned to the registration authority when the vehicle is no longer in use.

In South Korea, the Surface Transportation Bureau of the Ministry of Land, Infrastructure and Transport (MOCT) oversees the design and issue of license plates for motor vehicles. The international code for South Korea is ROK.

The Portuguese vehicle registration plate system for automobiles and motorcycles is simple and sequential. The system has no link to geographical locations or similar. It is an incremental numbering system consisting of three groups of two characters, separated by dashes. This system started in 1937 with AA-10-00, which ran out on 29 February 1992. This then went on to 00-01-AA and changed to 00-AA-01 in 2005. This last sequence was exhausted early in 2020, and it was announced on 3 March that it had been replaced by the sequence AA-00-AA. Moreover, the letters W and Y, never before used, and the letter K, used only for a short-lived series for imported vehicles in 1997, are being employed in the new system, meaning that this sequence should last more than six-and-a-half times as long as the previous. At current rates that it would not need replacing at least until the end of the 21st century, but the expected lifetime of the series is stated as being forty-five years.

North Korea has issued registration plates for all government and privately owned vehicles since 1947. The system is loosely based on that found in Japan insofar as numerical prefixes are applied to denote a particular type or class of vehicle.

In Canada, registration plates are issued by an agency of the provincial or territorial government.

Vehicle registration plates of Estonia are divided into 18 categories, the most common of these (A1) is composed of three numbers and three letters. Most registration plate types have black letters on a white background, and the plates are the same size and length as other European plates. Previously the first of the three letters indicated the region of Estonia in which the car was registered; however, as of 2013, this is no longer the case. The third digit from the numbers indicated states when the car is due an inspection. It can be inspected up to 2 months after that digit. The registration plates are printed on an aluminium sheet with minimum thickness of 1 mm and must fulfil the requirements of ISO 7591:1982. All plates are issued with the blue European Union identification label, except types A9 and B2. 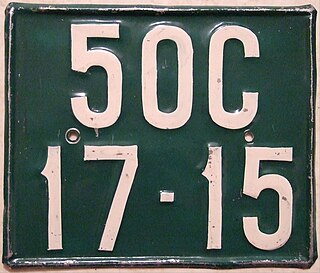 Vehicle registration plates, commonly known as number plates, are the mandatory alphanumeric or numeric plates used to display the registration mark of a vehicle.