Artemisa Province is one of the two new provinces created from the former La Habana Province, whose creation was approved by the Cuban National Assembly on August 1, 2010, the other being Mayabeque Province. [2] [3] [4] The new provinces were enforced on January 1, 2011.

La Habana Province or formerly known as Ciudad de La Habana Province, is a province of Cuba, that includes the territory of the city of Havana, capital of the Republic. Between 1976 and 2010, the province covered a much more extensive area, including the present-day provinces of Artemisa and Mayabeque.

Artemisa is a municipality and city in Cuba, formerly part of La Habana Province. According to a law approved by the Cuban National Assembly in August 2010, Artemisa became the capital city of the newly formed Artemisa Province, which comprises eight municipalities of the former La Habana Province and three from Pinar del Río.

Pinar del Río is one of the provinces of Cuba. It is at the western end of the island of Cuba.

The new province is only larger than Havana city and Mayabeque, but with more population than four other Cuban provinces. It is the most densely populated, after Havana city and Santiago de Cuba. 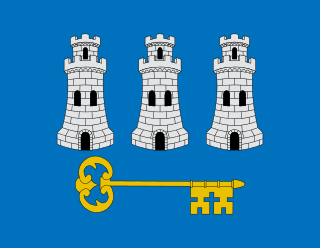 The economy of the Artemisa province is based mainly on agriculture (fruits, potatoes, rice, vegetables, sugar cane) and industry of building materials (two cement factories), food processing industry and power plants. It contains the important port of Mariel in the northern coast. The province is also important in the military sector with the main Cuban Air Force base (San Antonio de los Baños) the Western base of the Cuban Navy (Cabañas Bay) and the Military Academy (College) "Antonio Maceo" in Caimito.

Mariel is a municipality and town in the Artemisa Province of Cuba. It is located approximately 40 kilometres (25 mi) west of the city of Havana.

San Antonio de los Baños is a municipality and town in the Artemisa Province of Cuba. It is located 26 km from the city of Havana, and the Ariguanabo River runs through it. It was founded in 1802. 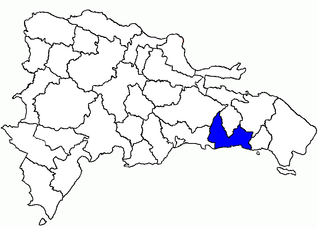 San Pedro de Macorís is a province of the Dominican Republic, also the name of its capital city. The city is fairly active due to its proximity to the national capital of Santo Domingo and also its role in the sugar industry. The province is informally known as San Pedro, SPM or Serie 23 for the first two numbers of their Dominican identification or Cedula. 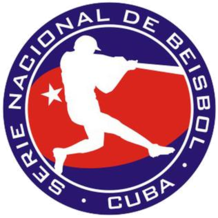 Playa Mayabeque is a location in the southern part of Mayabeque Province, within 15 kilometers of Melena del Sur on the southern shore of Cuba. The waters are muddy, to which local people attribute therapeutic properties. In the beach it is located the old outlet of the Mayabeque River, the most important river in the former Havana province, which gave its name to the new province of Mayabeque established in 2011.

El Habanero is a Cuban daily newspaper. It is published in Spanish and is located in Havana. The name honors the homologous newspaper created and published in 1824-1826 by Felix Varela (1787-1853) a Cuban patriot, priest and writer.