Pearce was captain of the Balmain Tigers rugby league club from 1982 to 1990. A local junior from the Balmain Police Boys club, he made his debut in 1980 and was quickly marked as a future star.

Pearce's son, Mitchell, is a half-back previously for the Sydney Roosters and currently for the Newcastle Knights.

Pearce's captaincy proved critical in elevating Balmain from also-rans to a force of the 1980s, in concert with Steve Roach, Benny Elias and, later, Paul Sironen. Along with fullback Garry Jack, they drove Balmain to the semi-finals in 1983 and every year from 1985 to Pearce's retirement. Pearce won the Rothman's Medal for the best-and-fairest player in 1985.

In 1986 Pearce captained the New South Wales Blues to their first-ever State of Origin clean sweep, but in the following two years there was to be a rapid decline, with Queensland easily winning every match in 1988. After this, Pearce stood down from representative rugby league, despite pressure for him to return after Queensland won even more easily in 1989. In 1988 he was awarded the Medal of the Order of Australia "for service to rugby league". Pearce was also the inaugural winner of the Ken Stephen Medal for Community Service by a professional rugby league footballer. [ citation needed ]

Pearce also made an appearance the 1988 Australian television movie The First Kangaroos , which depicted the 1908–09 Kangaroo tour of Great Britain. [3]

Pearce captained the Balmain Tigers to two successive grand finals in 1988 and 1989, both of which they lost. In 1990, Pearce could not play a full match until the seventeenth round, but for the rest of the season he was at his best, seen clearly in the play-off for fifth with Newcastle, when he scored a crucial try from a bomb and carted the ball forward as fearlessly as ever. The following week, though, proved to be his last match as Balmain lost 0–16, sparking a major decline in the club's fortunes after Pearce's retirement.

Pearce took over as Balmain coach in 1994 from the departing Alan Jones as the club finished with the wooden spoon at season's end. Pearce coached Balmain for another five seasons before they merged with the Western Suburbs Magpies. In 2000, Pearce became the inaugural coach of the Wests Tigers but stepped down after one season. Pearce also coached New South Wales for three seasons and in 2000 led New South Wales to a clean sweep winning the series 3–0 with the Blues winning game 3 by a then-record margin of 40 points. The match was also remembered for Bryan Fletcher's infamous hand-grenade try celebration. In 2001, Pearce coached NSW in what would prove to be his last series. His last game in charge was the widely remembered victory by Queensland who defeated NSW 40–14 where Allan Langer who had been playing over in England was phoned by Maroons coach Wayne Bennett in an urgent SOS call to return to Australia for the match. The next day, Sydney newspaper The Daily Telegraph wrote the headline "Bloody Alf". [4] [5] [6]

After 10 years as a rugby league commentator for Fox Sports, Pearce was appointed as one of the eight inaugural commissioners of the Australian Rugby League Commission at its reconstitution in February 2012. A peak performance facilitator and executive coach, he continues to run his leadership and team performance consultancy Wayne Pearce Advantage. [3] He also fronts the rock cover band Wayne Pearce and the Big Hitters. [7] On Sunday 17 April 2016, before Wests Tigers versus Melbourne Storm in round 7 (26 years after his retirement), the Hill surrounding Leichhardt Oval was named the Wayne Pearce Hill after him by the Leichhardt Municipal Council and the Wests Tigers Club.

On 23 March 2020, following the completion of round 2 of the NRL Telstra Premiership, the ARL Commission decided to postpone the competition in the face of a rapidly rising COVID-19 community infection rate. This had enormous, adverse financial implications for the NRL and its stakeholders. On 27 March, Commission Chairman appointed Wayne Pearce to select and lead a crisis management team to resume a successful 2020 competition ASAP. This complex mission was called Project Apollo. Despite many setbacks, including Channel Nine threatening to cancel their broadcast deal and the referees initiating steps towards strike action, the NRL competition became one of the first professional sports codes in the world to restart the competition on 28 May. A revised 20-round competition concluded with the Grand Final being played on Sunday, 25 October. For the first time in history, the State of Origin series was played after the Grand Final, with the NRL season concluding at the completion of Origin 3 on 18 November.

The Wests Tigers are an Australian professional rugby league football team, based in the Inner West and Western Sydney. They have competed in the National Rugby League since being formed at the end of the 1999 NRL season as a joint-venture club between the Balmain Tigers and the Western Suburbs Magpies. 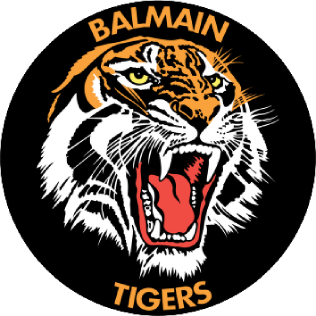 The Balmain Tigers are a rugby league club based in the inner-western Sydney suburb of Balmain. They were a founding member of the New South Wales Rugby League and one of the most successful in the history of the premiership, with eleven titles. In 1999 they formed a joint venture club with the Western Suburbs Magpies club to form the Wests Tigers for competition in the National Rugby League (NRL). They no longer field any senior teams in the lower divisions. At the time of the joint venture only South Sydney Rabbitohs and the St George Dragons had won more titles than the Tigers. 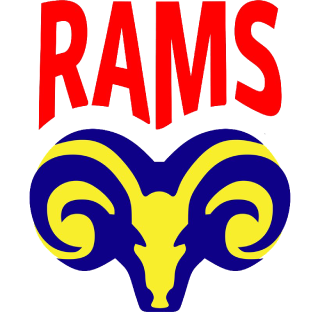 Stephen David Roach, nicknamed Blocker or Blocker Roach, is an Australian former professional rugby league who played as a prop forward in the 1980s and early 1990s. His most famous catchphrase is “Big Boppa” 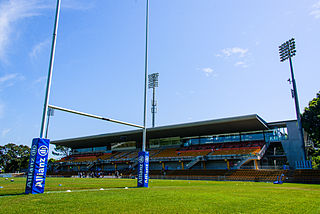 Leichhardt Oval is a rugby league and soccer stadium in Lilyfield, New South Wales, Australia. It is currently one of three home grounds for the Wests Tigers National Rugby League (NRL) team, along with Campbelltown Stadium and Western Sydney Stadium. Prior to its merger with the Western Suburbs Magpies, it was the longtime home of the Balmain Tigers, who used the ground from 1934–1994 and 1997–1999.

William Keith Barnes AM, also known by the nickname of "Golden Boots", is a Welsh-born Australian former rugby league footballer who played in the 1950s and 1960s, and coached in the 1960s, 1970s and 1980s. He was a fullback for the Australian national team and for the Balmain Tigers. He played in 14 Tests between 1959 and 1966, as national captain on 12 occasions. He was known as "Golden Boots" due to his exceptional goal-kicking ability. After his playing days he became a referee and later co-commentated on the Amco Cup on Network Ten with Ray Warren in the 1970s. He is considered one of the nation's finest footballers of the 20th century. 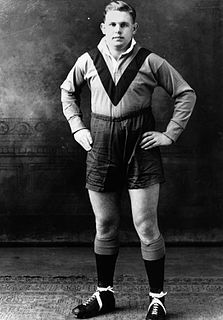 Harry Bath, born Alfred Henry Bath, also known by the nickname of "The Old Fox", was an Australian rugby league footballer and coach who was prominent and influential in the mid-20th century. A state and international representative who played 12 matches for Other Nationalities in the International Championship from 1949 to 1955, he played as a second-row and has been referred to as the best Australian rugby league player never to be picked for the Australian national team. Following his retirement, Bath coached in the New South Wales Rugby Football League premiership for two decades, also achieving selection as the Australian national team coach.

Luke O'Donnell is an Australian former professional rugby league footballer who played in the 1990s, 2000s and 2010s. An Australian international and New South Wales State of Origin representative forward, he previously played his club football in Australia with National Rugby League teams the Balmain Tigers, Wests Tigers, North Queensland Cowboys and the Sydney Roosters, with whom he featured in the club's 13th premiership. O'Donnell also played for two seasons with the Huddersfield Giants in the Super League. 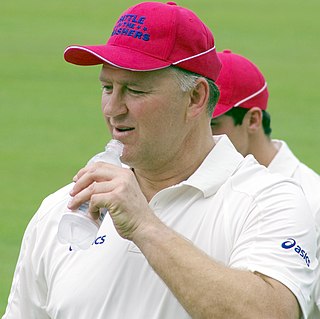 Paul Sironen is an Australian former professional rugby league footballer of Finnish descent who was a prominent Second-row forward for the Balmain Tigers during the late 1980s, and early 1990s. He was part of the team that played in successive Grand Finals in 1988 and 1989, and included other representative players Steve "Blocker" Roach, Wayne Pearce, Benny Elias and Garry Jack. He made a number of appearances for both New South Wales in State of Origin, and also for Australia, and has been named as part of the Wests Tigers Team of the Century.

Garry Jack is an Australian former rugby league footballer and coach. He was a representative in the Australian national team and star player with the Balmain Tigers. Jack was a fullback for the Tigers during the late 1980s, and early 1990s, under the captaincy of Wayne Pearce and the coaching of Warren Ryan. Jack also represented the New South Wales State of Origin team on 17 occasions. 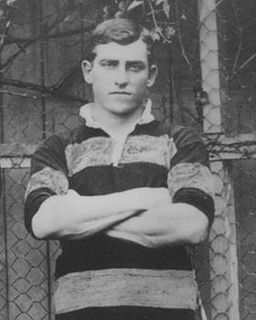 Charles "Chook" Fraser (1893–1981) was an Australian rugby league footballer and later coach. He was a versatile three-quarter for the Australian national team. He played in 11 Tests between 1911 and 1920 as captain on 3 occasions. He is considered one of the nation's finest footballers of the 20th century

Kerry Boustead is an Australian former rugby league footballer who played in the 1970s and 1980s. A talented representative wing for Queensland and Australia, at the time he was picked for the national team he was the youngest ever player so selected. A prolific try-scorer, he has been named amongst the nation's finest footballers of the 20th century.

Neil Whittaker is an Australian former professional rugby league footballer who played in the 1970s and 1980s for Balmain in the NSWRL competition. Whittaker was also the chief executive officer of the National Rugby League from 1998 to 1999.

Gary Edwards is an Australian former rugby league footballer who played in the 1990s. He played for the Balmain and North Sydney in the New South Wales Rugby League (NSWRL) and ARL competitions.

Laurie Nichols was an Australian supporter of the Balmain Tigers, well regarded as the "greatest" fan in Balmain Tiger's history, most well known for his "shadowboxing", at the Tiger's home ground Leichhardt Oval.