Ya Kid K (born Manuela Barbara Kamosi Moaso Djogi, [1] 26 January 1972) is a Congolese–Belgian hip hop recording artist. She was the rapper for the dance/house act Technotronic. Her sister is Karoline 'Leki' Kamosi.

At the age of 11, Djogi moved to Belgium, later moving to Chicago (where she explored hip-hop, and the emerging sounds of house music), [2] and later moved to Dallas, Texas.

After moving back to Belgium from the US, [2] Ya Kid K helped form a hip hop label called Fresh Beat Productions. She was part of the dance project Technotronic, [2] [3] which debuted with a major worldwide hit in 1989, "Pump Up the Jam". [2] Although she did not appear in the video, she was finally credited as vocalist on the track on the US reissue of the group's debut album. [4]

Although Ya Kid K wrote the lyrics and sang vocals on "Pump Up the Jam", [5] Technotronic had the fashion model Felly Kilingi perform in the video, without Ya Kid K's consent. The second single "Get Up! (Before the Night Is Over)" was Ya Kid K's debut music video with Technotronic. [2] In 1992, Technotronic and Ya Kid K had a hit with "Move This," another single from 1989's Pump Up the Jam: The Album .

She also lent her voice to Hi Tek 3, a dance project whose only single, "Spin that Wheel", appeared on the Teenage Mutant Ninja Turtles motion picture soundtrack. [2]

While Jo Bogaert hired new singers for Technotronic's third album, Body to Body , Ya Kid K returned after limited success of her own album, One World Nation. This album contained many different musical and, in particular, vocal styles.

In 1991, Ya Kid K appeared on the Teenage Mutant Ninja Turtles II: The Secret of the Ooze: The Original Motion Picture Soundtrack, performing "Awesome (You Are My Hero)", continuing her work with the music of the film franchise. The partnership continued in 1993, when 2 versions of Ya Kid K's "Rockin' over the Beat" appeared on the Teenage Mutant Ninja Turtles III: Original Motion Picture Soundtrack.

In 1995, Technotronic re-emerged in the U.S. with Ya Kid K as its front vocalist, again with limited success of the album, Recall. On the track "Are You Ready" she teamed up with Daisy Dee, who already did a cover version of "This Beat is…" with MC B. In 1996, a Ya Kid K single titled "Rock My World" was released. She appeared in June 2000 on Technotronic's single "The Mariachi." In 2002, she released Take a Trip on Semini Records.

In October 2005, Ya Kid K made a guest appearance on Public Warning the debut album of English female rapper Lady Sovereign.

In 2011, she returned with the song "DO UC ME Standing". Ya Kid K also released the song "Comes Love" on Baronic Arts.

In 2014 she released some new tracks and an album called Stalled Constructions. She also worked with the German dance project Maviic for the single release "Moja Mbili Tatu".

After the single "Rockin' Over the Beat", Ya Kid K had a child with MC Eric who performed the Technotronic hit "This Beat Is Technotronic". [2]

Belgian hip hop music has a few rappers stemming from Africa and Italy. Belgium, like France, controlled African countries like the Democratic Republic of the Congo, Rwanda, and Burundi until the early 1960s. Like in France, immigrants from these countries started to study and live in Belgium.

Technotronic was a Belgian electronic music project formed in 1987 by Jo Bogaert, who originally gained popularity in Europe as a solo artist with various new beat projects, including Acts of Madmen and Nux Nemo. Together with rapper Manuela Kamosi, he produced the single "Pump Up the Jam", which was originally an instrumental released under the name The Pro 24s. Based on Farley Jackmaster Funk's "The Acid Life", this instrumental initially included vocal samples from Eddie Murphy's "Delirious" live set from 1983 and was months later replaced by newer music, along with lyrics from Kamosi prior to the song's international release in September 1989. With Bogaert adopting the name Thomas De Quincey, a front for the act was put together, utilizing Congolese-born fashion model Felly Kilingi who was presented as the group's rapper, appearing on the single's cover art and in the music video. 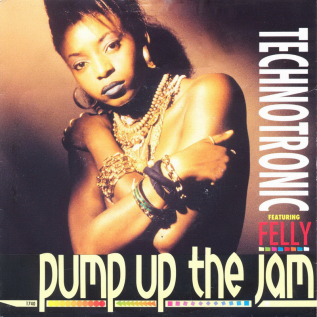 "Pump Up the Jam" is the opening track on Belgian act Technotronic's first album, Pump Up the Jam: The Album (1989). It was released as a single on 18 August 1989 and was a worldwide hit, reaching number two in the United Kingdom in 1989 and on the US Billboard Hot 100 in early 1990. The song was later certified triple platinum. It also peaked at number-one in Belgium, Finland, Iceland, Portugal and Spain. "Pump Up the Jam" has been described as a fusion of hip hop and deep house elements, as an early example of the hip house genre, and it has been named as the first house song to become a hit in the US. 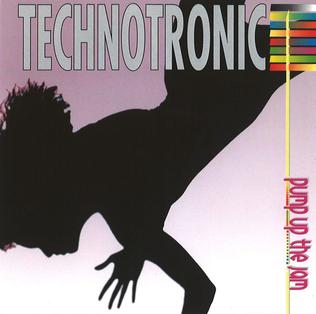 Pump Up the Jam is the debut studio album by Belgian dance act Technotronic. It was released on 28 November 1989. The initial album cover and early promotional videos featured a model named Felly, who lip-synched vocals performed by Belgian emcee Ya Kid K. When this was discovered, further videos featured Ya Kid K instead. The album reached number 2 on the UK Albums Chart. 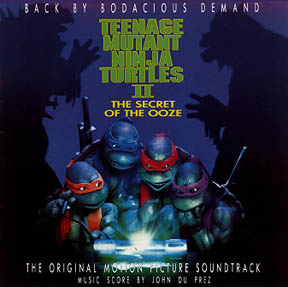 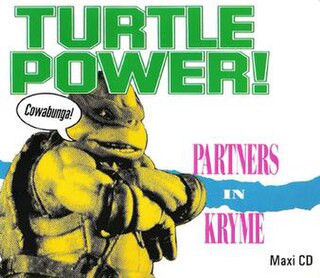 "Turtle Power!" is a song by American hip hop duo Partners in Kryme. The song was released by SBK Records and was from the Teenage Mutant Ninja Turtles soundtrack. An early unfinished version without Shane Faber's production was featured in the film's closing credits, and it is this version which is now commonly found on retro 90s compilations and on streaming sites, despite the fact the film mix was not officially released in the 1990s. In the UK, the film mix heard in the end credits featured the words "ninja" replaced with "hero", even though the film was not retitled the UK, unlike the 1987 cartoon series. The track was also used in the 2013 Activision's video game Teenage Mutant Ninja Turtles: Out of the Shadows. 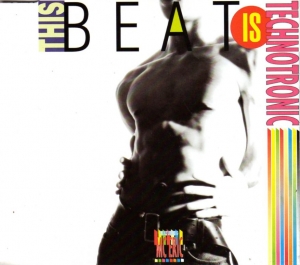 "This Beat Is Technotronic" is a song by Belgian dance group Technotronic, released as the third single from their debut album, Pump Up the Jam: The Album (1989). Featuring MC Eric on vocals, the single found its greatest success on the Billboard Hot Dance Music/Club Play chart in the United States, where it hit number three. It also peaked at number 14 in the United Kingdom. It is the follow-up to Technotronic's second single, "Get Up! ".

"Spin That Wheel" is a song by Belgian group Technotronic released under the name "Hi Tek 3 featuring Ya Kid K" in 1990. Hi Tek 3 are listed as Kovali, El Sati and Yosef. 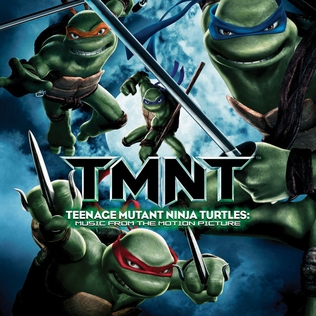 TMNT: Teenage Mutant Ninja Turtles is the licensed soundtrack to the 2007 Warner Bros. film TMNT. It was released by Atlantic Records on March 20, 2007.

Partners in Kryme was an American hip hop duo from New York City. Its members were James Alpern and Richard Usher, using the stage names of DJ Keymaster Snow and MC Golden Voice, respectively. They are most famously known for their debut single, "Turtle Power!", which was written for and featured in the movie Teenage Mutant Ninja Turtles in 1990, and became an international hit, reaching number 13 in the US and number one for four weeks in the UK. A second single, "Undercover", was released on Capitol Records, but the group never released a full-length album. Another song, "Love 2 Love U" was recorded in 1991 for the soundtrack of Cool as Ice movie. 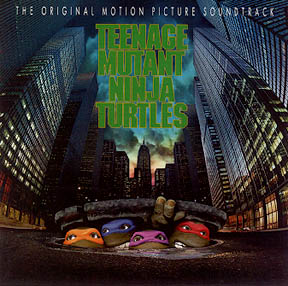 "Rockin' Over the Beat" is a song by Belgian dance act Technotronic. It was released in 1989 as the fourth and final single from the act's debut studio albu, Pump Up the Jam. It is accredited to "Technotronic featuring Ya Kid K", who co-wrote the track with Jo Bogaert. 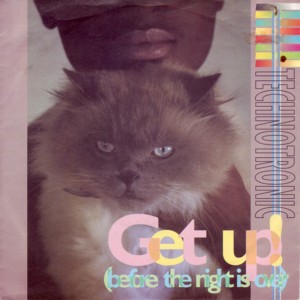 "Get Up! " is a song by Belgian musical group Technotronic featuring Ya Kid K. It was released as the second single from the band's debut album, Pump Up the Jam: The Album (1989), on which it features as the second track. The single was successful in many countries, becoming a top 10 hit in Australia, Canada, and the US and topping the chart in Belgium, Finland, Spain and Switzerland. When the song entered the UK chart at number three, it completed the first ever UK top 3 composed entirely of acts from outside the UK or US, alongside the Australian Kylie Minogue and the Irish Sinéad O'Connor. 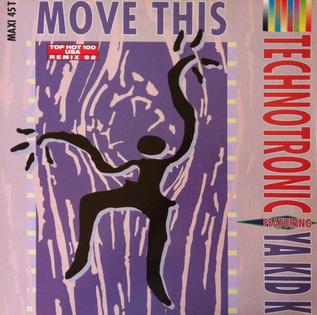 "Move This" is a song by Technotronic featuring Ya Kid K. Originally recorded in 1989 and appearing on Technotronic's debut album Pump Up the Jam: The Album, the song was re-recorded and included on The Greatest Hits. The song peaked at No. 6 on the Billboard Hot 100.

Spunkadelic were a Canadian hip-hop/R&B group best known for their songs "9.95", "Take Me Like I Am" and "Boomerang". The group consisted of singers Alicia Whittaker and Ray Guiste backed by Peter Willis on keyboards.

Trip on This: The Remixes is a remix album by the Belgian dance act Technotronic, released in 1990. While it is mainly made up of remixes from the previous year's Pump Up the Jam: The Album, it also contains new tracks and all mixes are exclusive to this album.

Teenage Mutant Ninja Turtles: Shredder's Revenge is a beat 'em up game developed by Tribute Games and published by Dotemu, based on characters from the Teenage Mutant Ninja Turtles comic books by Kevin Eastman and Peter Laird. It is inspired by and based on the 1987 Turtles animated series and borrows stylistically from the arcade and home console games developed by Konami during the 1980s and 1990s. The game was released for Windows, Linux, Nintendo Switch, PlayStation 4, and Xbox One on June 16, 2022.