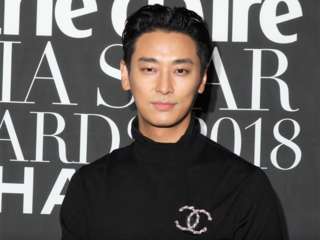 Ju Ji-hoon is a South Korean actor and model. His first leading role was in the 2006 hit drama Princess Hours. His other notable works include The Devil, Antique, Mask, Along with the Gods: The Two Worlds and its sequel, The Spy Gone North, Dark Figure of Crime and Kingdom. 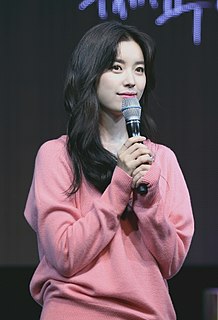 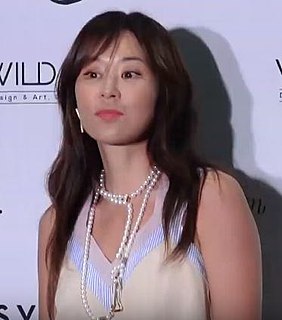 Choi Kang-hee is a South Korean actress and radio DJ. She launched her career by starring in two classic film and television series franchises, Whispering Corridors and School.

Lee Sun-kyun is a South Korean actor. After beginning his career in musical theatre, for many years Lee was relegated to minor and supporting roles onscreen, only getting to play lead characters in one-act dramas on KBS Drama City and MBC Best Theater. In one such Best Theater project, he worked with TV director Lee Yoon-jung on Taereung National Village (2005), which led to him being cast in her later series Coffee Prince in 2007. Coffee Prince, along with medical drama White Tower brought Lee mainstream popularity, which he followed with Pasta (2010), Golden Time (2012) and My Mister (2018).

Jung So-min is a South Korean actress. She made her acting debut in 2010 with a supporting role in the television series Bad Guy. She is known for her leading role in her 2010 TV series Playful Kiss, the Korean adaptation of the popular manga Itazura na Kiss. In 2020, Jung starred in the medical television series Soul Mechanic.

Yeon Woo-jin is a South Korean actor. He started in the entertainment industry as a model and gained recognition as an actor with his role in Arang and the Magistrate (2012) which earned him a nomination for Best New Actor. He expands his acting repertoire on leading roles in Marriage, Not Dating (2014), Divorce Lawyer in Love (2015), Introverted Boss (2017), Queen for Seven Days (2017) and Judge vs. Judge (2017).

Secret Love is a 2013 South Korean television series starring Hwang Jung-eum, Ji Sung, Bae Soo-bin and Lee Da-hee. It aired on KBS2 from September 25 to November 14, 2013, on Wednesdays and Thursdays at 21:55 for 16 episodes.

Naeil's Cantabile is a South Korean television series adapted from the Japanese manga Nodame Cantabile by Tomoko Ninomiya. Starring Joo Won and Shim Eun-kyung with Park Bo-gum, Go Kyung-pyo and Baek Yoon-sik, it aired on KBS2 from October 13 to December 2, 2014 for 16 episodes.

Chun Woo-hee is a South Korean actress. She made her acting debut in 2004, but first drew attention with her supporting role as a rebellious teenager in the 2011 box-office hit Sunny. In 2014, Chun received critical acclaim for her leading role as the title character in Han Gong-ju, a coming-of-age indie about a traumatized young woman trying to move on with her life after a tragedy. Her other notable films include The Piper (2015), The Beauty Inside (2015), Love, Lies (2016) and The Wailing (2016).

Kang Chan-hee, also known by his stage name Chani, is a South Korean singer and actor. He began his career as a child actor, in the television dramas Listen to My Heart (2011), The Innocent Man (2012), The Queen's Classroom (2013), interactive drama Click Your Heart (2016), crime drama Signal (2016), and high-rated drama Sky Castle (2018). In 2015, he was a part of pre-debut team Neoz School under FNC Entertainment as a member of the first group called NEOZ. He debuted in October 2016 with the group name SF9 and the single "Fanfare". 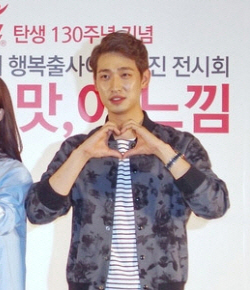 Second to Last Love is a South Korean television series starring Kim Hee-ae, Ji Jin-hee and Kwak Si-yang. It is a Korean drama remake of the Japanese television drama series Saigo Kara Nibanme no Koi which aired on Fuji TV from 2012 to 2014. It replaced Beautiful Gong Shim and aired on SBS on Saturdays and Sundays at 22:00 (KST) for 20 episodes from July 30 to October 16, 2016.