Zinnie Harris FRSE is a British playwright, screenwriter and director currently living in Edinburgh. [1] She has been commissioned and produced by the Royal Court Theatre, Royal National Theatre, the National Theatre of Scotland and the Royal Shakespeare Company. Her work is translated and performed in many countries.

Harris was born in Oxford in 1972 and brought up in Scotland. She studied zoology at Oxford University, followed by an M.A. in Theatre Direction at Hull University.

Harris's play By Many Wounds was produced by Hampstead Theatre in 1999, and was shortlisted for the Allied-Domecq and Meyer-Whitworth playwriting awards. Her second play, Further than the Furthest Thing was directed by Irina Brown and co-produced by the Tron Theatre, Glasgow and the Royal National Theatre, London in 2000. The play tells the story of the island of Tristan da Cunha and its inhabitants following a volcanic eruption in 1961. It won an Edinburgh Fringe First Award, the Peggy Ramsay Award, and the John Whiting Award and was shortlisted for the Susan Smith Blackburn Award. The actress Paola Dionisotti won the Evening Standard Best Actress Award for her performance as Mill in the original production. In the same year Harris was shortlisted for the Evening Standard Most Promising Playwright Award. Further than the Furthest Thing has been translated into multiple languages and performed across the globe, often being described as a "modern classic". [2] [3]

Her next play Nightingale and Chase, was produced by the Royal Court Theatre, London 2001 and co-commissioned by Clean Break. A trilogy of plays followed for the Royal Shakespeare Company and the Traverse Theatre Edinburgh - Solstice (2005), Midwinter (2004) and Fall (2008). Midwinter [4] was given an Arts Foundation Fellowship Award for playwriting and shortlisted for the Susan Smith Blackburn Award. It has been performed many times in translation, notably at the Royal Dramatic Theatre in Sweden (2005) [5] and at La Cartoucherie, Paris (2010). Harris adapted and directed Julie, an adaptation of Strindberg's Miss Julie , for the National Theatre of Scotland in 2006. For the Donmar Warehouse, London, she adapted Ibsen's A Doll's House in 2009, relocating the setting to Downing Street in 1909, exploring politics and scandal. By coincidence, Harris's new version opened in the week the Westminster MP's expenses scandal broke in the UK press. Gillian Anderson played the role of Nora, and Christopher Eccleston the part of Kelman (Krogstad). A subsequent production opened at the Lyceum Theatre in Edinburgh in April 2013 in a co-production with the National Theatre of Scotland.

In 2011 the National Theatre of Scotland commissioned and performed The Wheel, directed by Vicky Featherstone. The play won an Edinburgh Fringe First Award, was joint winner of the Amnesty International Freedom of Expression Award, [6] and shortlisted for the Susan Smith Blackburn Award. The Wheel had its U.S. debut at the Steppenwolf Theater of Chicago in 2013, directed by Tina Landau and starring Joan Allen. Harris' play Solstice had its U.S. debut at the Red Orchid Theatre in Chicago in January 2014, directed by Karen Kessler.

In 2015, The Royal Court Theatre produced Harris's new play, How To Hold Your Breath at the Jerwood Theatre Downstairs. It starred Maxine Peake and Michael Schaeffer and was directed by Vicky Featherstone. [7] It imagined the fall of Europe and what would happen to the Western privileged values and outlook if Europeans became the next wave of refugees. It was awarded the Berwin-Lee Award for playwriting in 2016. The play went on to have multiple productions in translation in Turkey, Greece, France and Sweden.

This Restless House was commissioned and produced by the National Theatre of Scotland and Citizens Theatre in 2016 and directed by Dominic Hill. This trilogy of plays was inspired by Aeschylus' Oresteia and retells the ancient story placing the women at the centre of the story. It was awarded Best New Play at Critics' Awards [8] and was shortlisted for the Susan Smith Blackburn award [9] and Best New Play in the UK Theatre Awards. [10] The Scotsman theatre critic Joyce McMillan described the play as a "trail-blazing 21st century adaptation". [11]

Zinnie Harris had three major new pieces of work presented at the Edinburgh International Festival in 2017. This Restless House was presented again, alongside two other of her plays, putting Harris's work in the centre of Festival Drama programme that year. [12]

Meet me at Dawn was the second of the trio of plays and was presented in a co-production between the EIF and the Traverse Theatre and directed by Orla O'Loughlin. Harris said "Meet me at Dawn is a play about love and grief. I wanted the play to have a relationship with the Orpheus and Eurydice myth, a myth that was created to address the impossibility of death; when someone dies you simply cannot accept that you will not see them again. But what if you could see your loved one one more time? The non-naturalistic form of theatre means you can imagine a bit of magic dust and give that possibility.” [13]

The third piece of work was a new version of Ionesco's classic play, Rhinoceros which Harris adapted for the EIF and the Royal Lyceum Theatre in association with DOT Theatre, Istanbul. The production was directed by the Turkish theatre director Murat Daltaban, and went on to win a host of awards at the CATS (Best Production, Best Director, Best Sound and Best Actor). [14] It was brought back to the Lyceum as part of the 2018 season.

In 2017, she adapted Ibsen's The Master Builder for the West Yorkshire Playhouse, the resultant play was called The Fall of the Master Builder and was directed by James Brining. In 2020, she adapted The Hundred and One Dalmatians by Dodie Smith for a new musical, to premiere in 2021 at Regent's Park Open Air Theatre. The production will be directed by Timothy Sheader, choreographed by Liam Steel, set and costumes designed by Katrina Linsdsay with puppetry designed and direction by Toby Olié. [15]

David Harrower is a Scottish playwright who lives in Glasgow. Harrorwer has published over 10 original works, as well as numerous translations and adaptations.

Phyllis Nagy is an American theatre and film director, screenwriter and playwright. In 2006, Nagy was nominated for the Primetime Emmy Award for writing and directing Mrs. Harris (2005), her screen debut. In 2016, Nagy received an Academy Award nomination, among numerous other accolades, for Best Adapted Screenplay for the 2015 film Carol.

The Tron Theatre is located at the corner of Trongate and Chisholm Street, in what was formerly the Collegiate Church of Our Lady and St Anne in the Merchant City area of Glasgow, Scotland. The Tron Steeple still stands adjacent to the theatre. 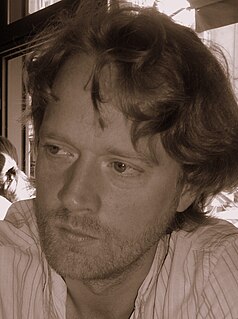 Torben Betts is an English playwright and screenwriter.

Lucy Caldwell is a Northern Irish playwright and novelist.

Steven McNicoll is an actor, director, playwright and television presenter.

Daniel Craig Jackson is a Scottish playwright, born in 1980. His first full-length play The Wall premiered at the Tron Theatre in Glasgow in 2008. It was produced by Borderline Theatre Company and was nominated for several awards including the Best New Play at the Critics' Awards for Theatre in Scotland and the Saltire Society Scottish First Book of the year. The sequel The Ducky was also produced by Borderline Theatre Company and toured in 2009. In 2010 he finished his Stewarton Trilogy with The Cooking lamb Brae. His play My Romantic History' won a Scotsman Fringe First at the 2010 Edinburgh Festival and sold out its run at the Bush Theatre London. He also took part in the Bush Theatre's 2011 project Sixty Six Books where he contributed a piece based upon a book of the King James Bible. In 2012 Jackson's play The Marriage of Figaro, an adaptation of the stage comedy by Beaumarchais and later opera by Wolfgang Amadeus Mozart was premiered at the Royal Lyceum Theatre, Edinburgh. In 2013 Jackson's play Threeway premiered at the Edinburgh Festival Fringe, Edinburgh. In 2014, another of Jackson's work Kill Johnny Glendenning received its premiere at the Lyceum before transferring to Glasgow's Citizens Theatre. 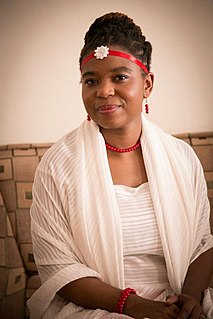 Katori Hall is an American activist, playwright, journalist, and actress from Memphis, Tennessee. Hall's best known works include Hurt Village, Our Lady of Kibeho, Children of Killers, and The Mountaintop.

Suzie Miller is an Australian-born playwright. She is based in London.

Stephen Karam is an American playwright and screenwriter. His plays Sons of the Prophet, a comedy-drama about a Lebanese-American family, and The Humans were finalists for the Pulitzer Prize for Drama in 2012 and 2016, respectively. The Humans won the 2016 Tony Award for Best Play.

Dominic Hill is Artistic Director at the Citizens Theatre, Glasgow. He took up post in October 2011.

Anna Jordan is an English playwright, director and acting tutor. Her work has been presented at The Royal Court, Royal Exchange (Manchester) and internationally, with several productions of her plays in the United States and Germany, versions in Sweden, Ireland and productions planned in New Zealand, Canada and Turkey.

Charlene James is a British playwright and screenwriter. She won substantial acclaim for her play Cuttin' It, which addresses the issue of female genital mutilation in Britain, for which she won numerous awards.

Hannah Lavery is a Scottish short story writer, poet, playwright and performer. Her poetry and prose has been published by Gutter Magazine, The Scotsman newspaper, 404 Ink, and others. 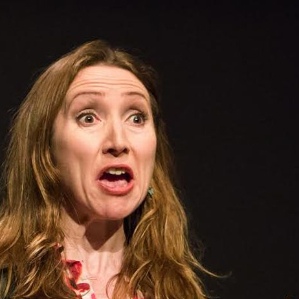 Pauline Knowles was an award-winning Scottish actress and singer who appeared on stage and television.