.sexy is a generic top-level domain owned by Uniregistry. Delegated on 14 November 2013, .sexy was the subject of controversy due to opposition from the government of Saudi Arabia and privacy concerns regarding registering domains.

.sexy, along with .tattoo, was one of the first two gTLDs launched by Uniregistry on 14 November 2013. [2] Its sunrise period, during which pre-existing trademark holders may register URLs prior to general availability to prevent domain squatting, lasted from 11 December 2013 to 9 February 2014, and it entered general availability on 25 February 2014. [3] .sexy was one of the first hundred gTLDs to be delegated. [4] Prior to its release, .sexy was one of many announced gTLDs, variously reported as 31 [5] and over 160, [6] that the Communication and Information Technology Commission of the government of Saudi Arabia objected to; other TLDs found objectionable included .gay, .casino, .sucks, .wine, and .bible. [5] [6]

On the first day of .sexy's general availability, around 2,000 domain names were registered, which commentators described as a "disappointing" low showing. The domain had a comparable number of first-day registrations as unpopular domains from Uniregistry's competitor Donuts such as .gallery and .estate. [7] [8] .sexy's launch was hampered by a lack of support from and availability at major domain name registrars such as GoDaddy, [9] based in privacy concerns around Uniregistry's demands that registrants inform Uniregistry of their real names and identities to purchase domains. [10] A number of pre-orders of .sexy domains were also stymied by domain name collision, the phenomenon where a private (intranet) domain name system queries a public one, [11] and by names that had been pre-ordered being reserved by Uniregistry. [12]

In 2015, a survey by ICANN concluded networks in Iran were systematically blocking .sexy domains. [13] In 2017, Uniregistry CEO Frank Schilling increased the price of .sexy and a number of other domains due to low uptake. Schilling stated that the costs of running a TLD demanded that low-use TLDs, such as .sexy, be sold at higher price points in order to turn a profit. [14]

According to Schilling, .sexy domains are intended "for fun, for fashion, for recreation, as a novelty, [and] for risqué content". [15] .sexy has also been associated with cybersquatting, with cybersquatters purchasing .sexy domains for major companies who rejected having their trademarks associated with adult industries; [16] such misuse was predicted prior to the domain's release, with commentators describing them as potentially costing companies "serious money". [17] Explicit content is prohibited on the home pages of websites with .sexy domains, although sites are permitted to have a landing page with a warning button that needs to be clicked through to access such content. [18]

As of 2021 [update] , there are 6,109 registered .sexy domains, making up 0.02% of all domains. NameCheap holds the plurality of the .sexy market share with 20.7%, although 35.9% of .sexy domains are registered by registries outside the top ten. [1] The domain's lack of popularity was described by domain expert Kevin Murphy as a failure of Schilling's own practices:

You can put pretty much any profession or product name in front of a .guru and it is meaningful as a brand or a rather grandiose self-appointed title. Not so with .sexy. Ironically, this appears to be [Schilling's] "Toilet Paper Test" in action. Schilling argues that the test of how generic, and by extension popular, a gTLD is should be whether toiletpaper.[tld] works. I think toiletpaper.guru works, but toiletpaper.sexy does not.

The Internet Corporation for Assigned Names and Numbers is an American multistakeholder group and nonprofit organization responsible for coordinating the maintenance and procedures of several databases related to the namespaces and numerical spaces of the Internet, ensuring the network's stable and secure operation. ICANN performs the actual technical maintenance work of the Central Internet Address pools and DNS root zone registries pursuant to the Internet Assigned Numbers Authority (IANA) function contract. The contract regarding the IANA stewardship functions between ICANN and the National Telecommunications and Information Administration (NTIA) of the United States Department of Commerce ended on October 1, 2016, formally transitioning the functions to the global multistakeholder community.

The domain name info is a generic top-level domain (gTLD) in the Domain Name System (DNS) of the Internet. The name is derived from information, although registration requirements do not prescribe any particular purpose.

Domain name speculation is the practice of identifying and registering or acquiring Internet domain names as an investment with the intent of selling them later for a profit.

Generic top-level domains (gTLDs) are one of the categories of top-level domains (TLDs) maintained by the Internet Assigned Numbers Authority (IANA) for use in the Domain Name System of the Internet. A top-level domain is the last level of every fully qualified domain name. They are called generic for historic reasons; initially, they were contrasted with country-specific TLDs in RFC 920. 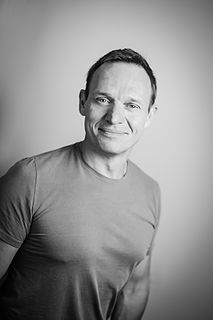 Frank T. Schilling is a Canadian-Caymanian Internet-investor and the founder of the Cayman Islands based Uniregistry Corporation.

An internationalized country code top-level domain is a top-level domain in the Domain Name System (DNS) of the Internet. IDN ccTLDs are specially encoded domain names that are displayed in an end user application, such as a web browser, in their language-native script or alphabet, such as the Arabic alphabet, or a non-alphabetic writing system, such as Chinese characters. IDN ccTLDs are an application of the internationalized domain name system to top-level Internet domains assigned to countries, or independent geographic regions.

A landrush period is the time during which domain names are available for registration, usually to a closed group, to entities that do not own a trademark in the name they wish to register, for example generic terms like loan or car, and thus would not qualify for registration during the sunrise period. Orders may or may not be treated on a first-come-first-served basis. This period follows the sunrise period just after the launch of a new top-level domain or second-level domain during which, for example, owners of trademarks may register a domain name containing the owned mark, but a landrush period precedes a period of general availability, when any qualifying entity can register any name on a first come first-served basis.

The domain name Dot Chinese Website (.中文网) is a new generic top-level domain (gTLD) in the Domain Name System (DNS) of the Internet. Dot Chinese Website is among one of many listed top level domains. Created along with the partner domain name Dot Chinese Online (.在线) by TLD Registry through Internet Corporation for Assigned Numbers and Names (ICANN)’s new gTLD program launched in April 28, 2014. TLD Registry was founded in June 2008 in Finland with the mission to create essential new Chinese TLDs - intended mainly towards a Chinese-speaking audience. Because it is displayed in a simplified Chinese character language specific script, Dot Chinese Website is known as an Internationalized Domain Name (IDNs).

The Trademark Clearinghouse is a database of validated and registered trademarks established by ICANN to assist trademark holders prevent infringing behavior in the Domain Name System. In combination with the Uniform Rapid Suspension System (URS), it is the second significant attempt by ICANN to handle the "Trademark Dilemma". The first attempt was the Uniform Domain-Name Dispute-Resolution Policy.

Top Level Design is a company based in Portland, Oregon, in the United States, and the domain name registry for the generic top-level domains (gTLD) .wiki, .ink, .design, and .gay. Ray King serves as its chief executive officer (CEO).

.hiv is a generic top-level domain (gTLD) proposed by the Berlin-based nonprofit dotHIV and owned by Uniregistry as of September 2014. It is the first open charitable gTLD and its ICANN designation states that the domain's operator is precluded from making a profit. Funds raised from .hiv domain sales will initially benefit projects to increase access to HIV/AIDS treatment in Rwanda, South Africa, Turkey, and the United States.

.wtf is a generic top-level domain (gTLD) run by Donuts, a gTLD registry. It is derived from "WTF", an online acronym for "what the fuck?".

.guru is a generic top-level domain (gTLD) owned by Donuts. It was delegated on 6 November 2013.