The 2017 FIBA Women's AfroBasket was the 23rd AfroBasket Women, played under the rules of FIBA, the world governing body for basketball, and FIBA Africa. The tournament was hosted by Mali from 18 to 27 August, with games played at Bamako. The winners and runners-up qualified for the 2018 FIBA Women's Basketball World Cup. [1] [2] [3]

The FIBA Africa Women's Championship is the women's basketball continental championship of Africa, played biennially under the auspices of the Fédération Internationale de Basketball, the basketball sport governing body, and the African zone thereof. The tournament also serves to qualify teams for participation in the quadrennial FIBA World Championship for Women and the Olympic basketball tournament.

The International Basketball Federation, more commonly known as FIBA, from its French name Fédération internationale de basket-ball, is an association of national organizations which governs the sport of basketball worldwide. Originally known as the Fédération internationale de basket-ball amateur, in 1989 it dropped the word amateur from its name but retained the acronym; the "BA" now represents the first two letters of basketball.

Nigeria won their third title after defeating Senegal 65–48 in the final. [4]

Bamako is the capital and largest city of Mali, with a population of 2,009,109. In 2006, it was estimated to be the fastest-growing city in Africa and sixth-fastest in the world. It is located on the Niger River, near the rapids that divide the upper and middle Niger valleys in the southwestern part of the country. 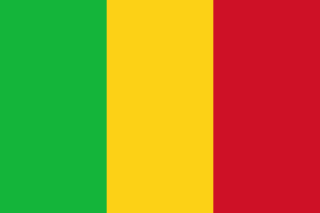 Evelyn Akhator is a Nigerian professional women's basketball forward/center. She was drafted by the Dallas Wings of the Women's National Basketball Association (WNBA) as the 3rd overall pick in the 2017 WNBA Draft. She plays for the Turkish side Besiktas. 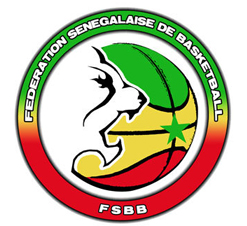 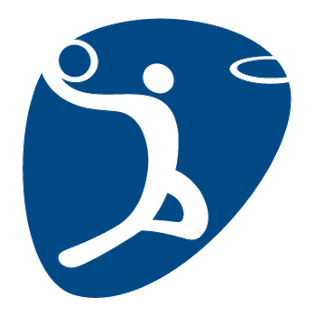 Basketball at the 2016 Summer Olympics in Rio de Janeiro, Brazil was held from 6 to 21 August 2016. The preliminary and knockout matches for men were played inside the Carioca Arena 1 in Olympic Park which seats up to 16,000 spectators, and the matches for women were played in Youth Arena. This marked the first time that the men's and women's Olympic tournaments were played in multiple/separate venues. Hosting country, Brazil, failed to make it to the quarterfinals of both the men's and women's division after being eliminated from the group stage. Three countries in both categories took all of the medals: United States, Serbia and Spain.

The EuroBasket 2017 was the 40th edition of the EuroBasket championship that was organized by FIBA Europe and held between 31 August and 17 September 2017. Beginning from 2017, the continental championships take place every four years with a similar system of qualification as for the FIBA Basketball World Cup.

The women's tournament in basketball at the 2016 Olympic Games in Rio de Janeiro began on 6 August and ended on 20 August 2016.

The 2015 FIBA Africa Championship for Women was the 22nd AfroBasket Women, played under the rules of FIBA, the world governing body for basketball, and FIBA Africa. The tournament was hosted by Cameroon from 24 September to 3 October, with games played at the Yaoundé. The winners qualified for the 2016 Summer Olympics.

The 2017 European Women Basketball Championship, commonly called EuroBasket Women 2017 was the 36th edition of the continental tournament in women's basketball, sanctioned by the FIBA Europe. The tournament was awarded to Czech Republic after winning the bid to Serbia. The tournament also serves as a qualification for the 2018 FIBA Women's Basketball World Cup in Spain, with the top five nations qualifying. As hosts Spain finished in the top five, the sixth placed team also qualified.

Adaora Nnenna Elonu,, is a Nigerian-American basketball forward, who currently plays for the Nigerian's national team and the Atlanta Dream. Elonu played college basketball for Texas A&M, with whom she won the 2011 NCAA Championship.

AfroBasket 2017 was the 29th edition of the AfroBasket, a men's basketball continental championship of Africa. The tournament was jointly hosted by Tunisia and Senegal. Angola was proposed by FIBA Africa to host the tournament, an offer declined as the country is holding general elections in the same period.

The 2018 FIBA Women's Basketball World Cup, the 18th edition of FIBA's premier international tournament for women's national basketball teams, was held in Tenerife, Canary Islands, Spain from 22 to 30 September 2018. This was the first edition to use the name of FIBA Women's Basketball World Cup. After the last edition in 2014, FIBA changed the name of the competition from the FIBA World Championship for Women, in order to align its name with that of the corresponding men's competition.

The 2017 FIBA Women's AmeriCup was held in Buenos Aires, Argentina from 6 to 13 August 2017. It awarded three spots for FIBA Americas to the 2018 FIBA Women's Basketball World Cup in Spain.

The 2019 FIBA Basketball World Cup qualification (Africa) process determined the five African teams that will participate at the 2019 FIBA World Cup. It was held from November 2017 to February 2019.

The 2019 European Women Basketball Championship, commonly called EuroBasket Women 2019 will be the 37th edition of the continental tournament in women's basketball, sanctioned by the FIBA Europe. The tournament will be co-held in Serbia and Latvia from 27 June to 7 July 2019.

The AfroBasket Women Most Valuable Player Award is a FIBA award given every two years, to the Most Outstanding player throughout the tournament.

The AfroBasket Women All-Tournament Team is a FIBA award given every two years, awarded to the five strongest competitors throughout the tournament.