A Cloud of Red Dust

A Cloud of Red Dust is the debut album by jazz vibraphonist Stefon Harris. It was recorded in 1997 and released by Blue Note Records.

Blue Note Records is an American jazz record label that is owned by Universal Music Group and operated with Decca Records. Established in 1939 by Alfred Lion and Max Margulis, it derives its name from the blue notes of jazz and the blues. Originally dedicated to recording traditional jazz and small group swing, from 1947 the label began to switch its attention to modern jazz. Although the original company did not record many of the pioneers of bebop, significant exceptions are Thelonious Monk, Fats Navarro and Bud Powell.

The album was recorded in October 1997. [2] Most of the material was composed by Harris. [1] For the album release, the tracks were connected with "short interludes to create an almost continuous suite". [2]

A Cloud of Red Dust was released by Blue Note Records. [2] The Penguin Guide to Jazz commented on Harris's "flowing lyricism, grafted onto a swinging shuffle beat, a combination of metres that is always threatening to fall apart but never quite does". [2] The AllMusic reviewer concluded: "As a whole, A Cloud of Red Dust offers a fine baseline from which to track Stefon Harris' development as perhaps the next great vibraphone stylist." [1]

The Penguin Guide to Jazz is a reference work containing an encyclopedic directory of jazz recordings on CD which are currently available in Europe or the United States. The first nine editions were compiled by Richard Cook and Brian Morton, two well known chroniclers of jazz resident in the United Kingdom.

The vibraphone is a musical instrument in the struck idiophone subfamily of the percussion family. It consists of tuned metal bars, and is usually played by holding two or four soft mallets and striking the bars. A person who plays the vibraphone is called a vibraphonist or vibraharpist. 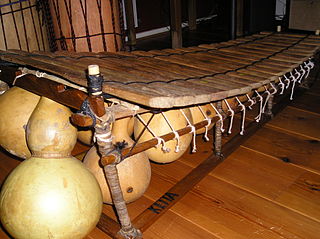 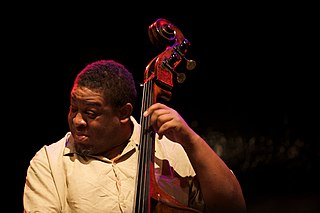 Dwayne Allen Burno was an American jazz bassist born in Philadelphia, Pennsylvania who became a first-call musician on the New York jazz scene.

Somethin' Else is a jazz album by saxophonist Julian "Cannonball" Adderley, released on Blue Note Records in 1958. Also on the session is trumpeter Miles Davis in one of his handful of recording dates for Blue Note. Adderley was a member of Davis' group at the time this album was recorded. The Penguin Guide to Jazz selected this album as part of its suggested "Core Collection." 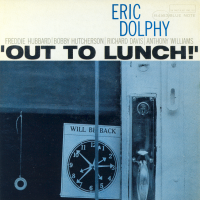 Out to Lunch! is a 1964 album by jazz multi-instrumentalist Eric Dolphy. His only recording for Blue Note as a leader, it was originally issued as BLP 4163 and BST 84163. Today it is generally considered one of the finest albums in the label's history, as well as one of the high points in 1960s avant-garde jazz and in Dolphy's discography. 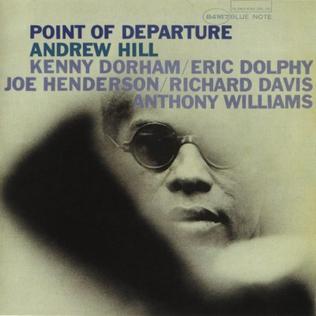 Point of Departure is a studio album by American jazz pianist and composer Andrew Hill, recorded and released in 1965 on the Blue Note label.

Dialogue is an album by jazz vibraphonist Bobby Hutcherson, released on the Blue Note label in 1965. This was Hutcherson's first LP released as bandleader following work with Eric Dolphy. The album features four Andrew Hill compositions and two Joe Chambers pieces. It has received widespread critical acclaim and is considered by most critics one of Hutcherson's greatest achievements. 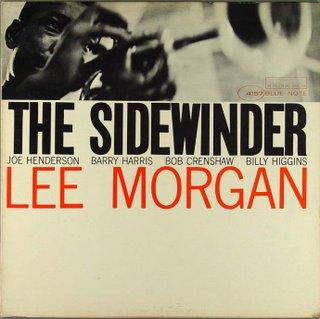 The Sidewinder is a 1964 album by the jazz trumpeter Lee Morgan, recorded at the Van Gelder Studio in Englewood, New Jersey, U.S. It was released on the Blue Note label as BLP 4157 and BST 84157.

...And His Mother Called Him Bill is a studio album by Duke Ellington recorded in the wake of the 1967 death of his long-time collaborator, Billy Strayhorn. It won the Grammy Award for Best Large Jazz Ensemble Album in 1969. 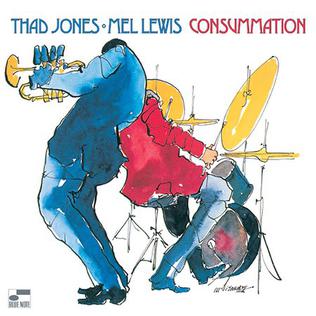 Consummation is an album by the Thad Jones/Mel Lewis Jazz Orchestra. It was released in 1970 on Blue Note Records and re-released in 2002. It was recorded at A&R Studios in New York City. The album was nominated for a 1970 Grammy award in the "Best Jazz Performance - Large Group..." category. All tracks are also included on Mosaic's limited edition boxed set, The Complete Solid State Recordings of the Thad Jones/Mel Lewis Orchestra. 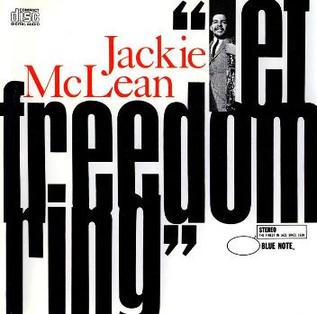 Let Freedom Ring is an album by jazz saxophonist Jackie McLean, recorded in 1962 and released on the Blue Note label. 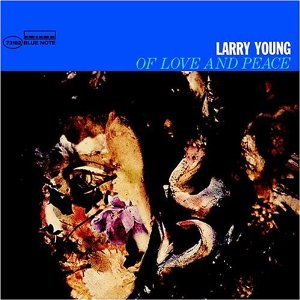 Of Love and Peace is an album by organist Larry Young. It was recorded in 1966 and was released by Blue Note Records.

Blu Blu Blu is an album by Muhal Richard Abrams released on the Italian Black Saint label in 1991 and features performances of eight of Abrams compositions by a big band. Abrams dedicated the title track on the album to Muddy Waters.

Things to Come from Those Now Gone is the third album by Muhal Richard Abrams which was released on the Delmark label in 1975 and features performances of seven of Abrams' compositions by Abrams with varying line-ups that include Wallace McMillan, Edwin Daugherty, Richard Brown, Emanuel Cranshaw, Reggie Willis, Rufus Reid, Steve McCall and Wilbur Campbell with vocals by Ella Jackson.

Urbanus is the seventh album by jazz vibraphonist Stefon Harris. It was released in August 2009 on Concord Records, Harris's first release with the label, his previous six releases were on Blue Note Records. The self-produced album was Harris's second with his band Blackout, the first being 2004's Evolution. It reached number 15 on the Billboard Top Traditional Jazz Albums chart and was nominated for the 2010 Grammy Award for Best Contemporary Jazz Album.

The Teddy Charles Tentet is a 1956 jazz album featuring a tentet led by multi-instrumentalist Teddy Charles. Critically well received, the album is listed as one of the "Core Collection" albums in The Penguin Guide to Jazz and an essential recording in 2000's The Essential Jazz Records: Modernism to Postmodernism. Released originally in high fidelity vinyl by Atlantic, the album has been reissued on CD and LP multiple times since 2001.

Live in 3⅔/4 Time is a live album by trumpeter Don Ellis recorded in 1966 at the Pacific Jazz Festival and Shelly's Manne-Hole in 1967 and released on the Pacific Jazz label. The title comes from the composition "Upstart" which is in 3⅔
4 time signature but is more commonly expressed as 11
8.

Electric Bath is an album by trumpeter Don Ellis recorded in 1967 and released on the Columbia label. 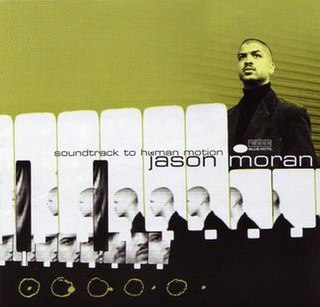 Soundtrack to Human Motion is the debut album led by American pianist and composer Jason Moran which was recorded in 1998 and released on the Blue Note label the following year.