The Penguin Guide to Jazz

The Penguin Guide to Jazz is a reference work containing an encyclopedic directory of jazz recordings on CD which were (at the time of publication) currently available in Europe or the United States. The first nine editions were compiled by Richard Cook and Brian Morton, two chroniclers of jazz resident in the United Kingdom.

Richard Cook died in 2007, prior to the completion of the 9th edition (2008). [2] [3] Penguin released The Penguin Jazz Guide: The History of the Music in the 1001 Best Albums in December 2010, which contains fewer reviews and a different format from previous editions. [4]

In the first nine editions, artists were listed alphabetically and the entries began with short (usually one paragraph) biographies before a comprehensive listing of a musicians' available recordings in the United Kingdom at that time. Each disc was given a rating of up to four stars and details of its label and catalogue number, musicians featured on the disc, month and year of the recording or the span of time in which the tracks were recorded and finally a review of varying length. Often a number of discs were reviewed together.

Two extra features, author's picks (crowns) and "core collections", were added to succeeding editions. The first showed entries flagged as personal favorites while the latter made special note of the "more essential" albums for a jazz CD collection. John Eyles comments in a review that "the implication is that the choices for crowns are subjective, while the Core Collection is somehow more objective", when in fact both lists are decided upon by the same two editors. [5]

Bootlegs and limited-edition Mosaic Records releases were excluded. Some various-artists compilations were reviewed in the first edition but were dropped in later editions. Due to the increasing numbers of CDs on the market, space limitations and depth of coverage became an increasing problem: in the 7th edition, for instance, the index was dropped to save space, but it was restored in the 8th edition (though a number of entries were dropped or shortened to make room for it).

In the tenth edition, titled The Penguin Jazz Guide (2010), Morton revised his and Cook's entries from previous editions, and pared down the content to 1001 reviews of what Morton had selected as the best jazz recordings. [4] Morton also presented the reviews in chronological order by recording dates, rather than alphabetically by artist, and included historical context for the recordings as well as biographical details. [3] The tenth edition also dispensed with the starred rating system, the Core Collection, and Crown accolades. [6]

Though the first nine editions did not "spring any great surprises", the book "has a tried and trusted formula that works". It is also praised as being "of equal value to both experienced jazz listeners and novices". [5] Alison Kerr, reviewing the 2010 Penguin Jazz Guide in The Herald , noted the lack of an index as a hindrance, but cited the chronological format as one of the book's strengths. [3] Kerr also noted the subjective nature of Morton's selection of the best jazz albums. [3]

The Real McCoy is the seventh album by jazz pianist McCoy Tyner and his first released on the Blue Note label. It was recorded on April 21, 1967 following Tyner's departure from the John Coltrane Quartet and features performances by Tyner with tenor saxophonist Joe Henderson, bassist Ron Carter and drummer Elvin Jones. Producer Alfred Lion recalls the recording session as a "pure jazz session. There is absolutely no concession to commercialism, and there's a deep, passionate love for the music embedded in each of the selections". 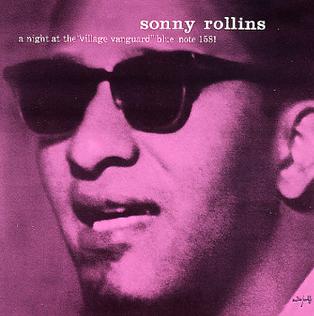 A Night at the Village Vanguard is a live album by tenor saxophonist Sonny Rollins released on Blue Note Records in 1958. It was recorded at the Village Vanguard in New York City in November 1957 from three sets, two in the evening and one in the afternoon with different sidemen. For the afternoon set, Rollins played with Donald Bailey on bass and Pete LaRoca on drums; in the evening they were replaced respectively by Wilbur Ware and Elvin Jones. 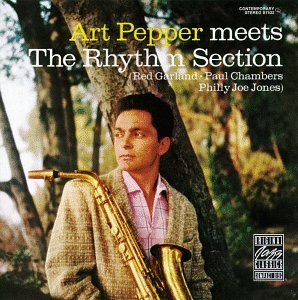 Arthur W. Hodes, was a Russian Empire-born American jazz and blues pianist. He is regarded by many critics as the greatest white blues pianist. 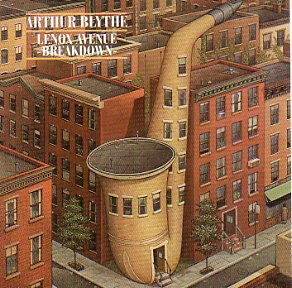 Lenox Avenue Breakdown is an album by jazz saxophonist Arthur Blythe. It was released by Columbia Records in 1979 and reissued by Koch Jazz in 1998. The album reached No. 35 on the Billboard Jazz Albums chart in 1979. 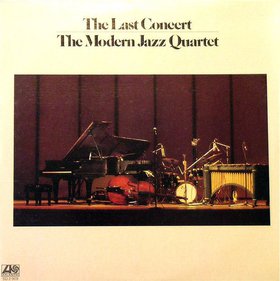 The Complete Last Concert is a double CD live album by American jazz group the Modern Jazz Quartet featuring performances recorded at Avery Fisher Hall in 1974 and released on the Atlantic label originally as a double album The Last Concert (1975) and More from the Last Concert (1981) before the complete edition was released in 1988.

Jazz Advance is the debut album by pianist Cecil Taylor, recorded for the Transition label in September 1956. The album features performances by Taylor with Buell Neidlinger, Denis Charles and Steve Lacy. 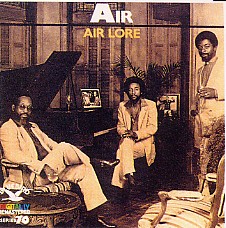 Air Lore is an album by the improvisational trio Air featuring Henry Threadgill, Steve McCall, and Fred Hopkins performing compositions by Jelly Roll Morton and Scott Joplin. It was reissued on compact disc by Bluebird/RCA in 1987 and included in the eight-CD box set, Complete Novus and Columbia Recordings of Henry Threadgill and Air on Mosaic Records. 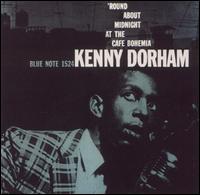 'Round About Midnight at the Cafe Bohemia is a live album by American jazz trumpeter Kenny Dorham. The album was recorded in 1956 at the Café Bohemia and released in 1957 on the Blue Note label. The original release featured 6 tracks; another 11 tracks, including some alternate takes was released in 1984 on the Japanese Blue Note label, as BNJ 61003/61004. A complete edition was released as a double-CD set in 2002. 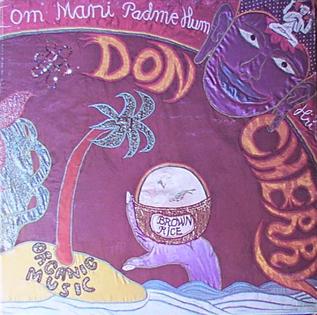 Brown Rice, reissued as Don Cherry, is a studio album recorded in 1975 by trumpeter Don Cherry.

Mulgrew Miller was an American jazz pianist. His appearances on record date from at least 1980 to 2012, the year before his death. They include more than 15 albums under his own name. 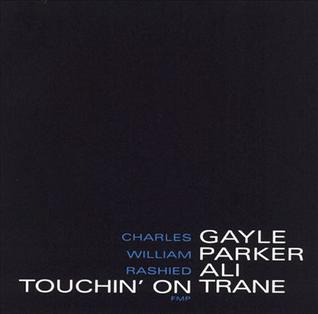 Touchin' on Trane is a live album by American jazz saxophonist Charles Gayle, bassist William Parker, and percussionist Rashied Ali, featuring performances inspired by John Coltrane which were recorded in Germany in 1993 for the FMP label.

Last Year's Ghost is the debut album by Loose Assembly, a quintet led by American jazz drummer Mike Reed featuring alto saxophonist Greg Ward, vibraphonist Jason Adasiewicz, cellist Tomeka Reid and bassist Josh Abrams. It was released in 2007 on 482 Music. The recording started in 2005 and completed in 2006, but the original sessions were lost and the album is a re-creation of the lost recordings.

2gether is an album by cornetist and fluegelhornist Warren Vaché and pianist Bill Charlap released on the German Nagel-Heyer label in 2001.

2 Ts for a Lovely T is a 10-CD limited-edition live album by American pianist Cecil Taylor. It was recorded during August 27 - September 1, 1990 at Ronnie Scott's Jazz Club in London, and was released in 2002 on the Codanza label. The album features the group known as the "Feel Trio," with Taylor on piano, William Parker on bass, and Tony Oxley on drums. 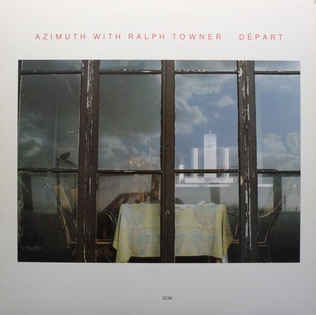 Départ is an album by British jazz trio Azimuth, whose members were vocalist Norma Winstone, pianist John Taylor, and trumpeter Kenny Wheeler. It was recorded in December 1979 at Talent Studios in Oslo, and was released in 1980 by ECM. On the album, the group is joined by guitarist Ralph Towner.