A Yank in Korea

A Yank in Korea is a 1951 American war film directed by Lew Landers and starring Lon McCallister. It was one of the first films about the Korean War. [1]

A tough sergeant has to teach a hotshot young soldier how to be a team player. 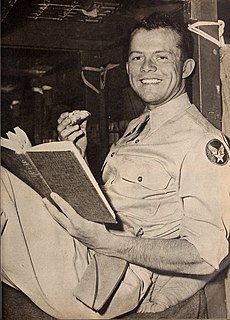 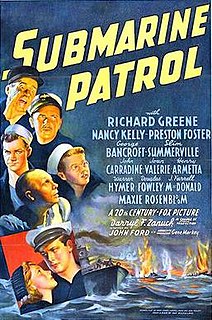 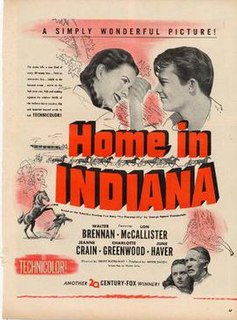 Home in Indiana is a 1944 Technicolor film directed by Henry Hathaway. The film, that stars Walter Brennan, Lon McCallister, Jeanne Crain, June Haver and Charlotte Greenwood, is based on the novel The Phantom Filly by George Agnew Chamberlain. The film was remade in 1957 as April Love. 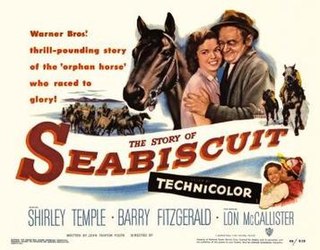 The Story of Seabiscuit is a 1949 American drama film directed by David Butler and starring Shirley Temple and Barry Fitzgerald in a semi-fictionalized account of racehorse Seabiscuit, the top money winner up to the 1940s. The screenplay was written by John Taintor Foote, uses the actual racehorse names, but changed the names of people involved.

Winged Victory is a 1944 American drama film directed by George Cukor, a joint effort of 20th Century-Fox and the U.S. Army Air Forces. Based upon the 1943 play of the same name by Moss Hart, who also wrote the screenplay, the film opened only after the play's theatre run. The film version of Winged Victory used many of the Broadway cast, who were brought to Hollywood. 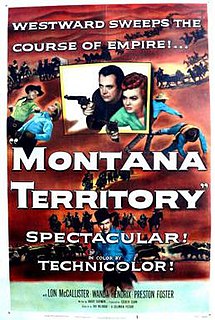 Montana Territory is a 1952 American Western film directed by Ray Nazarro and starring Lon McCallister, Wanda Hendrix, Preston Foster. It is a classic western movie, with bandits, a corrupt sheriff, and a hero who falls for a beautiful woman.

Thunder in the Valley, sometimes known as Bob, Son of Battle, is a 1947 American drama film directed by Louis King and starring Lon McCallister, Peggy Ann Garner and Edmund Gwenn. It is based on the 1898 novel Owd Bob by Alfred Ollivant.

Korea Patrol is a 1951 American war film directed by Max Nosseck and starring Richard Emory and Benson Fong. It was released by Eagle-Lion Films. Together with Sam Fuller’s The Steel Helmet and Sam Katzman’s A Yank in Korea, it was one of the first Hollywood films exploiting the Korean War. The film's sets were designed by the art director Fred Preble.

Battle Zone is a 1952 American Korean War war film. Sequences of the film were shot at Camp Pendleton, California. 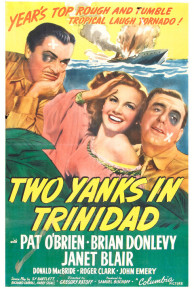 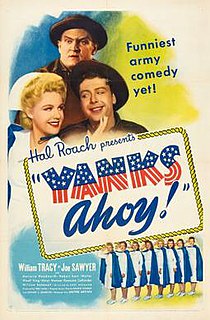 That Other Woman is a 1942 American comedy film directed by Ray McCarey, written by Jack Jungmeyer, and starring Virginia Gilmore, James Ellison, Dan Duryea, Janis Carter, Alma Kruger and Lon McCallister. It was released on November 13, 1942, by 20th Century Fox.

Lon is a given name, nickname, stage name and surname. It may refer to:

Combat Squad is a 1953 American war film directed by Cy Roth and starring John Ireland, Lon McCallister and Hal March. It is set during the Korean War. 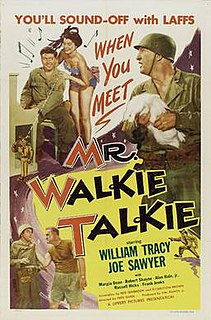 Mr. Walkie Talkie is a 1952 American comedy film directed by Fred Guiol and starring William Tracy, Joe Sawyer and Margia Dean. Released by Lippert Pictures, it is the final film of the Doubleday and Ames army comedy films originally produced by Hal Roach with the pair returning for service in the Korean War.

The Boy from Indiana is a 1950 American sports drama film directed by John Rawlins and starring Lon McCallister, Billie Burke and George Cleveland. The film's sets were designed by the art director Lucius O. Croxton.