The Abortion Act 1967 is an Act of the Parliament of the United Kingdom legalising abortions on certain grounds by registered practitioners, and regulating the tax-paid provision of such medical practices through the National Health Service (NHS).

It was introduced by David Steel as a Private Member's Bill, but was backed by the government, who appointed the president of the Royal College of Obstetricians and Gynaecologists, Sir John Peel, to chair a medical advisory committee that reported in favour of passing the bill. [2]

After a further heated political and moral debate, under a free vote, it was passed on 27 October 1967, coming into effect on 27 April 1968.

The Act made abortion legal on a wide number of grounds in all of Great Britain (but not Northern Ireland) up to 28 weeks' gestation.

The Act does not extend to Northern Ireland, where abortion was illegal unless the doctor acted "only to save the life of the mother", or if continuing the pregnancy would have resulted in the pregnant woman becoming a "physical or mental wreck". The situation was the same as it was in England before the introduction of the Abortion Act 1967.

At midnight, on 21 October 2019, due to the Northern Ireland Assembly failing to restore devolution, sections 58 and 59 of the Offences Against the Person Act 1861 were repealed, decriminalising abortion. As such, there is no need for the exemptions in the Abortion Act 1967 to extend to Northern Ireland. [3]

Changes to the Abortion Act 1967 were introduced in Parliament through the Human Fertilisation and Embryology Act 1990. The time limits were lowered from 28 to 24 weeks for most cases on the grounds that medical technology had advanced sufficiently to justify the change. Restrictions were removed for late abortions in cases of risk to life, fetal abnormality, or grave physical and mental injury to the woman. Some Members of Parliament claimed not to have been aware of the vast change the decoupling of the Infant Life Preservation Act 1929 would have on the Abortion Act 1967, particularly in relation to the unborn disabled child.[ citation needed ]

Politicians from the unionist and nationalist parties in Northern Ireland joined forces on 20 June 2000 to block any extension of the Abortion Act 1967 to Northern Ireland where terminations were only allowed on a restricted basis. [9]

There was widespread action across the country to oppose any attempts to restrict abortion access [10] [11] [12] via the Human Fertilisation and Embryology Bill (now Act) in Parliament (Report Stage and Third Reading 22 October 2008 [13] ). MPs voted to retain the current legal limit of 24 weeks. Amendments proposing reductions to 22 weeks and 20 weeks were defeated by 304 to 233 votes and 332 to 190 votes respectively. [14]

A number of abortion rights amendments were proposed by Diane Abbott MP, [15] Katy Clark MP and John McDonnell MP [16] - including NC30 Amendment of the Abortion Act 1967: Application to Northern Ireland. [17] However, it was reported that the Labour Government at the time asked MPs not to table these amendments (and at least until Third Reading) and then allegedly used parliamentary mechanisms in order to prevent a vote. [18] Harriet Harman, in particular, was reported to have blocked the series of votes to liberalise Britain's abortion laws. [19] [20] [21] [22]

In May 2017, the Labour Party under Jeremy Corbyn's leadership made a commitment to extend the Abortion Act 1967 to Northern Ireland. [23] [24] In June 2017, the UK Government revealed plans to provide some type of free abortion services in England for women from Northern Ireland in an attempt to head off a Conservative rebellion in a vote on the Queen's speech. [25]

Abortion in the United Kingdom is de facto available through the Abortion Act 1967 in Great Britain, and the Abortion (No.2) Regulations 2020. The Abortion Act 1967 provides a legal defence for doctors to perform abortions, though abortion also remains a criminal offence under the Offences Against the Person Act 1861. Although a number of abortions did take place before the 1967 Act, there have been around 10 million abortions in the United Kingdom. Around 200,000 abortions are carried out in England and Wales each year and just under 14,000 in Scotland; the most common reason cited under the ICD-10 classification system for around 98% of all abortions is "risk to woman's mental health."

Harriet Ruth Harman is a British politician and solicitor who has served as Member of Parliament (MP) for Camberwell and Peckham, formerly Peckham, since 1982. A member of the Labour Party, she has served in various Cabinet and Shadow Cabinet positions. 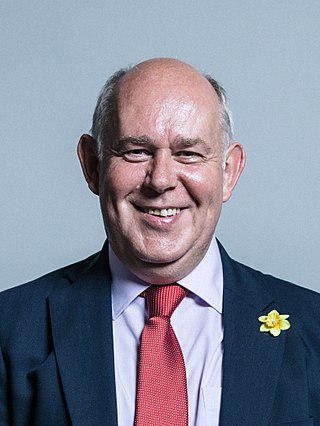 Albert Owen is a Welsh Labour Party politician who served as Member of Parliament (MP) for Ynys Môn from 2001 to 2019. He took the seat in the 2001 election from Plaid Cymru with a margin of exactly eight hundred votes and retained the seat at the four subsequent general elections. During his time in Parliament, he was a member of the Business, Energy and Industrial Strategy Select Committee, Welsh Affairs Select Committee and the International Development Committee. He was also a member of the Speaker's Panel of Chairs and vice-chair of the all-party parliamentary group on cancer.

The Gender Recognition Act 2004 is an act of the Parliament of the United Kingdom that allows people who have gender dysphoria to change their legal gender. It came into effect on 4 April 2005.

The Sexual Offences Act 1967 is an Act of Parliament in the United Kingdom. It legalised homosexual acts in England and Wales, on the condition that they were consensual, in private and between two men who had attained the age of 21. The law was extended to Scotland by the Criminal Justice (Scotland) Act 1980 and to Northern Ireland by the Homosexual Offences Order 1982.

The Criminal Justice (Scotland) Act 1980 is an Act of Parliament in the United Kingdom. It decriminalized private homosexual acts between two consenting adults in Scotland when it came into effect on 1 February 1981.

"Subject to the provisions of this section, a homosexual act in private shall not be an offence provided that the parties consent thereto and have attained the age of twenty-one years." (§80:1) 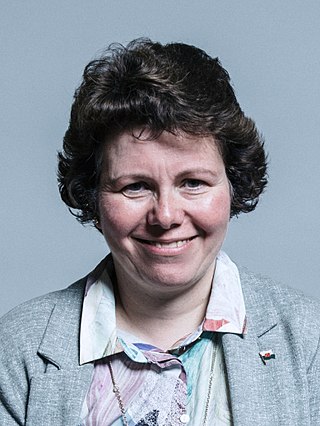 Susan Elan Jones is a former British Labour Party politician, who was elected at the 2010 general election as the Member of Parliament (MP) for Clwyd South, replacing the previous Labour MP Martyn Jones after his retirement. She returned to the voluntary sector after leaving Parliament.

The Parliamentary Voting System and Constituencies Act 2011(c. 1) is an Act of the Parliament of the United Kingdom that made provision for the holding of a referendum on whether to introduce the Alternative Vote system in all future general elections to the UK Parliament and also made provision on the number and size of parliamentary constituencies. The Bill for the Act was introduced to the House of Commons on 22 July 2010 and passed third reading on 2 November by 321 votes to 264. The House of Lords passed the Bill, with amendments, on 14 February 2011, and after some compromises between the two Houses on amendments, it received Royal Assent on 16 February 2011.

In the United Kingdom, a parliamentary by-election occurs following a vacancy arising in the House of Commons. They are often seen as a test of the rival political parties' fortunes between general elections.

The European Union Act 2011 was an Act of the Parliament of the United Kingdom, requiring that a referendum be held on amendments of the Treaty on European Union or the Treaty on the Functioning of the European Union. Introduced in the House of Commons by Her Majesty's Principal Secretary of State for Foreign and Commonwealth Affairs, William Hague on 11 November 2010, the Bill received its Second Reading by 330-195 on 7 December, and was passed by the Commons on 8 March 2011. The Bill was read a second time in the Lords on 22 March, after a hostile reception by Peers. The Act received Royal Assent on 19 July 2011.

The European Union (Withdrawal) Act 2018 is an Act of the Parliament of the United Kingdom that provides both for repeal of the European Communities Act 1972, and for parliamentary approval to be required for any withdrawal agreement negotiated between the Government of the United Kingdom and the European Union. The bill's passage through both Houses of Parliament was completed on 20 June 2018 and it became law by Royal Assent on 26 June. 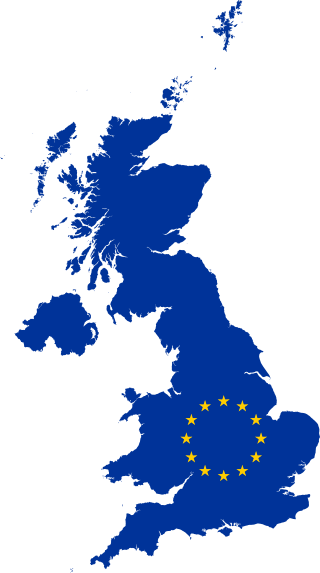 Parliamentary votes on Brexit, sometimes referred to as "meaningful votes", were the parliamentary votes under the terms of Section 13 of the United Kingdom's European Union (Withdrawal) Act 2018, which requires the government of the United Kingdom to bring forward an amendable parliamentary motion at the end of the Article 50 negotiations between the government and the European Union in order to ratify the Brexit withdrawal agreement.

The Northern Ireland Act 2019, colloquially known as the 2019 Northern Ireland Act, is an Act of the Parliament of the United Kingdom that provided for the extension of the period for forming a Northern Ireland executive until 13 January 2020. The Act also extended the powers of the Secretary of State for Northern Ireland during this time whilst imposing several conditions. The Act requires that the Secretary of State report regularly to Parliament, designed to limit the ability of the sovereign to prorogue parliament, as well as providing for the legalisation of same-sex marriage and opposite-sex civil partnership in Northern Ireland and the liberalisation of abortion laws if no executive was formed by midnight on 21 October 2019. After the deadline passed, abortion was decriminalised automatically by repeal of Sections 58 and 59 of the Offences Against the Person Act 1861; in December 2019 the British Government passed regulations legalising same-sex marriage and opposite-sex civil partnerships on 13 January 2020. Further regulations governing abortion came into force on 31 March 2020.