It is a subsidiary of Springer Nature. Until 2015, it was part of the Macmillan Group and therefore wholly owned by the German publishing company Holtzbrinck Publishing Group (which still owns a controlling interest in Springer Nature). As part of Macmillan, it was headquartered at the Macmillan campus in Kings Cross London with other Macmillan companies including Pan Macmillan, Nature Publishing Group and Macmillan Education, having moved from Basingstoke, Hampshire, England, United Kingdom in 2014.

Palgrave is named after the Palgrave family. Classical historian Sir Francis Palgrave, who founded the Public Record Office, and his four sons were all closely tied with Macmillan Publishers in the 19th century:

Palgrave Macmillan represents the sales, marketing and distribution interests of W. H. Freeman, Worth Publishers, Sinauer Associates, and University Science Books outside the US, Canada, Australia and the Far East.

Palgrave Macmillan previously distributed I.B. Tauris in the U.S. and Canada; and Manchester University Press, Pluto Press, and Zed Books in the U.S.

Palgrave has been criticised for a pricing structure which "will limit readership to the privileged few", as opposed to options for "open access without tears" offered by DOAJ, Unpaywall and DOAB. [5]

Launched in 2012, Palgrave Pivot is an imprint of Palgrave Macmillan, aimed at publishing shorter, "rigorously peer-reviewed" monographs, focused on new important research across the Humanities and Social Sciences. [6]

Shadia B. Drury is a Canadian academic and political commentator. She is a professor emerita at the University of Regina. In 2005, she was elected a Fellow of the Royal Society of Canada.

Charlene Spretnak is an American author who has written nine books on cultural history, social criticism, religion and spirituality, and art. 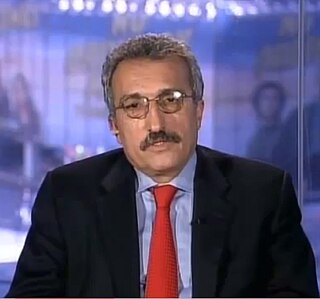 Abbas Malekzadeh Milani is an Iranian-American historian and author. Milani is a visiting professor of Political Science and the director of the Iranian Studies program at Stanford University. He is also a research fellow and co-director of the Iran Democracy Project at Stanford University's Hoover Institution. Milani has found evidence that Persian modernism dates back to more than 1,000 years ago.

Carole Pateman is a feminist and political theorist. She is known as a critic of liberal democracy and has been a member of the British Academy since 2007.

The Statesman's Yearbook is a one-volume reference book published annually since 1864 providing information on the countries of the world. It is published by Palgrave Macmillan.

Archibald Haworth Brown, is a British political scientist. In 2005, he became an emeritus professor of politics at the University of Oxford and an emeritus fellow of St Antony's College, Oxford, where he served as a professor of politics and director of St Antony's Russian and East European Centre. He has written widely on Soviet and Russian politics, on communist politics more generally, on the Cold War, and on political leadership. 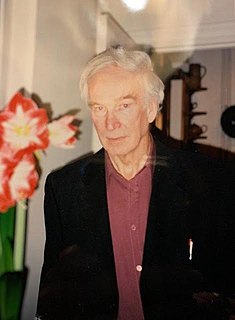 Richard Lawrence Leonard was a British writer, journalist and Labour politician who served as Member of Parliament (MP) for Romford from 1970 to 1974. He was a pro-European social democrat and had been a supporter of the late Labour foreign secretary Anthony Crosland, who championed Gaitskellism.

Clifford Williams is an American professor of Philosophy at Wheaton College, Wheaton, Illinois. He is also Professor Emeritus of Philosophy at Trinity International University, Deerfield, Illinois. Williams graduated from Wheaton College in 1964 and from Indiana University with a Ph.D. in philosophy in 1972. He taught at St. John Fisher College in Rochester, New York from 1968 to 1982 with the exception of one semester at Houghton College. He then taught at Trinity International University from 1982 to 2012, becoming the chair of the philosophy department, with the exception of 1998–1999, where he taught at Wheaton College. He rejoined the faculty of Wheaton College in 2013. Williams is a historian of contemporary hobo culture and a part-time hobo, known in that subculture as "Oats."

Fawaz A. Gerges is a Lebanese-American academic and author with expertise on the Middle East, U.S. foreign policy, international relations, Al Qaeda, and relations between the Islamic and Western worlds.

Michael G. Long is a former Associate Professor of Religious Studies and Peace and Conflict Studies at Elizabethtown College.

William Hughes FRHistS FSA Scot is Professor of Literature in English at the University of Macau, China: he has specialised in the study of Bram Stoker. He was educated at the Liverpool Collegiate School and the University of East Anglia, and also holds a PGCE from Christ Church, Canterbury. He has presented radio programmes for the BBC World Service and BBC Radio 4, and has also appeared on live television through Living TV's Most Haunted Live!, most recently during the 2009 broadcast from St George's Hall, Liverpool. In 2015, he was elected a Fellow of the Royal Historical Society and, in 2019, a Fellow of the Society of Antiquaries of Scotland. Prior to accepting a Chair at the University of Macau he was, for 26 years, a member of the English faculty at Bath Spa University, England, where he led teaching and research in the fields of Gothic Literature and the medical humanities.

Gregor Gall is a British left-wing academic and writer, who has taught at several British universities. 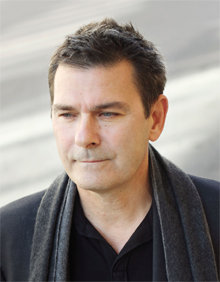 Stephen Gill, FRSC is Distinguished Research Professor of Political Science at York University, Toronto, Ontario, Canada. He is known for his work in International Relations and Global Political Economy and has published, among others, Power and Resistance in the New World Order, Power, Production and Social Reproduction, Gramsci, Historical Materialism and International Relations (1993), American Hegemony and the Trilateral Commission (1990) and The Global Political Economy: Perspectives, Problems and Policies.

Paul Beynon-Davies is a British academic, author and consultant.

Darioush Bayandor is a former Iranian diplomat and official who worked for the government of Shah Mohammad Reza Pahlavi. Following the Iranian Revolution, he left Iran to work for the United Nations in the 1980s and 1990s before retiring to Switzerland where he writes and consults.

Rajani Kannepalli Kanth is a professor, economist, philosopher, and social thinker. Though born in India, he is a US citizen and has resided overseas for most of his life. His major research interests lie in the fields of Economics, Social Theory and Policy, and Women's Issues. His works have received positive endorsements from iconic intellectuals such as Ravi Batra, Roy Bhaskar, Noam Chomsky, Geoff Harcourt, Robert Heilbroner, John M. Hobson, Jonathan Joseph, Tony Lawson, Ali Mazrui, John McMurtry, Roger Owen, Warren Samuels, Gayatri Chakravorty Spivak, Paul Sweezy, and Immanuel Wallerstein. He has, across plus-three decades, taught in the areas of Anthropology, Sociology, Political Science, History, Economics, and Philosophy. He currently serves as the Trustee of the World Peace Congress that he founded in Salt Lake City, Utah, in 2007. He has also served as an advisor to the United Nations in New York, aside from being on the faculty of major universities around the world.

Jeffrey Harrod is a writer and essayist on politics and international political economy and known for his work on the power of corporations and the position of labour in international economic relations. He has been critical of global approaches which reduce the importance of nation-states. Working with Robert W. Cox a power dynamics approach to the political economy of work was developed. Harrod's application of this approach to those in low-waged or precarious employment is currently used by researchers in those fields. Since 2012 he has maintained a blog and in 2016 published his first novel, After Man.