The company originates from a number of journals and publishing houses, notably Springer-Verlag, which was founded in 1842 by Julius Springer in Berlin [4] (the grandfather of Bernhard Springer who founded Springer Publishing in 1950 in New York), [5] Nature Publishing Group which has published Nature since 1869, [6] and Macmillan Education, which goes back to Macmillan Publishers founded in 1843. [7]

Springer Nature was formed in 2015 by the merger of Nature Publishing Group, Palgrave Macmillan and Macmillan Education (held by Holtzbrinck Publishing Group) with Springer Science+Business Media (held by BC Partners). Plans for the merger were first announced on 15 January 2015. [8] The transaction was concluded in May 2015 with Holtzbrinck having the majority 53% share. [9]

After the merger, former Springer Science+Business Media CEO Derk Haank became CEO of Springer Nature. [13] When he retired by the end of 2017, he was succeeded by Daniel Ropers, [14] the co-founder and long-time CEO of bol.com. [15] In September 2019, Ropers was replaced by Frank Vrancken Peeters. [16] [17]

The company is releasing a number of Policies & Reports, [18] including a Modern Slavery Act statement, a Tax strategy, a gender pay gap report for Springer Nature’s UK operations, [19] [20] Editorial and publishing policies, Code of conduct, etc.

In 2017, the company agreed to block access to hundreds of articles on its Chinese site, cutting off access to articles on Tibet, Taiwan, and China's political elite. [23] [24]

The company retracted a paper in 2019, in its journal BMC Emergency Medicine due to dubious peer-review process (a herpetologist could have denied the publication of the paper). [25]

In August 2020, Springer Nature was reported to have rejected the publication of an article at the behest of its co-publisher, Wenzhou Medical University, from a Taiwanese doctor because the word "China" was not placed after "Taiwan." [26] [27]

In July 2020, Springer Nature retracted a paper in the journal Society due to dubious review process and criticism regarding racism. [28]

In November 2021, Springer Nature retracted 44 nonsense papers from the Arabian Journal of Geosciences after a lapse in the peer review process. [29] [30] 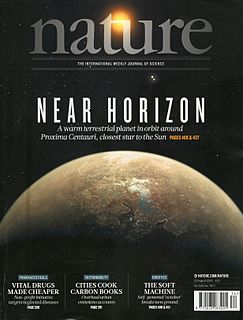 Nature is a British weekly scientific journal founded and based in London, England. As a multidisciplinary publication, Nature features peer-reviewed research from a variety of academic disciplines, mainly in science and technology. It has core editorial offices across the United States, continental Europe, and Asia under the international scientific publishing company Springer Nature. Nature was one of the world's most cited scientific journals by the Science Edition of the 2019 Journal Citation Reports, making it one of the world's most-read and most prestigious academic journals. As of 2012, it claimed an online readership of about three million unique readers per month. 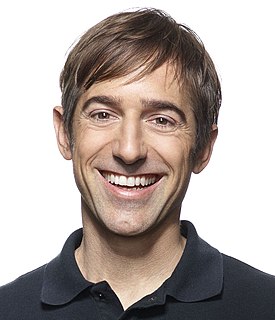 Farrar, Straus and Giroux (FSG) is an American book publishing company, founded in 1946 by Roger Williams Straus Jr. and John C. Farrar. FSG is known for publishing literary books, and its authors have won numerous awards, including Pulitzer Prizes, National Book Awards, and Nobel Prizes. As of 2016 the publisher is a division of Macmillan, whose parent company is the German publishing conglomerate Holtzbrinck Publishing Group.

Macmillan Publishers is a British publishing company traditionally considered to be one of the 'Big Five' English language publishers. Founded in London in 1843 by Scottish brothers Daniel and Alexander MacMillan, the firm would soon establish itself as a leading publisher in Britain. It published two of the best-known works of Victorian era children’s literature, Lewis Carroll's Alice's Adventures in Wonderland (1865) and Rudyard Kipling's The Jungle Book (1894).

Nature Portfolio is a division of the international scientific publishing company Springer Nature that publishes academic journals, magazines, online databases, and services in science and medicine.

Henry Holt and Company is an American book-publishing company based in New York City. One of the oldest publishers in the United States, it was founded in 1866 by Henry Holt and Frederick Leypoldt. Currently, the company publishes in the fields of American and international fiction, biography, history and politics, science, psychology, and health, as well as books for children's literature. In the US, it operates under Macmillan Publishers.

YOOX Net-a-Porter Group S.p.A. is an Italian online fashion retailer created on 5 October 2015 after the merger between Yoox Group and Net-a-porter Group (NAP).

Want Want Holdings Limited is a food manufacturer from Taiwan. It is one of the largest rice cake and flavored drink makers in Taiwan. It engages in the manufacturing and trading of snack foods and beverages, divided into four businesses: rice crackers, dairy products and beverages, snack foods, and other products. It operates over 100 manufacturing plants in mainland China and 2 in Taiwan, and employs over 60,000 people.

Macmillan Education is a publisher of English Language teaching and school curriculum materials. The company is based in London and operates in over 40 countries worldwide.

Secureworks Inc. is an American cybersecurity company. The company has approximately 4,000 customers in more than 50 countries, ranging from Fortune 100 companies to mid-sized businesses in a variety of industries.

Block, Inc., formerly Square, Inc., is an American multinational technology conglomerate founded in 2009 by Jack Dorsey and Jim McKelvey and launched its first platform in 2010. It has been traded as a public company on the New York Stock Exchange since November 2015 with the ticker symbol SQ.

DocuSign, Inc. is an American company headquartered in San Francisco, California, that allows organizations to manage electronic agreements. As part of the DocuSign Agreement Cloud, DocuSign offers eSignature, a way to sign electronically on different devices. DocuSign has over 1 million customers and hundreds of millions of users in more than 180 countries. Signatures processed by DocuSign are compliant with the US ESIGN Act and the European Union's eIDAS regulation, including EU Advanced and EU, Qualified Signatures. 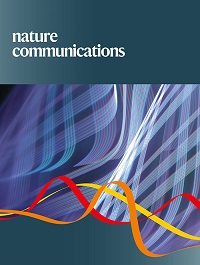 Nature Communications is a peer-reviewed, open access, scientific journal published by Nature Portfolio since 2010. It is a multidisciplinary journal and it covers the natural sciences, including physics, chemistry, earth sciences, medicine, and biology. The journal has editorial offices in London, Berlin, New York City, and Shanghai.

Richard Charkin is a British publishing executive. He has held executive positions at Pergamon Press, Oxford University Press, Reed International/Reed Elsevier and Current Science Group, and is the former Chief Executive of Macmillan Publishers Limited and Executive Director of Verlagsgruppe Georg von Holtzbrinck. In 2015, he became President of the International Publishers Association. He was Executive Director of Bloomsbury from 2007 to 2018 and is currently President of Bloomsbury China and of John Wisden. He is also a non-executive director of Institute of Physics Publishing, and is Chair of Common Purpose. 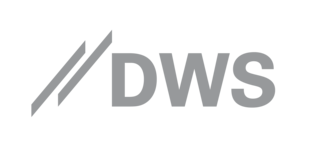 The DWS Group commonly referred to as DWS, is a German asset management company. It previously operated as part of Deutsche Bank until 2018 where it became a separate entity through an initial public offering on the Frankfurt Stock Exchange. It is currently headquartered in Frankfurt, Germany and is a constituent member of the SDAX index.