Last updated September 02, 2022
Measurement of how many vehicles travel on a certain road

Annual average daily traffic, abbreviated AADT, is a measure used primarily in transportation planning, transportation engineering and retail location selection. Traditionally, it is the total volume of vehicle traffic of a highway or road for a year divided by 365 days. AADT is a simple, but useful, measurement of how busy the road is.

AADT is the standard measurement for vehicle traffic load on a section of road, and the basis for most decisions regarding transport planning, or to the environmental hazards of pollution related to road transport. [1] [2]

One of the most important uses of AADT is for determining funding for the maintenance and improvement of highways.

In the United Kingdom AADT is one of a number of measures of traffic used by local highway authorities, National Highways and the Department for Transport to forecast maintenance needs and expenditure. [4]

To measure AADT on individual road segments, traffic data is collected by an automated traffic counter, hiring an observer to record traffic or licensing estimated counts from GPS data providers. There are two different techniques of measuring the AADTs for road segments with automated traffic counters. One technique is called continuous count data collection method. This method includes sensors that are permanently embedded into a road and traffic data is measured for the entire 365 days. The AADT is the sum of the total traffic for the entire year divided by 365 days. There can be problems with calculating the AADT with this method. For example, if the continuous count equipment is not operating for the full 365 days due to maintenance or repair. Because of this issue, seasonal or day-of-week biases might skew the calculated AADT. In 1992, AASHTO released the AASHTO Guidelines for Traffic Data Programs, [5] which identified a way to produce an AADT without seasonal or day-of-week biases by creating an "average of averages." For every month and day-of-week, a Monthly Average Day of Week (MADW) is calculated (84 per year). Each day-of-week's MADW is then calculated across months to calculate an Annual Average Day of Week (AADW) (7 per year). Finally, the AADWs are averaged to calculate an AADT. The United States Federal Highway Administration (FHWA) has adopted this method as the preferred method in the FHWA Traffic Monitoring Guide. [6]

While providing the most accurate AADT, installing and maintaining continuous count stations method is costly. Most public agencies are only able to monitor a very small percentage of the roadway using this method. Most AADTs are generated using short-term data collection methods sometimes known as the coverage count data collection method. Traffic is collected with portable sensors that are attached to the road and record traffic data typically for 2 – 14 days. These are typically pneumatic road tubes although other more expensive technology such as radar, laser, or sonar exist. After recording the traffic data, the traffic counts on the same road segment are taken again in another three years. The FHWA Traffic Monitoring Guide [6] recommends performing a short count on a road segment at a minimum of every three years. There are many methods used to calculate an AADT from a short-term count, but most methods attempt to remove seasonal and day-of-week biases during the collection period by applying factors created from associated continuous counters. Short counts are taken either by state agencies, local government, or contractors.

Interstate 865 (I-865) is an east–west auxiliary Interstate Highway northwest of Indianapolis, Indiana. It is a short connector between I-65 and I-465, running for five miles (8.0 km) and completely concurrent with U.S. Route 52 (US 52). The highway was originally numbered as a branch of I-465 but was renumbered in 2002 to prevent I-465 from intersecting with itself. This section was previously known as the Dog Leg, and the milemarkers ran from 900 to 905. 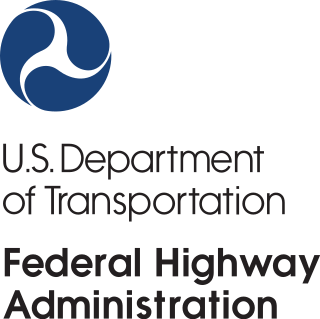 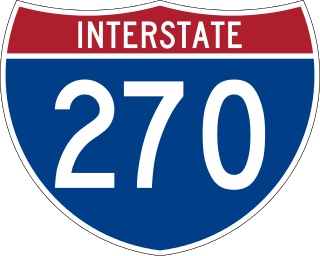 Interstate 270 (I-270) is a seven-mile-long (11 km) auxiliary Interstate Highway located in the northeastern part of the Denver metropolitan area in the US state of Colorado. It overlaps U.S. Highway 36 (US 36) for its entire length and is also a part of the Dwight D. Eisenhower Highway, which spans from I-270 and the Capital Beltway in Bethesda, Maryland, to I-80/US 101 in San Francisco, California. The western terminus of I-270 is at the interchange with I-25 and US 36. It heads eastward to an interchange with I-76, where the mileposts reset because of a previous freeway extension. The freeway heads southeast and comes to meet Vasquez Boulevard, where it enters Commerce City. The road crosses Quebec Street before ending at I-70.

M-217, also known as Michiana Parkway, is a multi-lane state trunkline highway in the U.S. state of Michigan. The Michiana Parkway, which extends into Indiana, was constructed as a joint effort of the Michigan Department of Transportation (MDOT), the Cass County Road Commission and the Elkhart County Highway Department. Michigan's segment of the parkway is 1.563 miles (2.515 km) long continuing County Road 17 (CR 17) in Elkhart County north into the state.

Kentucky Route 212 is a short state highway located in Boone County, in the northern region of the U.S. state of Kentucky. The highway is approximately 1.3 miles (2.1 km) long, and partially constructed as a freeway, with the rest being a divided highway. The roadway links Interstate 275 (I-275) to the Cincinnati/Northern Kentucky International Airport, and has been designated as a connector route by the Federal Highway Administration (FHWA). A road first appeared near the location of KY 212 around 1937. A short road was built in the location of KY 212 when the U.S. Army Air Corps built the predecessor to the CVG Airport. The road was reconstructed to a divided highway in 1972, and has remained relatively unchanged since.

State Route 906 (SR 906) is a 2.65-mile-long (4.26 km) state highway in the U.S. state of Washington, serving Snoqualmie Pass and its associated ski areas in King and Kittitas counties. The highway travels southeast between two interchanges with Interstate 90 (I-90) in Snoqualmie Pass and Hyak. SR 906 was formed out of segments of the former Sunset Highway that were bypassed by the construction of the controlled-access Interstate Highway over the pass. Between 360 and 2,100 vehicles use the road on an average day in 2012. 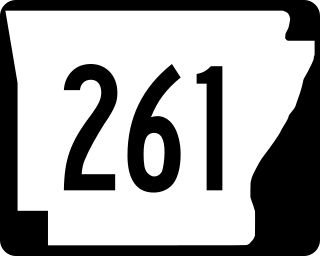 Highway 261 is a designation for two state highways in Arkansas. Both are short rural highways in the Arkansas Delta. Created in 1957, the longer segment connects several small communities to Interstate 40 (I-40). The shorter route was created in 1973 between a Horton and Highway 1 in Caldwell. Both segments are maintained by the Arkansas Department of Transportation (ARDOT).

Highway 206 is a designation for three east–west state highways in the Ozark Mountains. Each segment was created during periods of state highway systemwide expansions ordered by the Arkansas General Assembly to add system mileage in every county, first in 1957, and again in 1973. All are low-traffic highways providing connectivity between rural communities and major highways in the area. All are maintained by the Arkansas Department of Transportation (ArDOT).

Highway 396 is a former state highway near Burlington in Boone County. Between designation as a state highway in 1973 and decommissioning to the county road system in 2016, it was maintained by the Arkansas Department of Transportation (ArDOT). 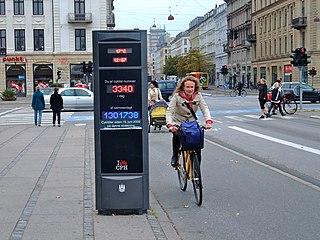 A traffic count is a count of vehicular or pedestrian traffic, which is conducted along a particular road, path, or intersection. A traffic count is commonly undertaken either automatically, or manually by observers who visually count and record traffic on a hand-held electronic device or tally sheet. Traffic counts can be used by local councils to identify which routes are used most, and to either improve that road or provide an alternative if there is an excessive amount of traffic. Also, some geography fieldwork involves a traffic count. Traffic counts provide the source data used to calculate the Annual Average Daily Traffic (AADT), which is the common indicator used to represent traffic volume. Traffic counts are useful for comparing two or more roads, and can also be used alongside other methods to find out where the central business district (CBD) of a settlement is located. Traffic counts that include speeds are used in speed limit enforcement efforts, highlighting peak speeding periods to optimise speed camera use and educational efforts. 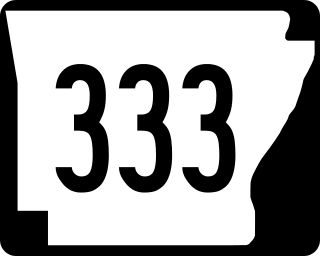 Highway 333 is a designation of three north–south state highways in Arkansas. One route begins at US Highway 64 (US 64) and runs north 17.20 miles (27.68 km) to Highway 7. A second highway begins at Searcy County Road 8 (CR 8) and runs north to US 65 near Marshall. A third segment connects Gilbert to the state highway system. All three highways were created and modified to their existing alignments between 1965 and 1974, and are maintained by the Arkansas Department of Transportation (ArDOT). 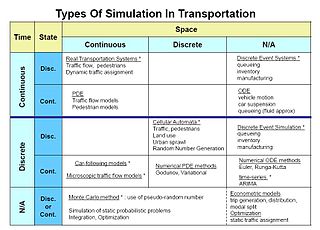 In transportation engineering, the K factor is defined as the proportion of annual average daily traffic occurring in an hour. This factor is used for designing and analyzing the flow of traffic on highways. K factors must be calculated at a continuous count station, usually an "automatic traffic recorder", for a year before being determined. Usually this number is the proportion of "annual average daily traffic" (AADT) occurring at the 30th-highest hour of traffic density from the year's-worth of data. This 30th-highest hour of traffic is also known as "K30" or the "Design Hour Factor". This factor improves traffic forecasting, which in turn improves the ability of designers and engineers to plan for efficiency and serve the needs of this particular set of traffic. Such forecasting includes the selection of pavement and inclusion of different geometric aspects of highway design, as well as the effects of lane closures and necessity of traffic lights. Engineers have reached consensus on identify K30 as reaching a reasonable peak of activity before high outliers of traffic volume are used as determinative of overall patterns. The K factor has three general characteristics:

Highway 51 is a designation for two north–south state highways in Southwest Arkansas. One route of 53.37 miles (85.89 km) begins Highway 53 near Whelen Springs and runs north to US Highway 67 in Donaldson. A second route of 7.92 miles (12.75 km) runs parallel to US 270 northwest of Malvern. Both routes are maintained by the Arkansas Department of Transportation (ArDOT). 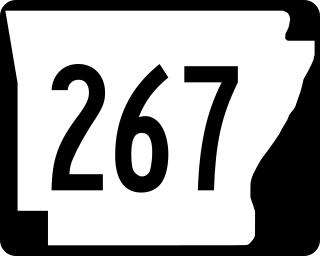 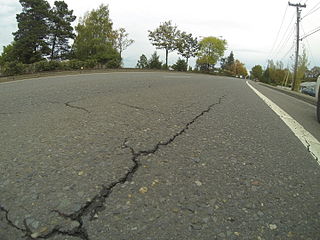 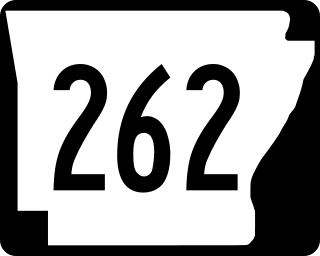 Highway 262 is an east–west state highways in Woodruff County, Arkansas. The route is maintained by the Arkansas Department of Transportation (ARDOT). 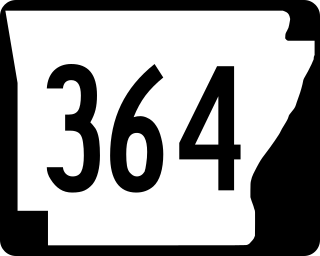 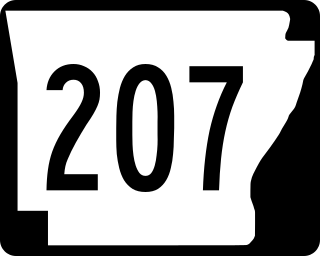 Highway 207 is a north–south state highway in Dallas County, Arkansas. It was created in 1962 along a former county road. The route is maintained by the Arkansas Department of Transportation (ArDOT). A former designation in the same vicinity was deleted in 1973.

The 1992 Edition of the AASHTO Guidelines is out of date. The current edition is from 2018. The Gary Davis article was published in Transportation Research Record 1593, 1997. the date currently shown in the article is the date of an on-line posting.