Anti-pornography movement in the United Kingdom

The anti-pornography movement in the United Kingdom is a social movement that seeks to reduce the availability of pornography in the country. The movement originates from two distinct perspectives: some feminists oppose pornography because they regard it as a means of degrading women, while some conservatives (both religiously-motivated and secular) view it as immoral. The movement has had some influence over legislation, resulting in a number of laws intended to restrict the availability of certain genres of pornography which are legal in a number of other countries. Feminists Against Censorship have described the movement as more concerted and better organised than similar movements in other Western liberal democracies. [1]

A social movement is a type of group action. There is no single consensus definition of a social movement. They are large, sometimes informal, groupings of individuals or organizations which focus on specific political or social issues. In other words, they carry out, resist, or undo a social change. They provide a way of social change from the bottom within nations.

Feminists Against Censorship (FAC) is a large network of women founded in 1989 in the United Kingdom to present the feminist arguments against censorship, particularly of sexual materials, and to defend individual sexual expression.

During the 1970s, there emerged several anti-pornography groups, including legislatively focused groups such as Campaign Against Pornography and Campaign Against Pornography and Censorship, as well as groups associated with Revolutionary Feminism such as Women Against Violence Against Women and its direct action offshoot Angry Women. [2] Opposition to violent or degrading pornography continues to this day from radical feminists who continue to fight the Feminist sex wars.[ citation needed ] 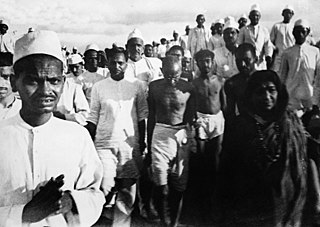 Direct action originated as a political activist term for economical and political acts in which the actors use their power to directly reach certain goals of interest, in contrast to those actions that appeal to others by, for instance, revealing an existing problem, using physical violence, highlighting an alternative, or demonstrating a possible solution.

Strong opposition to pornography in the United Kingdom has come from the Christian pressure group Mediawatch-UK (formerly known as the National Viewers and Listeners Association). The organisation, which was founded and led by the social activist Mary Whitehouse until 1991, wishes to criminalise possession of pornography.[ citation needed ]

Mediawatch-UK, formerly known as the National Viewers' and Listeners' Association, is a pressure group in the United Kingdom, which campaigns against the publication and broadcast of media content that it views as harmful and offensive, such as violence, hate speech against any race, creed or sexual orientation, xenophobia, and profanity. 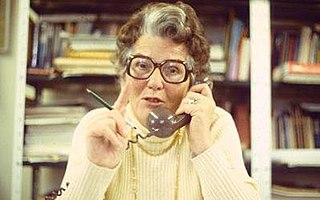 Constance Mary Whitehouse was an English social activist who opposed social liberalism and the mainstream British media, both of which she accused of encouraging a more permissive society. She was the founder and first president of the National Viewers' and Listeners' Association, through which she led a longstanding campaign against the BBC. A hard-line social conservative, she was disparagingly termed a reactionary by her socially liberal opponents. Her motivation derived from her traditional Christian beliefs, her aversion to the rapid social and political changes in British society of the 1960s and her work as a teacher of sex education.

A campaign to restrict the availability of violent pornography on the Internet was launched in 2004 following the murder of Jane Longhurst by Graham Coutts, a man who had viewed Internet pornography, particularly strangulation fetish sites. A concern that there could be a link between the crime and what the Government termed "extreme pornography" led to calls from Longhurst's mother Liz, the police, MP Martin Salter and Home Secretary David Blunkett to ban such websites. [3] [4] [5] A campaign by the Government and Liz Longhurst collected a petition of over 50,000 signatures calling for a ban on "extreme internet sites promoting violence against women in the name of sexual gratification". The Home Office carried out a consultation on proposals to criminalise possession of "extreme pornographic material" which found 63% of responses opposed to a new law. However, legislation was supported by anti-pornography groups Mediawatch and Mediamarch as well as some radical feminists, such as Julie Bindel. [6] Some of those responding to the Government consultation, especially police organizations, felt that the proposal should go much further, and that tighter restriction on all pornography should be imposed. [7] On 30 August 2006 the UK government announced that it intended to legislate to criminalise the possession of "extreme pornography", the first time that possession of pornography depicting adults would be an offence in the UK. [8] In 2009, section 63 of the Criminal Justice and Immigration Act 2008 criminalised the possession of some forms of pornography, including violent pornography. The offence is punishable by up to 3 years in prison.

Martin John Salter is a British Labour Party politician who was the Member of Parliament for Reading West from 1997 to 2010.

British Board of Film Classification

Hardcore material was not legalised until 2000, almost 30 years after the United States and the rest of Europe. Filmed material still has to be certified by the British Board of Film Classification in order to be legally supplied. This makes the UK's media one of the most regulated liberal democracies. [9] Distribution of pornography, including written material, is also restricted by the Obscene Publications Acts.

The British Board of Film Classification, is a non-governmental organisation, founded by the film industry in 1912 and responsible for the national classification and censorship of films exhibited at cinemas and video works released on physical media within the United Kingdom. It has a statutory requirement to classify all video works released on VHS, DVD, Blu-ray, and to a lesser extent, some video games under the Video Recordings Act 1984. The BBFC was also the designated regulator for the UK age-verification scheme which was abandoned before being implemented.

Censorship in the United Kingdom has a history with various stringent and lax laws in place at different times.

Sex-positive feminism, also known as pro-sex feminism, sex-radical feminism, or sexually liberal feminism, is a movement that began in the early 1980s centering on the idea that sexual freedom is an essential component of women's freedom.

Rape pornography is a subgenre of pornography involving the description or depiction of rape. It is controversial because of the argument that it encourages people to commit rape. However, studies of the issue produce conflicting results.

Due to the international nature of the Internet, Internet pornography carries with it special issues with regard to the law. There is no one set of laws that apply to the distribution, purchase, or possession of Internet pornography. This means that, for example, even if a pornographer is legally distributing pornography, the person receiving it may not be legally doing so due to local laws.

Backlash is an umbrella group formed in 2005 to coordinate opposition to the “Consultation on the possession of extreme pornographic material” issued in the United Kingdom jointly by the Home Office and the Scottish Executive. Its stated belief is that the proposals underlying the consultation represent an unjustified assault on freedom of speech and freedom of expression.

The Consenting Adult Action Network (CAAN) is a grassroots network of individuals in the United Kingdom that was formed in 2008 to protest and oppose laws restricting activities between consenting adults, most notably the criminalisation of possession of "extreme pornography".

In People vs Freeman of 1988, the California Supreme Court stated that adult film production was to be protected as free speech under the First Amendment. They ruled that since such films did not include obscene images and indecency, and stayed within society's standards, the adult film industry should be granted the freedom of speech. Escaping highly regulated government intervention, regulation in the adult film industry has been limited to preventing child pornography. In the United States Code of Regulations, under title Title 18, Section 2257, no performers under the age of 18 are allowed to be employed by adult industry production companies. The failure to abide by this regulation results in civil and criminal prosecutions. To enforce the age entry restriction, all adult industry production companies are required to have a Custodian of Records that documents and holds records of the ages of all performers.

Clare Mary Smith McGlynn(born 1970) is a Professor of Law at Durham University. She specialises in the legal regulation of pornography, image-based sexual abuse, violence against women, and gender equality in the legal profession. McGlynn regularly contributes to media debates about her areas of expertise, commenting in 2017 on whether pornography should be included on the school curriculum, whether it is ok to watch pornography in public, celebrity image-based sexual abuse, and on the proposed regulation of upskirting in England and Wales. She has submitted evidence to UK and Scottish Parliamentary committees. Her work with Erika Rackley on the cultural harm caused by rape pornography was instrumental in the Scottish Parliament's decision to criminalise possession of such material. McGlynn and Rackley were involved in Rape Crisis London's campaign to 'close the loophole' that makes possession of rape pornography lawful in England and Wales. The campaign was successful, and an amendment to include rape in the definition of 'extreme pornography' was incorporated into the Criminal Justice and Courts Act 2015.