I shall not today attempt further to define the kinds of material I understand to be embraced within that shorthand description ["hard-core pornography"], and perhaps I could never succeed in intelligibly doing so. But I know it when I see it, and the motion picture involved in this case [ The Lovers ] is not that.

In Jacobellis v. Ohio and other cases, the United States Supreme Court ruled that only "hardcore" pornography could be prohibited by obscenity laws, with the rest protected by the First Amendment. The category of "borderline obscenity" thus became obsolete. The 1970 report of the President's Commission on Obscenity and Pornography said: [4]

[M]ailers dealing in sexually oriented materials define "hard-core pornography" as "photographic depictions of actual sexual intercourse with camera focus on the genitals and no accompanying text to provide a legal defense". This, of course, is not a legal definition.... Some judges have employed the term "hard-core pornography" as a synonym for "material which can be legally suppressed". In this Report, the term is used as a synonym for "under-the-counter" or covertly sold materials. This is, in effect, the definition of hard-core applied in the marketplace. It can be argued that because of the confusion about the meaning of the term, which stems primarily from an undefined legal concept, it would be well to avoid the use of the term altogether.... There is one genre of sexually oriented material which is almost universally sold under-the-counter in the United States: wholly photographic reproductions of actual sexual intercourse graphically depicting vaginal and/or oral penetration.... A[t] present, distinctions between materials sold openly and those sold covertly have become extremely unclear.

The prehistory of modern pornography is the classical American stag film, also known as blue movies, a body of clandestine short pornographic films produced during the first two-thirds of the 20th century. While the exact corpus of the distinctive stag film remains unknown, scholars at the Kinsey Institute believe there are approximately 2000 films produced between 1915 and 1968. [6] Stag cinema is a form of hardcore film and is characterized as silent, usually filling a single reel or less, and was illegally made and exhibited because of censorship laws in America. Women were excluded from these private screenings that were shown in American "smoker" houses such as fraternities or other exclusive institutions. In Europe, films of the same kind were screened in brothels. The mode of reception of the all-male audience of stag films was raucous, collective sexual banter [7] and sexual arousal. Film historians describe stag films as a primitive form of cinema because they were produced by anonymous and amateur male artists who failed to achieve narrative coherence and continuity. Today, many of these films have been archived by the Kinsey Institute, but most are in a state of decay and have no copyright, real credits, or acknowledged authorship. The stag film era inevitably ended with the beginnings of the sexual revolution in the fifties in combination with the new technologies of the post war era, such as 16mm, 8mm, and the Super 8. American stag cinema in general received scholarly attention first in the mid-seventies by heterosexual males, e.g. Di Lauro and Gerald Rabkin's Dirty Movies (1976) and more recently by feminist and queer cultural historians, e.g. Linda M. Williams' Hard Core: Power Pleasure, and the "Frenzy of the Visible" (1989) and Thomas Waugh's Homosociality in the Classical American Stag Film: Off-Screen, On-screen (2001).

The distribution of hardcore pornography had been widely prohibited in many countries until the second half of the 20th century when many countries began to allow some dissemination of softcore material. Supply is now usually regulated by a motion picture rating system as well as by direct regulation of points of sale. Restrictions, as applicable, apply to the screening, or rental, sale, or giving of a movie, in the form of a DVD, video, computer file, etc. Public display and advertising of hardcore pornography is often prohibited, as is its supply to minors.

Most countries have eased the restrictions on the distribution of pornography, either by general or restricted legalization or by failure to enforce prohibitive legislation. Most easing of restrictions has been by way of changes to the criteria of a country's movie classification system. The anti-pornography movement often vigorously opposes legalization. In 1969, Denmark became the first country in the world to legalize pornography. [8] In the U.S., legal interpretations of pornography in relation to the constitutional right to free speech differ from state to state and from city to city. Hardcore pornography was legalized in the UK in 2000. [9]

Berl Kutchinsky's Studies on Pornography and Sex Crimes in Denmark (1970), a scientific report commissioned by the Presidential Commission on Obscenity and Pornography, found that the legalizing of pornography in Denmark had not (as had been expected) resulted in an increase of sex crimes. [13]

A study conducted in Denmark in 2003 and later published in Archives of Sexual Behavior found that men and women generally believe that hardcore pornography has a positive influence on their lives. [14] 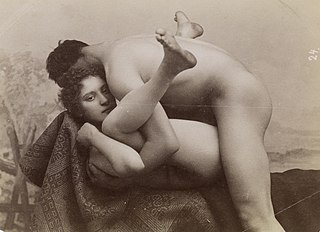 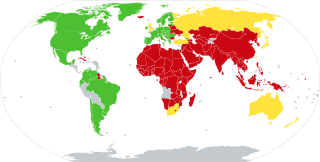 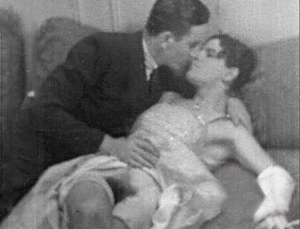 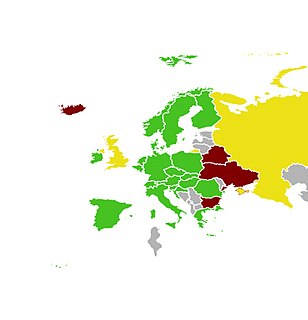 Pornography in Europe has been dominated by a few pan-European producers and distributors, the most notable of which is the Private Media Group that successfully claimed the position previously held by Color Climax Corporation in the early 1990s. Most European countries also have local pornography producers, from Portugal to Serbia, who face varying levels of competition with international producers. The legal status of pornography varies widely in Europe; its production and distribution are illegal in countries such as Ukraine, Belarus and Bulgaria, while Hungary is noted for having liberal pornography laws.

In 1969, the United States Supreme Court ruled in Stanley v. Georgia that people could view whatever they wished in the privacy of their own homes. In response, the United States Congress funded the President's Commission on Obscenity and Pornography, set up by President Lyndon B. Johnson to study pornography. 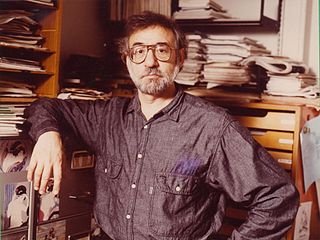 Berl Kutchinsky was a Danish Professor of Criminology at the University of Copenhagen. He became internationally famous for his studies in the public health effects of pornography.

An obscenity is any utterance or act that strongly offends the prevalent morality of the time. It is derived from the Latin obscēnus, obscaenus, "boding ill; disgusting; indecent", of uncertain etymology. The word can be used to indicate a strong moral repugnance, in expressions such as "obscene profits" or "the obscenity of war". As a legal term, it usually refers to graphic depictions of people engaged in sexual and excretory activity.

Pornography in Turkey has been produced since the 1970s.

Pornography in Canada has changed since the 1960s when the Criminal Law Amendment Act, 1968-69 that suppressed various laws related to sexual norms was passed. There has been a shift in the mode of determining whether a material is obscene or not with the R v. Butler judgment. The obscenity laws were challenged as violative of freedom of expression in R. v Butler. Obscenity is defined as follows under the Criminal Code: "the undue exploitation of sex or of sex and one or more of the following subjects; namely, crime, horror, cruelty and violence." The court held that the term “undue” should be interpreted on the degree of harm which flows from such exposure that predisposes people to act in an anti-social manner. The court ruled that pornography is harmful if it contains violence or explicit sex which is degrading or dehumanizing and which creates a substantial risk of harm, as it harms a person's right to be equal. Therefore, there is a shift from the community standard's test to the harm test post the Butler judgment.

Pornography in the Philippines is defined by Philippine law in the Revised Penal Code of the Philippines and Republic Act No. 7610. According to this Philippine legislation, pornography are illegal doctrines, publications, shows, and other similar material or portrayals that advocate human immorality, obscenity, and indecency. Philippine legislations penalize participation in these unlawful activities, which extend punishment to those that harbor abuse, exploitation, prostitution, and discrimination of children.

A Free Ride, also known as A Grass Sandwich, is a stag film of the silent era, considered the earliest extant American hardcore pornographic movie. It depicts a motorist who picks up two women from the roadside and later engages in several sex acts with them. Although most scholars consider A Free Ride a 1915 film, some sources claim that it was produced later. The film's director used a pseudonym and the cast remained anonymous. The filming location is not known, although it may have been produced in New Jersey. Two contradictory theories have emerged regarding the identities of the cast: some sources suggest they were people with low social status, but others assert the opposite. The Kinsey Institute has a print of the film in its collection. A Free Ride was screened at the inauguration of the Museum of Sex. In 2004, Lisa Oppenheim, a New York-based artist, remade the film.

United States obscenity law deals with the regulation or suppression of what is considered obscenity. In the United States, discussion of obscenity typically relates to pornography, as well as issues of freedom of speech and of the press, otherwise protected by the First Amendment to the Constitution of the United States. Issues of obscenity arise at federal and state levels. The States have a direct interest in public morality and have responsibility in relation to criminal law matters, including the punishment for the production and sale of obscene materials. State laws operate only within the jurisdiction of each state, and there are a wide differences in such laws. The federal government is involved in the issue indirectly, by making it an offense to distribute obscene materials through the post, to broadcast them, as well as in relation to importation of such materials.