A 2020 study found that while NoFap claimed to be science-based, the more that NoFap followers believed that they should abstain from masturbation, the more they also reported "lower trust in science". [6] Social psychologists Taylor and Jackson, who analyzed the content of NoFap forums, concluded in their study that some NoFap participants not only rejected pornography, but also radical feminist critiques of pornography. They also stated that members of NoFap frequently utilized and redeployed familiar hegemonic masculine discourses (e.g. men as dominant seekers of pleasure and women as the 'natural' suppliers of this pleasure), in turn reproducing societal expectations of gendered sexual dominance and submission. [25] Another 2020 study stated that the forum represents itself as a source of medical information, which seems to discourage members from seeking actual medical advice and instead self-diagnosing. [31]

A 2020 paper stated that NoFap appears to have been specifically targeted by far-right groups, writing, "the struggle for the 'remasculinization' of white men by overcoming porn (addiction) had to be an antisemitic one: a fight against 'Jewish pornography' and 'Jewish filth,' in which other current anti-porn actors such as NoFap should join". [33] Cultural studies scholar Simon Strick stated regarding NoFap that a "racist culture war...was already implied in the call to join the ‘movement’ by becoming abstinent". The chapter continues, "NoFap present themselves as a search for non-toxic and progressive gender roles, even as they partake in gendered and racialized narratives that are no less violent". [34]

NoFap supporters are "known for vitriolically attacking female scholars not sharing their view". [35] Sociologist Kelsy Burke stated that "Rhodes and a small staff manage NoFap.com and its brand full time". [36] She states, "There is no scientific evidence that supports the idea of these superpowers. Yet hundreds of thousands of NoFap users insist they experience them." She critiques similar gender problems in groups including NoFap, stating, "The scientific and spiritual gets muddled together as participants reinforce damaging gender stereotypes—those of hypersexual, biologically ravenous men who are simply "wired differently" than women. Women whose sexuality exists only in relation to male desire...porn addiction recovery reproduces the worst lessons of porn itself." [36] NoFap forums are described by a 2020 paper as a place where "men's sexual entitlement to women was left unquestioned". [37]

Several journalists have criticized NoFap. [38] [39] [40] [41] Some of them report that the forums were filled with misogyny, stating that "there is a darker side to NoFap. Among the reams of Reddit discussions and YouTube videos, a fundamentally misogynistic rhetoric regularly emerges", [40] and that "the NoFap community has become linked to wider sexism and misogyny, reducing women to sexual objects to be attained or abstained from and shaming sexually active women." [41] NoFap followers have posted videos on YouTube that regularly feature anti-homosexual and anti-woman values, such as 'stop being a little bitch' demands. [42] A New York Times story by Rob Kuznia expressed concern about white supremacists promoting the belief that pornography is a conspiracy of Judaism. [43]

NoFap has been involved in legal actions filed or threatened by their founder, Alexander Rhodes. After threatening two scientists with litigation, the scientists published a letter defending the need to be allowed to criticize NoFap "As [NoFap] operate in the public sphere, however, we deem it not only as legitimate but necessary to acknowledge and cite them as one prominent voice in the debate around masturbation abstinence—everything else would be an unjustifiable muting of their stand." [44] For publishing a critique of NoFap's fundraising efforts, Rhodes sued ScramNews in the UK. ScramNews is a small outlet, had no lawyer to defend itself, and was forced to close by Rhodes' lawsuit. [45] NoFap threatened to sue The Spectator for writing about their association with right-wing, antisemitic groups. [46] They threatened to sue a blogger for using 'NoFap' as a trademark. [47]

A study of NoFap reddit users found that NoFap members were most likely to also be members of TheRedPill, seduction, and similar men's right and pick up artist Reddit groups. [52] Another study reported a similar pattern that NoFap Reddit members also were likely to be supporters of American president Donald Trump. [53] 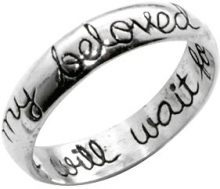 Sexual abstinence or sexual restraint is the practice of refraining from some or all aspects of sexual activity for medical, psychological, legal, social, financial, philosophical, moral, or religious reasons. Asexuality is distinct from sexual abstinence; and celibacy is sexual abstinence generally motivated by factors such as an individual's personal or religious beliefs. Sexual abstinence before marriage is required in some societies by social norms, or, in some countries, even by laws, and is considered part of chastity.

Hypersexuality is extremely frequent or suddenly increased libido. It is currently controversial whether it should be included as a clinical diagnosis used by mental healthcare professionals. Nymphomania and Satyriasis were terms previously used for the condition in women and men, respectively.

Marty Ralph Klein is an American sex therapist, author, educator and public policy analyst. Klein has spent his career supporting the healthy sexual expression of men, women and couples in a wide range of ways. He is critical of censorship, the concepts of sex addiction and porn addiction, as well as the anti-pornography movement. He believes that public policy relating to sexuality should be driven by scientific data rather than emotion, "tradition" or popular but untrue myths. He has been a participant in various state, federal and international court cases dealing with the First Amendment, obscenity, censorship and "harmful to minors" laws.

The sexuality of US adolescents includes their feelings, behaviors and development, and the place adolescent sexuality has in American society, including the response of the government, educators, parents, and other interested groups. 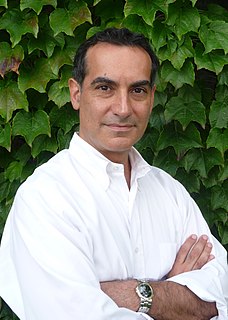 James M. Cantor is a Canadian clinical psychologist and sexologist, specializing in hypersexuality and atypical sexual interests. He is a former editor of the journal Sexual Abuse and an expert on paraphilias. His neuroscience research on brain differences in pedophiles has been cited as evidence that pedophilia is something unchangeable and that people are likely born with it.

Hypersexual disorder is a pattern of behavior involving intense preoccupation with sexual fantasies, urges and activities, leading to adverse consequences and clinically significant distress or impairment in social, occupational or other important functions. It was proposed in 2010 for inclusion in the Diagnostic and Statistical Manual of Mental Disorders Fifth Edition (DSM-5) of the American Psychiatric Association (APA).

The Ichud HaKehillos LeTohar HaMachane is an Orthodox Jewish organization. It educates Jews about pornography-use habits, Internet addiction, and other problems that can result from Internet usage.