Briana Banks is a German American pornographic actress and model. She was the Penthouse Pet of the Month for June 2001. 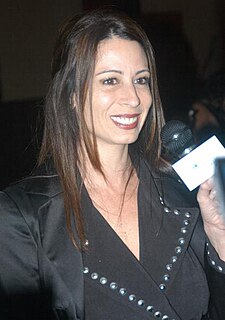 Christy Canyon is a retired pornographic actress and American radio personality. She is an inductee of the AVN and XRCO Hall of Fame.

SuicideGirls is an online community-based website that revolves around pin-up photography sets of models known as the Suicide Girls.

Noname Jane is an American pornographic actress. In the majority of the pornographic films in which she appeared, she used the stage name Violet Blue. In October 2007, a lawsuit brought by the author of the same name charged that Jane had adopted the author's name and persona, prompting Jane to change her stage name to Violetta Blue, and then to Noname Jane, in response to an injunction in the case. 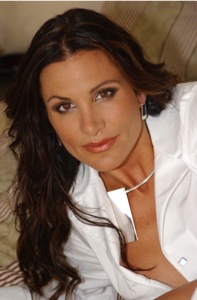 Sydnee Steele is an American sex therapist, author, free speech activist, and former pornographic actress. She appeared in over 300 pornographic films before her retirement in 2005.

Eon McKai is an American director of alt porn-themed pornographic films. The name "Eon McKai" is a pseudonym and a tribute to punk singer Ian MacKaye. Ian MacKaye considers this "surreal", but has said that he does not lose sleep over the matter.

Child erotica is non-pornographic material relating to children that is used by any individuals for sexual purposes. It is a broader term than child pornography, incorporating material that may cause sexual arousal such as nonsexual images, books or magazines on children or pedophilia, toys, diaries, or clothes. Law enforcement investigators have found that child erotica is often collected by pedophiles and child sexual abuse offenders. Child erotica may be collected as a form of compulsive behavior and as a substitute for illegal child pornography and is often a form of evidence for criminal behavior.

Nightdreams is 1981 pornographic film with strong horror elements directed by Francis Delia, and written by Jerry Stahl and Stephen Sayadian.