The Exxxotica Expo had its first show in May 2006 at the Miami Beach Convention Center. The Exxxotica Expo would continue to be held each year at this venue through 2012. After the 2012 show, the event organizers announced that the expo would be moving to Fort Lauderdale in 2013. The event would go on to be held in Fort Lauderdale in 2013 and 2014, but did not return in 2015, thus ending a nine-year streak of Exxxotica shows in Florida. Exxxotica returned to Florida in July 2018, with a show at the Miami Airport Convention Center.

In 2008, the event was expanded to the New York/New Jersey market. The 2008 and 2009 shows were billed as "Exxxotica NY", although both shows actually took place in New Jersey. The 2008 event was originally scheduled to be held in Secaucus, New Jersey. Days before the event, Secaucus officials filed a suit to stop the event from taking place, alleging that the convention would violate state law prohibiting liquor license owners from presenting pornographic material. Exxxotica convention organizers voluntarily moved the convention to the New Jersey Convention and Exposition Center in Edison, New Jersey. [1] The Edison show would go on to attract over 18,000 attendees that year, and this event continues to be held yearly at the Edison venue. In September 2010, a lawsuit against a former Secaucus mayor surfaced due to the cancelling/moving of the convention to a different area. In addition to the yearly show in Edison, Exxxotica held its first show in Atlantic City at the Trump Taj Mahal Casino & Resort in April 2013. Another show would be held at the same venue in Atlantic City in 2014, but Exxxotica would not return to Atlantic City in 2015. In November 2017, Exxxotica celebrated their tenth anniversary in Edison, N.J., with a record attendance of about 30,000 attendees over the three days of the expo.

The inaugural Exxxotica Fan Choice Awards, also called "The Fannys", was held on April 20, 2013 in the Grand Ballroom of the Trump Taj Mahal and was hosted by pornographic actress Alexis Texas and comedians Jim Florentine and Don Jamieson. [2] The award nominees and winners is both selected by the fans through voting. [3] In February 2013, the show's "BBW Performer of the Year" category was renamed from "Hungry Hungry Hottie" to "Whole Lotta Love" after the category's at first title was deemed offensive by the genre's fans and performers. [4] The second annual Fanny Awards show was held on April 12, 2014 at the Trump Taj Mahal's Xanadu Theatre and was hosted by pornographic actresses Allie Haze and Tori Black and comedian Bonnie McFarlane. [5]

The Exxxotica Expo held its first show in the Chicago area in July 2011, taking place in July at the Donald E. Stephens Convention Center in Rosemont, Illinois. The show attracted the record 26,500 attendees, eclipsing the previous record of 24,000 set in 2008 in Miami Beach.

The Exxxotica Expo held its only show in Columbus, Ohio at the Greater Columbus Convention Center in August 2016.

The Exxxotica Expo held its first show in Dallas at the Kay Bailey Hutchison Convention Center in August 2015. The event drew more than 15,000 attendees, and organizers planned to hold another show at the same venue the following year. However, in February 2016, the Dallas City Council voted 8–7 to ban the event from the venue. The organizers filed for a temporary injunction, which was rejected by US District Judge Sidney A. Fitzwater. [7]

In 2016, the event organizers announced that Exxxotica would debut in Denver, Colorado in 2017, at the Crowne Plaza Airport Convention Center. They returned to the city in April 2018. The Denver show has now been moved to Portland, OR.

The first show in Portland, Oregon will be June 7–9, 2019, at the Portland Expo Center. The Oregon show was then removed to Washington, DC in 2020 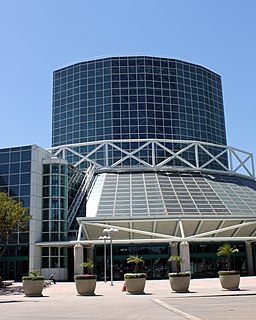 E3, also known as the Electronic Entertainment Expo, is a trade event for the video game industry. The Entertainment Software Association (ESA) organizes and presents E3, which many developers, publishers, hardware and accessory manufacturers use to introduce and advertise upcoming games and game-related merchandise to retailers and to members of the press. E3 includes an exhibition floor for developers, publishers, and manufacturers to showcase titles and products for sale in the upcoming year. Before and during the event, publishers and hardware manufacturers usually hold press conferences to announce new games and products. 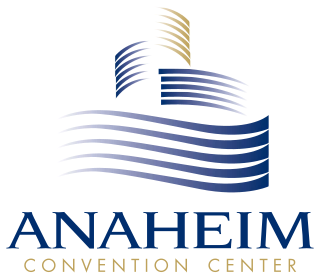 The Portland Exposition Building, also known as The Expo, is a sports and exhibition venue building complex in Portland, Maine. The complex includes five inter-connected buildings with 24,000 square feet of exhibition space and 10 meeting rooms. It is adjacent to the Hadlock Field and the Portland Ice Arena.

The AVN Adult Entertainment Expo (AEE) is an adult entertainment convention and trade show held each January in Las Vegas, Nevada and is sponsored by AVN magazine. AEE is the largest pornography industry trade show in the United States. The 2007 AVN Expo had over 30,000 attendees, which included 355 exhibiting companies. 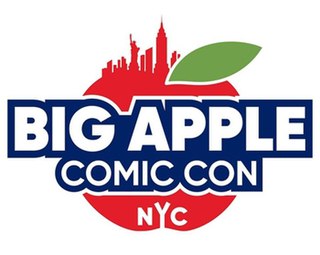 The Big Apple Comic Con is a New York City comic book convention, the longest-running comic book/speculative fiction/pop culture convention in New York City. It was started by retailer Michael "Mike Carbo" Carbonaro in March 1996 in the basement of the St. Paul the Apostle Church. A location that a competing show promoter Sunrise Productions Scooty O'Donnell and Partner Richard Ritz Whom Held The New York Horror-Fi Con there on October 4, 1997. During its heyday from 2001–2008, the Big Apple Comic Con often featured multiple shows per year, with a large three-day "national" convention held in November, usually held at the Penn Plaza Pavilion. The show was owned by Wizard Entertainment from 2009 to 2013, but is now back in the hands of Carbonaro.

BronyCon was an annual fan convention held on the east coast of the United States for fans of the My Little Pony: Friendship Is Magic animated television show, among them adult and teenage fans who call themselves bronies. Eleven events have occurred to date, with the most recent and final one in August 2019 drawing in 10,215 attendees. Though originally planned to run through 2025, it was announced at the closing ceremonies of the 2018 convention that 2019 would be the final year, tying in with the final season of the show.

Adultcon is a pornographic film trade fair in the United States. The event takes place three times per year, usually with two conferences in Los Angeles, California at the Los Angeles Convention Center, and one conference in Las Vegas Valley, Nevada. The event was established in 2001.

World of Dance is a Southern California-based dance, fashion, music, and entertainment brand founded by David Gonzalez, Myron Marten, Tee Sherpa and Michael McGinn in 2008. It is the world's largest dance entertainment enterprise, elevating artists and brands with events, entertainment and digital engagement. The brand encompasses more platforms than any other dance content provider or dance show case, including World of Dance competitions in more than 25 countries, the NBC World of Dance television show, the World of Dance Live tour, a fashion line, and the largest YouTube dance network with more than 300 channels, including the World of Dance YouTube channel, with more than 4 million subscribers. Its events bring together performers from the street, urban, and hip hop dance world, connecting the dance community with a particular focus on millennial and post-millennial audiences.

Calgary Expo, known in full as the Calgary Comic and Entertainment Expo, is an annual fan convention held at Stampede Park in Calgary, Alberta, Canada. The show originally began in 2005 as a comic book convention, before moving on in 2009 to include actors from television shows and movies. Starting in 2005, the convention has quickly become the second largest convention in Canada. The convention originally began in the BMO Centre before expanding in 2013 across the whole Stampede Park, and in 2014 additionally creating an extra tent for panels.

Kosherfest is an annual, two-day trade fair for the kosher-certified food industry held at the Meadowlands Exposition Center in Secaucus, New Jersey. Established in 1989, it includes an exhibition hall, lectures, cooking demonstrations, a culinary competition between celebrity chefs, and new product awards. Kosherfest is considered a showcase for food trends and innovations in the kosher-certified food industry. The event is closed to the public, but admits manufacturers, suppliers, wholesalers, buyers, caterers, retail stores, and media personnel, including photographers and food bloggers. Kosherfest is co-produced by Lubicom Marketing and Consulting and Diversified Communications.

Stumptown Comics Fest was a comic book convention, held annually in Portland, Oregon from 2004–2013. In the model of the Alternative Press Expo and the Small Press Expo, Stumptown was a forum for artists, writers and publishers of comic art in its various forms to expose the public to comics not typically accessible through normal commercial channels.