Additionally, queer pornography clearly reveals the imitative process of gender identification when introducing the figure of the transgender man. Compared to trans woman(male-to-female) individuals depicted across other types of pornography, female-to-male trans men appear significantly in feminist and queer pornography. [9] 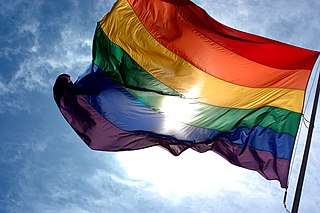 Queer theory is a field of critical theory that emerged in the early 1990s out of the fields of queer studies and women's studies. "Queer theory" can have various meanings depending upon its usage. Two common usages of queer theory include a 1) methodology for literary analysis and 2) a productive practice of theory. A literary methodology could include queer readings of texts, that is, textual interpretations which are presented from a queer perspective. While the theorization of 'queerness' works to produce ideas which relate to how queerness can be understood in various disciplinary contexts. 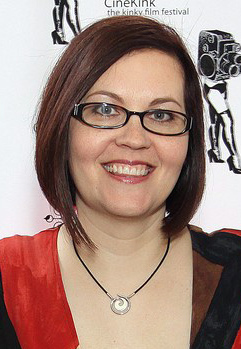 Why I Hate Abercrombie & Fitch: Essays on Race and Sexuality is a book by Dwight A. McBride on ethno-relational mores in contemporary gay African America with a nod to black, feminist and queer cultural contexts "dedicated to integrating sexuality and race into black and queer studies."

Richard Fung is a video artist, writer, public intellectual and theorist who currently lives and works in Toronto, Ontario. He was born in Port of Spain, Trinidad and is openly gay.

Del LaGrace Volcano is a genderqueer artist, performer, and activist from California. A formally trained photographer, Volcano's work includes installation, performance and film and interrogates the performance of gender on several levels, especially the performance of masculinity and femininity.

Queer heterosexuality is heterosexual practice or identity that is controversially called queer. The concept was first discussed in the mid-1990s, critically within radical feminism, and as a positive identification by Clyde Smith in a paper delivered at a conference in Amsterdam in 1997; In 2003, The Village Voice published an article called "The Queer Heterosexual", which has since been cited by others using the term. 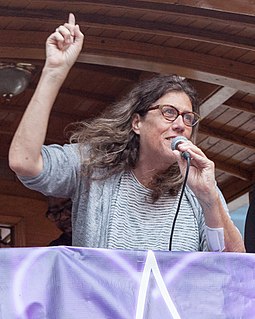 Susan O'Neal Stryker is an American professor, author, filmmaker, and theorist whose work focuses on gender and human sexuality. She is Professor of Gender and Women's Studies, former director of the Institute for LGBT Studies, and founder of the Transgender Studies Initiative at the University of Arizona, and is currently on leave while holding an appointment as Visiting Professor of Women's Gender, and Sexuality Studies at Yale University (2019–20). Stryker also serves on the Advisory Council of METI. She is the author of several books about LGBT history and culture.

Gayatri Gopinath is an associate professor of Social and Cultural Analysis and director of the Center for the Study of Gender and Sexuality at New York University. Gopinath is perhaps best known for her book Impossible Desires: Queer Diasporas and South Asian Public Cultures, which received article-length reviews in a number of journals.

Iain Morland is a British music technologist and author. He formerly lectured in cultural criticism at Cardiff University. His writings focus on issues of gender and sexuality, medical ethics, and science. In 2005, Times Higher Education described Morland as a leading academic in the field of sex research. He has edited an edition of the journal GLQ, and co-authored Fuckology, a critical analysis of the writings and practices of John Money. With Lih-Mei Liao, Morland co-founded in 2002 Critical Sexology, a continuing interdisciplinary seminar series on gender and sexuality. His audio work includes audio editing, sound design and programming.