Last updated November 18, 2020
For another meaning, see Dry sex.
Sexual activity that usually does not include sexual penetration

Although sexually transmitted infections (STIs/STDs) such as herpes, HPV, and pubic lice can be transmitted through non-penetrative genital-genital or genital-body sexual activity, non-penetrative sex may be used as a form of safer sex because it is less likely that body fluids (the main source of STI/STD transmission) will be exchanged during the activities, especially with regard to aspects that are exclusively non-penetrative. [11] [12] [13]

The term heavy petting covers a broad range of foreplay activities, typically involving some genital stimulation, but not the direct act of penetrative sexual intercourse. [19]

Frottage is the general term for the act of rubbing any part of the body, including the buttocks, the breasts, abdomen, thighs, feet, hands, legs and sexual organs against the sexual organ of another person; this is done whether naked or clothed and is more commonly known as dry humping or dry sex. [20] When frottage includes genital-genital rubbing, it is sometimes called genito-genital or GG rubbing. [20]

In partnered manual genital stroking to reach orgasm or expanded orgasm, both people focus on creating and experiencing an orgasm in one person. Typically, one person lies down pant-less, while his or her partner sits alongside. The partner who is sitting uses his or her hands and fingers (typically with a lubricant) to slowly stroke the penis or clitoris and other genitals of the partner. Expanded orgasm as a mutual masturbation technique reportedly creates orgasm experiences more intense and extensive than what can be described as, or included in the definition of, a regular orgasm. [28] It includes a range of sensations that include orgasms that are full-bodied, and orgasms that last from a few minutes to many hours. [29] However, this technique is not without risk of contracting sexually transmitted infections, in particular HIV. A person using his or her finger, with a small wound, to stimulate a woman's genitals could be infected with HIV found in her vagina's fluids; likewise regarding a man's semen containing HIV, which could infect a partner who has a small exposed wound on his or her skin.

In many developed countries, there is a trend where young individuals (typically late teens and early twenties) engage in casual sex, also known as a hookup. This phenomenon has been termed hookup culture. The term hookup in this context loosely means participating in some type of sexual activity (whether it is non-penetrative or penetrative) with another individual or group of individuals outside of a romantic relationship. [48]

Hooking up may be in the form of a one-night stand, where the sex acts are contained within a single situation or the individuals may "hook up" on a more consistent basis (sometimes known as being "friends with benefits"). In addition, hooking up can mean different things to different people. Some individuals believe a hookup is "anything but intercourse", which would include only non-penetrative sex acts. [49] Birth control may not be utilized if the individuals are not planning on engaging in a sex act. Using birth control and ensuring all individuals present understand that the activity is a hookup with no other expectations can maximize benefits while minimizing risk. [50] The benefits of sex acts are various, and if an individual is concerned about sexual infections or pregnancy, non-penetrative sex acts (which carry a significantly smaller risk than penetrative sex) can be sufficient in preventing the risks, and offer a wide variety of options to choose from. [51]

With regard to non-exclusive non-penetrative sex acts, the risks somewhat increase because there is penetration (either of the vagina, anus or mouth) and there is the potential for bodily fluids (semen, vaginal secretions, saliva) to be exchanged. In addition to the aforementioned STIs, the following can be transmitted through non-exclusive non-penetrative sex acts: [57]

The only way for complete protection from pregnancy or STI risk is to completely abstain from all sexual activities. However, there are several ways to decrease the risk, should a person decide to be sexually active.

Some barrier methods include:

If a person is concerned about the minor risk of pregnancy from non-penetrative sex, there are also several hormonal contraceptive birth control methods that can be used. Dual protection (using both a barrier device and hormonal method) can be significantly effective at preventing both pregnancy and STI transmission. [58] 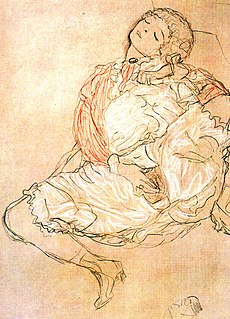