Sexual manuals have existed since antiquity, such as Ovid's Ars Amatoria , the Kama Sutra of Vatsyayana, the Ananga Ranga and The Perfumed Garden for the Soul's Recreation . De la prostitution dans la ville de Paris (Prostitution in the City of Paris), an early 1830s study on 3,558 registered prostitutes in Paris, published by Alexander Jean Baptiste Parent-Duchatelet (and published in 1837, a year after he died), has been called the first work of modern sex research. [2]

The scientific study of sexual behavior in human beings began in the 19th century. Shifts in Europe's national borders at that time brought into conflict laws that were sexually liberal and laws that criminalized behaviors such as homosexual activity.

Despite the prevailing social attitude of sexual repression in the Victorian era, the movement towards sexual emancipation began towards the end of the nineteenth century in England and Germany. In 1886, Richard Freiherr von Krafft-Ebing published Psychopathia Sexualis. That work is considered as having established sexology as a scientific discipline. [5]

In England, the founding father of sexology was the doctor and sexologist Havelock Ellis who challenged the sexual taboos of his era regarding masturbation and homosexuality and revolutionized the conception of sex in his time. His seminal work was the 1897 Sexual Inversion, which describes the sexual relations of homosexual males, including men with boys. Ellis wrote the first objective study of homosexuality (the term was coined by Karl-Maria Kertbeny), as he did not characterize it as a disease, immoral, or a crime. The work assumes that same-sex love transcended age taboos as well as gender taboos. Seven of his twenty-one case studies are of inter-generational relationships. He also developed other important psychological concepts, such as autoerotism and narcissism, both of which were later developed further by Sigmund Freud. [6]

Ellis pioneered transgender phenomena alongside the German Magnus Hirschfeld. He established it as new category that was separate and distinct from homosexuality. [7] Aware of Hirschfeld's studies of transvestism, but disagreeing with his terminology, in 1913 Ellis proposed the term sexo-aesthetic inversion to describe the phenomenon. [8] [9]

In 1908, the first scholarly journal of the field, Journal of Sexology (Zeitschrift für Sexualwissenschaft), began publication and was published monthly for one year. Those issues contained articles by Freud, Alfred Adler, and Wilhelm Stekel. [3] In 1913, the first academic association was founded: the Society for Sexology. [10]

Pre-Nazi Germany, under the sexually liberal Napoleonic code, organized and resisted the anti-sexual, Victorian cultural influences. The momentum from those groups led them to coordinate sex research across traditional academic disciplines, bringing Germany to the leadership of sexology. Physician Magnus Hirschfeld was an outspoken advocate for sexual minorities, founding the Scientific Humanitarian Committee, the first advocacy for homosexual and transgender rights. [12]

Hirschfeld also set up the first Institut für Sexualwissenschaft (Institute for Sexology) in Berlin in 1919. Its library housed over 20,000 volumes, 35,000 photographs, a large collection of art and other objects. People from around Europe visited the Institute to gain a clearer understanding of their sexuality and to be treated for their sexual concerns and dysfunctions.

Hirschfeld developed a system which identified numerous actual or hypothetical types of sexual intermediary between heterosexual male and female to represent the potential diversity of human sexuality, and is credited with identifying a group of people that today are referred to as transsexual or transgender as separate from the categories of homosexuality, he referred to these people as 'transvestiten' (transvestites). [13] [14] Germany's dominance in sexual behavior research ended with the Nazi regime. [2] The Institute and its library were destroyed by the Nazis less than three months after they took power, May 8, 1933. [3] The institute was shut down and Hirschfeld's books were burned.

Other sexologists in the early gay rights movement included Ernst Burchard and Benedict Friedlaender. Ernst Gräfenberg, after whom the G-spot is named, published the initial research developing the intrauterine device (IUD).

After World War II, sexology experienced a renaissance, both in the United States and Europe. Large scale studies of sexual behavior, sexual function, and sexual dysfunction gave rise to the development of sex therapy. [3] Post-WWII sexology in the U.S. was influenced by the influx of European refugees escaping the Nazi regime and the popularity of the Kinsey studies. Until that time, American sexology consisted primarily of groups working to end prostitution and to educate youth about sexually transmitted diseases. [2] Alfred Kinsey founded the Institute for Sex Research at Indiana University at Bloomington in 1947. This is now called the Kinsey Institute for Research in Sex, Gender and Reproduction. He wrote in his 1948 book that more was scientifically known about the sexual behavior of farm animals than of humans. [15]

Psychologist and sexologist John Money developed theories on sexual identity and gender identity in the 1950s. His work, notably on the David Reimer case has since been regarded as controversial, even while the case was key to the development of treatment protocols for intersex infants and children. [16] [17]

Kurt Freund developed the penile plethysmograph in Czechoslovakia in the 1950s. The device was designed to provide an objective measurement of sexual arousal in males and is currently used in the assessment of pedophilia and hebephilia. This tool has since been used with sex offenders. [18] [19]

In 1966 and 1970, Masters and Johnson released their works Human Sexual Response and Human Sexual Inadequacy, respectively. Those volumes sold well, and they were founders of what became known as the Masters & Johnson Institute in 1978.

Vern Bullough was a historian of sexology during this era, as well as being a researcher in the field. [20]

The emergence of HIV/AIDS in the 1980s caused a dramatic shift in sexological research efforts towards understanding and controlling the spread of the disease. [21] [22]

This is a list of sexologists and notable contributors to the field of sexology, by year of birth: 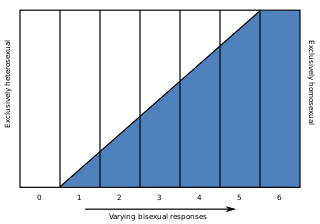 Transvestism is the practice of dressing in a style or manner traditionally associated with the opposite sex. In some cultures, transvestism is practiced for religious, traditional, or ceremonial reasons. 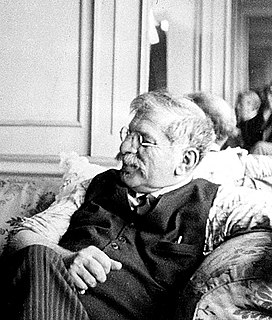 Magnus Hirschfeld was a German physician and sexologist educated primarily in Germany; he based his practice in Berlin-Charlottenburg during the Weimar period. An outspoken advocate for sexual minorities, Hirschfeld founded the Scientific-Humanitarian Committee. Historian Dustin Goltz characterized this group as having carried out "the first advocacy for homosexual and transgender rights". "Hirschfeld's radical ideas changed the way Germans thought about sexuality." Hirschfeld was targeted by Nazis for being Jewish and gay, he was beaten up by völkisch activists in 1920, and in 1933 his Institut für Sexualwissenschaft was sacked and had its books burned by Nazis, forcing him into exile. 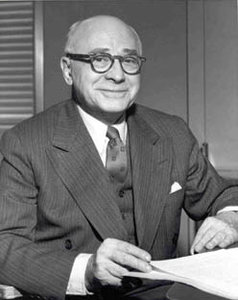 Harry Benjamin was a German-American endocrinologist and sexologist, widely known for his clinical work with transgender people.

Milton Diamond is a Professor Emeritus of anatomy and reproductive biology at the University of Hawaiʻi at Mānoa. After a career in the study of human sexuality, Diamond retired from the University in December 2009 but continued with his research and writing until retiring fully in 2018.

Vern Leroy Bullough was an American historian and sexologist.

In biology and sexology, the proceptive phase is the initial period in a relationship when organisms are "courting" each other, prior to the acceptive phase when copulation occurs. Behaviors that occur during the proceptive phase depend very much on the species, but may include visual displays, movements, sounds and odors.

Homosexual transsexual is a taxonomic category of transsexual individuals used in sexology, psychology, and psychiatry. It categorizes trans women who are exclusively attracted to men, and less often trans men who are exclusively attracted to women, based on their sex assigned at birth, rather than their current gender identity. The concept of categorizing trans women by sexual orientation originated with Magnus Hirschfeld in 1923, and was further developed by the sexologist Harry Benjamin in 1966 as a component of the Benjamin scale. The specific term homosexual transsexual was coined by Kurt Freund in 1973, and used from 1982 onward by him and others.

Blanchard's transsexualism typology is a proposed psychological typology of gender dysphoria, transsexualism, and fetishistic transvestism, created by Ray Blanchard through the 1980s and 1990s, building on the work of prior researchers, including his colleague Kurt Freund. Blanchard categorized trans women into two groups: homosexual transsexuals who are attracted exclusively to men, and who seek sex reassignment surgery because they are feminine in both behavior and appearance; and autogynephilic transsexuals who are sexually aroused at the idea of having a female body. According to Anne Lawrence, Blanchard's typology broke from earlier ones which "excluded the diagnosis of transsexualism" for arousal in response to cross-dressing. Lawrence stated that, before Blanchard, the idea that arousal in response to cross-dressing or cross-gender fantasy meant that one was not transsexual was a recurring theme in scholarly literature. Alice Dreger stated that Blanchard, Bailey, and Lawrence all agree that any trans woman who would benefit from sex reassignment surgery should receive it.

The German Society for Social-Scientific Sexuality Research is a sexuality research and counselling organization based in Düsseldorf. It is primarily devoted to sociological, behavioral, and cultural sexuality research.

Erwin J. Haeberle is a German social scientist and sexologist.

Ira Leonard Reiss is a sociologist with primary interests in studying the way society impacts our sexual attitudes and behaviors and how people respond to those pressures. He also has interests in the study of gender and family, particularly as they relate to sexuality. He attended Syracuse University for his B.S. degree and the Pennsylvania State University for his M. A. and Ph. D. degrees. His major area in graduate school was sociology and his minor areas were cultural anthropology and philosophy. His doctoral course work in sociology and philosophy was done at Columbia University and his French and German language study was taken at Yale University.

The Institute for Advanced Study of Human Sexuality (IASHS) was an unaccredited, for-profit, degree-granting institution and resource center in the field of sexology in San Francisco, California. It was established in 1976 and closed in 2018. Degree and certificate programs focused on public health, sex therapy, and sexological research.

Sexuality and Its Discontents: Meanings, Myths, and Modern Sexualities is a 1985 book about the politics and philosophy of sex by the sociologist Jeffrey Weeks. The book received positive reviews, crediting Weeks with explaining the theories of sexologists and usefully discussing controversial sexual issues. However, Weeks was criticised for his treatment of feminism and sado-masochism.

Studies in the Psychology of Sex: Volume 7 is a book published in 1928 by the English physician and writer Havelock Ellis (1859–1939). Ellis was an expert of human sexuality but was impotent until the age of 60 and married to an open lesbian for much of his life. He later discovered that he could be aroused by the sight of a woman urinating. Terming this sexual deviation undinism, it is one of several topics covered in the seventh and final volume of his studies in the psychology of sex.