Foreplay is a set of emotionally and physically intimate acts between two or more people meant to create sexual arousal and desire for sexual activity. [1] Although foreplay is typically understood as physical sexual activity, nonphysical activities, such as mental or verbal acts, may in some contexts be foreplay. Foreplay can mean different things to different people. [1]

Foreplay can be an ambiguous term because which sexual activities are prioritized can vary among people. Foreplay can consist of different practices. Some common sexual behaviors that are considered foreplay are kissing, sexual touching, removing clothing, oral sex, certain sexual games, and role playing. [1]

According to a survey on heterosexual couples about duration of sexual intercourse and foreplay, neither partner in these relationships were satisfied with the duration of foreplay in their relationships. This survey sampled 152 couples who were mainly university educated and satisfied with their sexual life. In this study, and when compared to some larger studies, men were better at perceiving desired sexual intercourse and foreplay duration for their partner. The average times spent on intercourse were 7 minutes and 12 minutes on foreplay for the couples in this survey. Another result of this survey was that the length of desired foreplay for men and women was about the same. [2]

In a global study of about twelve thousand individuals from 27 countries and 6 continents, physical foreplay was rated as "very important" for 63 percent of men and 60 percent of women. [3]

According to a study of individuals in committed romantic relationships, pornography and sexual media usage does not play a role in satisfaction with time spent on foreplay, although other aspects of sexual satisfaction can be impacted by this type of sexual media. This means that foreplay is an important part of the sexual script, and social influences on the sexual script such as pornography and provocative sexual media do not impact foreplay. Time spent on foreplay is an important part of becoming sexually aroused and unique to each individual, and individuals still need the same amount of foreplay in order to become sexually aroused despite what they learn from porn. [4]

Sexual role-playing or sex games can create sexual interest. [5] These games can be played in a variety of situations, and have been enhanced by technology. This type of extended foreplay can involve SMS messaging, phone calls, online chat, or other forms of distance communication, which are intended to stimulate fantasizing about the forthcoming encounter. This tantalization builds up sexual tension.

A card or board game can be played for foreplay. The objective of the game is for the partners to indulge their fantasies. The loser can, for example, be required to remove clothing or give the winner a sensual foot massage or any other thing that the winner wants to try. A sensuous atmosphere can also be enhanced by candles, drinks, sensual food or suggestive clothing. Even a suggestion of the use of sex toys or the playing of games involving fetish, sexual bondage, blindfolding or sploshing is an indication of sexual interest.

Some couples create sexual interest by watching erotic and pornographic videos. Role playing may involve the partners wearing costumes, to create and maintain a sexual fantasy. For variety, the partners can make up a (sexual) story together. One of them starts with a sentence and then the other continues until the story becomes sexually explicit, and it provides an opportunity for the partners to express their sexual fantasies. "Strangers for a day" is a role-playing game which consists of the couple playing roles of the first meeting between them. In a public meeting place, the partners pretend to be strangers meeting for the first time. The objective is for them to flirt and seduce the other, without doing or saying anything that they normally would not do or say at a first meeting.

Tantric foreplay is the first step in the lovemaking session, according to the tantra principles. Tantric sex is against rushing things for the purpose of reaching an orgasm, so tantric foreplay is a way to prepare the body and the mind for the union between the two bodies. The tantric rules say that foreplay must be focused on the preparation before sexual intercourse. Tantric foreplay may include sensual baths between the two partners in a relaxing atmosphere. Fragrance oil and candles may also be used to set up the mood. [6]

Tantric foreplay is only about giving each other time to connect spiritually and bind. Staring at each other while in a cross-legged position and touching the other's hand palms is a usual foreplay tactic used by tantra practitioners. Tantric foreplay may also include Tantra massages. The massage that is applied, according to the tantric philosophy, is not for reaching orgasms but for giving each other pleasure and connecting at a spiritual level. [7] 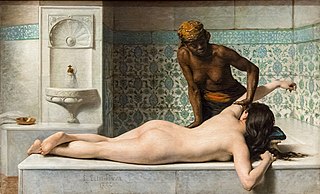 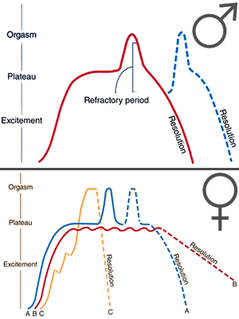 Female sexual arousal disorder (FSAD) is a disorder characterized by a persistent or recurrent inability to attain sexual arousal or to maintain arousal until the completion of a sexual activity. The diagnosis can also refer to an inadequate lubrication-swelling response normally present during arousal and sexual activity. The condition should be distinguished from a general loss of interest in sexual activity and from other sexual dysfunctions, such as the orgasmic disorder (anorgasmia) and hypoactive sexual desire disorder, which is characterized as a lack or absence of sexual fantasies and desire for sexual activity for some period of time.

Neotantra, navatantra or tantric sexuality, is the modern, Western variation of tantra associated with new religious movements. This includes both New Age and modern Western interpretations of traditional Hindu and Buddhist tantric sex. Some of its proponents refer to ancient and traditional texts and principles, and many others use tantra as a catch-all phrase for "sacred sexuality", and may incorporate unorthodox practices. In addition, not all of the elements of Indian tantric practices are used in neotantra, in particular the reliance on a guru. 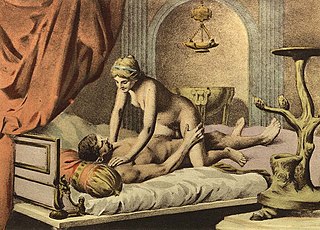 Pompoir is a sexual technique in which the woman uses her vaginal muscles to stimulate the man's penis. Both partners remain still, while the woman strokes the man's erection using rhythmic, rippling pulses of the pubococcygeus muscles, so this practice is best performed in a woman on top position. 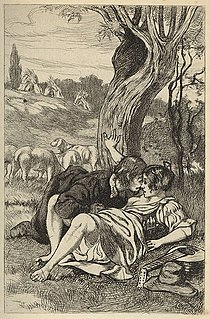