Sexual abuse, also referred to as molestation, is abusive sexual behavior by one person upon another. It is often perpetrated using force or by taking advantage of another. [1] When force is immediate, of short duration, or infrequent, it is called sexual assault [ citation needed ]. The offender is referred to as a sexual abuser or (often pejoratively) molester. [2] The term also covers any behavior by an adult or older adolescent towards a child to stimulate any of the involved sexually. The use of a child, or other individuals younger than the age of consent, for sexual stimulation is referred to as child sexual abuse or statutory rape. Live streaming sexual abuse involves trafficking and coerced sexual acts and or rape in real time on webcam. [3] [4] [5] [6]

Spousal sexual abuse is a form of domestic violence. When the abuse involves threats of unwanted sexual contact or forced sex by a woman's husband or ex-husband, it may constitute rape, depending on the jurisdiction, and may also constitute an assault. [7]

Child sexual abuse is a form of child abuse in which a child is abused for the sexual gratification of an adult or older adolescent. [8] [9] It includes direct sexual contact, the adult or otherwise older person engaging indecent exposure (of the genitals, female nipples, etc.) to a child with intent to gratify their own sexual desires or to intimidate or groom the child, asking or pressuring a child to engage in sexual activities, displaying pornography to a child, or using a child to produce child pornography. [8] [10] [11]

Sexual abuse by a family member is a form of incest, which can result in severe long-term psychological trauma, especially in the case of parental incest. [17]

Globally, approximately 18–19% of women and 8% of men disclose being sexually abused during their childhood. [18] [19] The gender gap may be caused by higher victimization of girls, lower willingness of men to disclose abuse, or both. [18] Most sexual abuse offenders are acquainted with their victims; approximately 30% are relatives of the child, most often fathers, uncles or cousins; around 60% are other acquaintances such as friends of the family, babysitters, or neighbors; strangers are the offenders in approximately 10% of child sexual abuse cases. Most child sexual abuse is committed by men; women commit approximately 14% of offenses reported against boys and 6% of offenses reported against girls. [20] Child sexual abuse offenders are not pedophiles unless they have a primary or exclusive sexual interest in prepubescent children. [21]

Elderly people, especially those with dementia, can be at risk of abuse. There were over 6,000 "safeguarding concerns and alerts" at UK care homes from 2013 to 2015. These included alleged inappropriate touching and worse allegations. Offenders were most often other residents but staff also offended. It is suspected some care homes may deliberately overlook these offenses. [22]

Sometimes abuse victims are not believed because they are not seen as credible witnesses due to their dementia. Perpetrators frequently target victims who they know are unlikely to be believed. Spouses and partners sometimes continue to pursue sexual relations, without realising they no longer have this right, because the person with dementia can no longer consent. [23]

People in poverty, including those from developing countries, are vulnerable to forced prostitution, [24] [25] [26] live streaming sexual abuse, [27] [28] [29] and other forms of molestation. Victims who come from families in poverty often have less connections, power, protection, and education about sex crimes. [30]

Sex abuse is one of the most common forms of abuse in nursing homes[ citation needed ]. If a nursing home fails to do proper background checks on an employee who subsequently abuses residents, the home can be liable for negligence. If nursing homes fail to supervise staff or train staff to recognise signs of abuse, the home can also be liable for negligence. [31] Sexual activity by care givers may be a crime. Victims may not report abuse or cooperate with investigations due to associated stigma and/or reluctance to mention body parts. [23]

In the emergency department, contraceptive medications are offered to women raped by men because about 5% of such rapes result in pregnancy. [32] Preventative medication against sexually transmitted infections are given to victims of all types of sexual abuse (especially for the most common diseases like chlamydia, gonorhea, trichomoniasis and bacterial vaginosis) and a blood serum is collected to test for STIs (such as HIV, hepatitis B and syphilis). [32] Any survivor with abrasions are immunized for tetanus if 5 years have elapsed since the last immunization. [32] Short-term treatment with a benzodiazepine may help with acute anxiety and antidepressants may be helpful for symptoms of PTSD, depression and panic attacks. [32]

In regards to long term psychological treatment, prolonged exposure therapy has been tested as a method of long-term PTSD treatment for victims of sexual abuse. [34]

The term survivor is sometimes used for a living victim, including victims of usually non-fatal harm, to honor and empower the strength of an individual to heal, in particular a living victim of sexual abuse or assault. [41] For example, there are the Survivors Network of those Abused by Priests and The Survivors Trust.

Sexual misconduct can occur where one person uses a position of authority to compel another person to engage in an otherwise unwanted sexual activity. For example, sexual harassment in the workplace might involve an employee being coerced into a sexual situation out of fear of being dismissed. Sexual harassment in education might involve a student submitting to the sexual advances of a person in authority in fear of being punished, for example by being given a failing grade.

In October 2020, a powerful member of the United Arab Emirates’ royal family, Nahyan bin Mubarak Al Nahyan was accused of exploiting his authority by a British citizen, Caitlin McNamara, who was working on Abu Dhabi Hay Festival. On February 14 that year, the UAE's Minister of Tolerance called McNamara for a dinner at his villa on private island and sexually abused the woman, who was organizing the literary festival for the country. [50]

Sexual abuse has been identified among animals as well; for example, among the Adélie penguins. [55]

Sexual assault is an act in which a person intentionally sexually touches another person without that person's consent, or coerces or physically forces a person to engage in a sexual act against their will. It is a form of sexual violence, which includes child sexual abuse, groping, rape, or the torture of the person in a sexual manner.

A significant proportion of victims of rape or other sexual violence incidents are male. Historically, rape was thought to be, and defined as, a crime committed solely against women. This belief is still held in some parts of the world, but rape of males is now commonly criminalized and has been subject to more discussion than in the past.

Abuse is the improper usage or treatment of a thing, often to unfairly or improperly gain benefit. Abuse can come in many forms, such as: physical or verbal maltreatment, injury, assault, violation, rape, unjust practices, crimes, or other types of aggression. To these descriptions, one can also add the Kantian notion of the wrongness of using another human being as means to an end rather than as ends in themselves. Some sources describe abuse as "socially constructed", which means there may be more or less recognition of the suffering of a victim at different times and societies.

Sexual violence is any sexual act or attempt to obtain a sexual act by violence or coercion, acts to traffic a person or acts directed against a person's sexuality, regardless of the relationship to the victim. It occurs in times of peace and armed conflict situations, is widespread and is considered to be one of the most traumatic, pervasive, and most common human rights violations.

Victim blaming occurs when the victim of a crime or any wrongful act is held entirely or partially at fault for the harm that befell them. The study of victimology seeks to mitigate the prejudice against victims, and the perception that victims are in any way responsible for the actions of offenders. There is historical and current prejudice against the victims of domestic violence and sex crimes, such as the greater tendency to blame victims of rape than victims of robbery if victims and perpetrators knew each other prior to the commission of the crime.

Rape by gender classifies types of rape by the sex and/or gender of both the rapist and the victim. This scope includes both rape and sexual assault more generally. Most research indicates that rape affects women disproportionately, with the majority of people convicted being men; however, since the broadening of the definition of rape in 2012 by the FBI, more attention is being given to male rape, including females raping males.

Rape is a traumatic experience that impacts the victim in a physical, psychological, and sociological way, Even though the effects and aftermath of rape differentiate among victims, individuals tend to suffer from similar issues found within these three categories. Long term reactions may involve the development of coping mechanisms that will either benefit the victim, such as social support, or inhibit their recovery. Seeking support and professional resources may assist the victim in numerous ways.

Pedophilia is a psychiatric disorder in which an adult or older adolescent experiences a primary or exclusive sexual attraction to prepubescent children. Although girls typically begin the process of puberty at age 10 or 11, and boys at age 11 or 12, criteria for pedophilia extend the cut-off point for prepubescence to age 13. A person must be at least 16 years old, and at least five years older than the prepubescent child, for the attraction to be diagnosed as pedophilia. 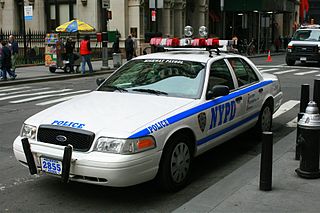 Crime in the United States has been recorded since colonization. Crime rates have varied over time, with a sharp rise after 1900, reaching a broad bulging peak between the 1970s and early 1990s. Since then, crime has declined significantly. 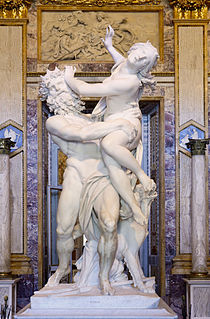 Rape is a type of sexual assault usually involving sexual intercourse or other forms of sexual penetration carried out against a person without that person's consent. The act may be carried out by physical force, coercion, abuse of authority, or against a person who is incapable of giving valid consent, such as one who is unconscious, incapacitated, has an intellectual disability or is below the legal age of consent. The term rape is sometimes used interchangeably with the term sexual assault.

Sibling abuse includes the physical, psychological, or sexual abuse of one sibling by another. A fourth category that brought attention from researchers during the first decade of the 21st century is sibling relational abuse, which derives from relational aggression.

Rape trauma syndrome (RTS) is the psychological trauma experienced by a rape victim that includes disruptions to normal physical, emotional, cognitive, and interpersonal behavior. The theory was first described by nurse Ann Wolbert Burgess and sociologist Lynda Lytle Holmstrom in 1974.

Child sexual abuse, also called child molestation, is a form of child abuse in which an adult or older adolescent uses a child for sexual stimulation. Forms of child sexual abuse include engaging in sexual activities with a child, indecent exposure, child grooming, and child sexual exploitation, including using a child to produce child pornography. 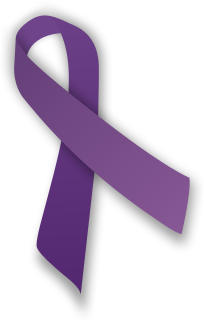 Domestic violence is violence or other abuse in a domestic setting, such as in marriage or cohabitation. Domestic violence is often used as a synonym for intimate partner violence, which is committed by a spouse or partner in an intimate relationship against the other spouse or partner, and can take place in heterosexual or same-sex relationships, or between former spouses or partners. In its broadest sense, domestic violence also involves violence against children, parents, or the elderly. It takes a number of forms, including physical, verbal, emotional, economic, religious, reproductive, and sexual abuse, which can range from subtle, coercive forms to marital rape and to violent physical abuse such as choking, beating, female genital mutilation, and acid throwing that results in disfigurement or death. Domestic murders include stoning, bride burning, honor killings, and dowry deaths.

The virgin cleansing myth is the belief that having sex with a virgin girl cures a man of HIV/AIDS or other sexually transmitted diseases.