Philosophy of sex is an aspect of applied philosophy involved with the study of sex and love. It includes both ethics of phenomena such as prostitution, rape, sexual harassment, sexual identity, the age of consent, homosexuality, and conceptual analysis of concepts such as "what is sex?" It also includes questions of sexuality and sexual identity and the ontological status of gender. Leading contemporary philosophers of sex include Alan Soble and Judith Butler.

Contemporary philosophy of sex is sometimes informed by Western feminism. Issues raised by feminists regarding gender differences, sexual politics, and the nature of sexual identity are important questions in the philosophy of sex.

History of the philosophy of sex

Throughout much of the history of Western philosophy, questions of sex and sexuality have been considered only within the general subject of ethics. There have, however, been deviations from this pattern out of which emerge a tradition of speaking of sexual issues in their own right.

The Society for the Philosophy of Sex and Love is a professional group within the membership of the American Philosophical Association.

Moral evaluations of sexual activity are determined by judgments on the nature of the sexual impulse. In this light, philosophies fall into two camps: [1]

A negative understanding of sexuality, such as from Immanuel Kant, believes that sexuality undermines values, and challenges our moral treatment of other persons. Sex, says Kant, "makes of the loved person an Object of appetite". [2] In this understanding, sex is often advised only for the purpose of procreation. Sometimes sexual celibacy is considered to lead to the best, or most moral life. [3]

A positive understanding of sexuality – such as from Russell Vannoy, Irving Singer – sees sexual activity as pleasing the self and the other at the same time.

Thomas Nagel proposes that only sexual interactions with mutual sexual arousal are natural to human sexuality. Perverted sexual encounters or events would be those in which this reciprocal arousal is absent, and in which a person remains fully a subject of the sexual experience or fully an object. [4] 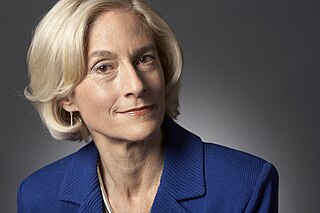 Martha Craven Nussbaum is an American philosopher and the current Ernst Freund Distinguished Service Professor of Law and Ethics at the University of Chicago, where she is jointly appointed in the law school and the philosophy department. She has a particular interest in ancient Greek and Roman philosophy, political philosophy, feminism, and ethics, including animal rights. She also holds associate appointments in classics, divinity, and political science, is a member of the Committee on Southern Asian Studies, and a board member of the Human Rights Program. She previously taught at Harvard and Brown. 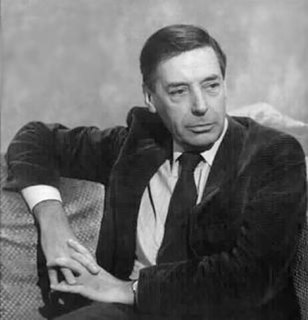 Sir Bernard Arthur Owen Williams, FBA was an English moral philosopher. His publications include Problems of the Self (1973), Ethics and the Limits of Philosophy (1985), Shame and Necessity (1993), and Truth and Truthfulness (2002). He was knighted in 1999.

Robert N. Audi is an American philosopher whose major work has focused on epistemology, ethics, and the theory of action. He is O'Brien Professor of Philosophy at the University of Notre Dame, and previously held a Chair in the Business School there. His 2005 book, The Good in the Right, updates and strengthens Rossian intuitionism and develops the epistemology of ethics. He has also written important works of political philosophy, particularly on the relationship between church and state. He is a past president of the American Philosophical Association and the Society of Christian Philosophers.

Gregory Pence is an American philosopher.

Kathleen Marie Higgins is an American Professor of Philosophy at the University of Texas at Austin where she has been teaching for over thirty years. She specializes in aesthetics, philosophy of music, nineteenth and twentieth-century continental philosophy, and philosophy of emotion.

Alan Gerald Soble is an American philosopher and author of several books on the philosophy of sex. He taught at the University of New Orleans from 1986 to 2006. He is currently Adjunct Professor of philosophy at Drexel University in Philadelphia.

Eva Feder Kittay is an American philosopher. She is Distinguished Professor of Philosophy (Emerita) at Stony Brook University. Her primary interests include feminist philosophy, ethics, social and political theory, metaphor, and the application of these disciplines to disability studies. Kittay has also attempted to bring philosophical concerns into the public spotlight, including leading The Women's Committee of One Hundred in 1995, an organization that opposed the perceived punitive nature of the social welfare reforms taking place in the United States at the time.

Cheshire Calhoun is Professor of Philosophy at Arizona State University and research professor at the Center for the Philosophy of Freedom at the University of Arizona. She is best known for her work in feminist philosophy as well as writing on gay and lesbian philosophy and the morality of same-sex marriage.

Richard Kraut is the Charles and Emma Morrison Professor in the Humanities at Northwestern University.