AskMen is a free online men's web portal, with international versions in Australia, Canada, the Middle East, the United Kingdom and the United States. It is owned by Ziff Davis and operates through the IGN Entertainment unit.

AskMen was founded in August 1999, created by Ricardo Poupada, Christopher Bellerose Rovny and Luís Rodrigues, all three graduates of Concordia University's John Molson School of Business in Montreal. The company secured $500,000 in venture capital in 2000 while its main competitor, TheMan.com, obtained $17 million in financing from Highland Capital. In November 2000, TheMan.com shut down operations, providing an opportunity for AskMen to become the largest men's lifestyle website online. [2] By 2001, AskMen surpassed the other websites in its category to become the largest men's lifestyle website. [3] In 2005, AskMen was acquired by IGN. [4]

AskMen launched a three-book series published by HarperCollins in May 2007, starting with their first book titled From the Bar to the Bedroom. [7] 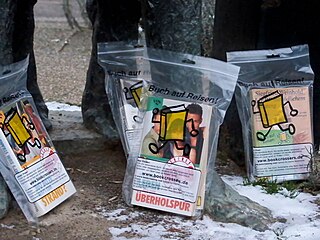 BookCrossing is defined as "the practice of leaving a book in a public place to be picked up and read by others, who then do likewise." The term is derived from bookcrossing.com, a free online book club which was founded to encourage the practice, aiming to "make the whole world a library."

Fuse is an American pay television channel that first launched in 1994 and was originally dedicated to music. After merging with the Latino-oriented NuvoTV in 2015, Fuse shifted its focus to general entertainment and lifestyle programming targeting multicultural young adults.

Jennifer Botterill, is a retired women's hockey player who played for Harvard University, the Canadian national team, the Mississauga Chiefs, and the Toronto Aeros. She assisted on the game-winning goal in her final international game, Canada's 2-0 win over the United States for the gold medal in the 2010 Winter Olympics. 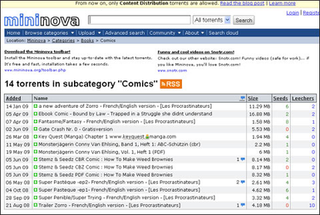 Monsters and Critics (M&C) is a news blog founded in 2003. It features celebrity and entertainment news, reviews and coverage of subjects related to the arts, health and wellness, literature, lifestyle, tech, travel, fashion, beauty, food, spirits, wine and automobiles.

aNobii is a social networking site aimed at readers. Its website was launched in 2006 by Greg Sung. It was acquired by the publisher Mondadori in 2014 from a venture backed by HMV Group, HarperCollins, Penguin and Random House.

Gail Vaz-Oxlade is a Jamaican-Canadian financial writer and television personality who lives in Brighton, Ontario, Canada. Vaz-Oxlade hosts the Canadian television series Til Debt Do Us Part, Princess and, most recently, Money Moron. Vaz-Oxlade is also a regular columnist for Yahoo! Canada Finance. Previously, she was a regular feature writer for The Globe and Mail, Chatelaine magazine, IE: Money and MoneySense.ca, among others. Gail most recently ventured into the divorce realm by offering financially based divorce services through Common Sense Divorce.

This is a partial, non-exhaustive list of notable online dating websites and mobile apps.

Omegle is a free online chat website that allows users to socialize with others without the need to register. The service randomly pairs users in one-on-one chat sessions where they chat anonymously using the names "You" and "Stranger" or "Stranger 1" and "Stranger 2" in the case of Spy mode. The site was created by 18-year-old Leif K-Brooks of Brattleboro, Vermont, and was launched on March 25, 2009. Less than a month after launch, Omegle garnered around 150,000 page views a day, and in March 2010 the site introduced a video conferencing feature. The site now provides a mobile application that lets users chat with strangers from mobile devices.

CraveOnline Media, LLC is a male lifestyle website based in Los Angeles with sales offices in New York City, Chicago and San Francisco. The site is owned by media company Evolve Media, LLC. CraveOnline focuses its contents into the male-lifestyle audience. It owns a dozen websites and has partnered with many more, producing various content for each site.

Cagepotato was a news/entertainment website focusing on the sport of mixed martial arts (MMA). The site is owned by Defy Media.

Mortal Kombat: Rebirth is a 2010 detailed short film directed by Kevin Tancharoen, with fight choreography by Larnell Stovall, who also choreographed Undisputed III: Redemption. Based on the Mortal Kombat series of fighting games, the short-film "actually was made by the director to sell Warner Bros. on his vision for a reimagined Mortal Kombat film." The pitch eventually evolved into the web series Mortal Kombat: Legacy. 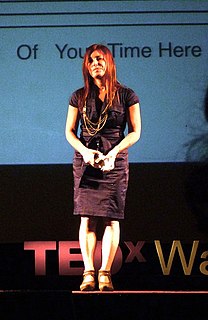 Amy Krouse Rosenthal was an American author of both adult and children's books, a short film maker, and radio show host. She is best known for her memoir Encyclopedia of an Ordinary Life, her children's picture books, and the film project The Beckoning of Lovely. She was a prolific writer, publishing more than 30 children's books between 2005 and her death in 2017. She is the only author to have three children's books make the Best Children's Books for Family Literacy list in the same year. She was a contributor to Chicago's NPR affiliate WBEZ, and to the TED conference.

Blokely is a men's lifestyle pure play website based in the UK. An independent platform, it evolved from a blogging site, which focused mainly on grooming and style stories, to a web portal site with a constant run of in-depth features on entertainment, music, grooming, lifestyle and sport. The website's target audience is men aged between 20 and 40.

The 2013 Canadian Soccer League season was the 16th since its establishment where a total of 21 teams from Ontario took part in the league. The season began on May 3, 2013, and concluded on November 3, 2013. SC Waterloo captured their first championship in a 3–1 victory over regular season champions Kingston FC in the CSL Championship final at Kalar Sports Park in Niagara, Ontario. Waterloo became the first club to win both the First & Second Division championships in one season. While Toronto Croatia B won the second division regular season title. 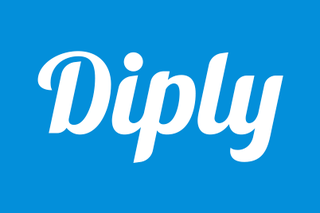