The print edition ceased in 2012, "and eWeek became an all-digital publication"), [2] at which time Quinstreet acquired the magazine from Internet company Ziff Davis, along with Baseline.com, ChannelInsider.com, CIOInsight.com, and WebBuyersGuide.com. [3]

eWeek was started under the name PCWeek on Feb. 28, 1984. [4] The magazine was called PCWeek until 2000, [1] during which time it covered the rise of business computing in America; as eWeek, it increased its online presence and covers more kinds of worldwide technologies.

The magazine was started by Ziff Davis [1] to cover the use of computers as business tools.

Chris Dobbrow, who "joined Ziff Davis Media ... as the associate publisher of PC Week, ... worked his way up the ladder at Ziff Davis, ... eventually becoming executive vice president." A short story in The New York Times about him said "He left in 2000 to join ... Last week, ... landed .. At eWeek. As the publisher. One step above the job he had 15 years ago." [1]

At the time, many magazines at the time already covered business computing, such as Datamation and Computerworld. There were also magazines dedicated to hobbyist machines, so it seemed there was no place for a weekly issue to fit in. The first few issues had only 22 pages of advertising, but then PCWeek began establishing itself. By the end of the first year, the average number of advertising pages for the last month was 74.875.[ citation needed ]

Twice eWeek had stories about The New York Times having its guard down:

An Atlantic magazine [8] titled "How Not to Get Hacked Like the New York Times" explained how the first hack on the Times worked; the Times reported on a second (same month) hack against NYTimes.com with the headline "Times Site Is Disrupted in Attack by Hackers." [9]

John Pallatto, a writer for PCWeek in its first year, produced a full buyer's guide on all DOS-compatible PCs on the market. [10]

Early promotional publications from PCWeek show them describing their key audience as "volume buyers", that is, people and companies that would buy PCs in bulk for business purposes.[ citation needed ] With this the magazine was able to show big computer companies that advertising in an issue of PCWeek was the best possible way to get their product seen by the biggest and most important buyers.

PCWeek grew. Scot Peterson became eWeek's main editor in 2005, having been, a Ziff-Davis employee since 1995, and previously held the title news editor. [11]

Jim Louderback, a lab director at PCWeek as of 1991, describes how they were able to "get a product in on Wednesday, review it, and have it on the front page on Monday" and that "that was something we were the first to do". [4]

In 2012, eWeek and other Ziff Davis assets were acquired by the company QuinStreet, which also runs other tech-oriented publications. [3]

As the whole PC Industry evolved, PCWeek grew, and also developed a very active audience that spoke of their experiences, good and bad. Successor eWeek is even more oriented towards "Lab-based product evaluation," [4] and covers a wide range tech topics. [13]

Among former/current writers are:

A famous part of PCWeek was the fictional gossip columnist by the name of "Spencer F. Katt". The column would cover all sorts of rumors and gossip about the PC Industry, and the character of Spencer F. Katt became a famous icon of the entire world of computing. [16] [17]

PCWeek had influence on the PC Industry that it covered and the success of business PCs contributed to the success of PCWeek. John Pallatto characterizes the rise of PCs in 1985 as a "social phenomenon", and says that "the most sought-after status symbol on Wall Street in 1985... was the key to unlock the power switch on an IBM PC AT".

PCWeek was licensed in other countries, notably Australia, where it was first published by Australian Consolidated Press. Towards the end of the 1990s, the title shifted to a publishing partnership between Ziff-Davis and Australian Provincial Newspapers where its final Australian editor was Paul Zucker.

One story from PCWeek that is well known is their coverage of "the famous 1994 flaw in the numerical processor in Intel's Pentium chip". The news they broke on Intel's processor, along with other research, caused Intel to actually pull back and fix their chips before offering new ones. [4]

Current editor in chief Chris Preimesberger, who joined eWEEK in 2005 as a free-lancer, now runs a staff consisting of mostly free-lancers, many of whom have worked full time for eWEEK in the past and at other IT publications. The readership has been loyal through the years and now consists mostly of veteran IT professionals, company executives, software developers, investors and other people interested in the ebb and flow of the IT business and trends in products and services.

After 14 years at PC week, Sam Whitmore started his own firm (Media Survey). The latter, after over 2 decades, began a fellowship to train future reporters. [5] 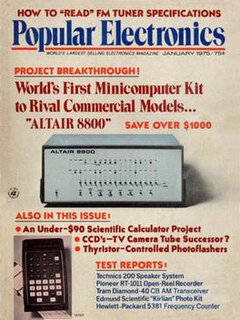 On personal computers, the turbo button is a button which provides two run states for the computer: normal speed or an enhanced "turbo" speed. It was relatively common on personal computers using the Intel 80286, Intel 80386 and Intel 80486 processors, from the mid 1980s to mid 1990s.

FamilyPC was a monthly American computer magazine published from 1994 to 2001. The collaboration between Walt Disney Publishing and Ziff-Davis was a brainchild of Jake Winebaum, with Robin Raskin serving as its first editor-in-chief.

PC/Computing was a monthly Ziff Davis publication that for most of its run focused on publishing reviews of IBM-compatible hardware and software and tips and reference information for users of such software and hardware.

William Bernard "Bill" Ziff Jr. was an American publishing executive. His father, William Bernard Ziff Sr., was the co-founder of Ziff Davis Inc. and when the elder Ziff died in 1953, Ziff took over the management of the company. After buying out partner Bernard G. Davis, he led Ziff Davis to become the most successful publisher of technology magazines in the 1970s and 1980s.

Games for Windows: The Official Magazine was a monthly computer game magazine published by Ziff Davis Media, licensing the Games for Windows brand from Microsoft Corporation. It was the successor to Computer Gaming World. The first issue was released in November 2006. As of the April/May 2008 issue, the magazine is no longer offered in print and the editorial staff was integrated with 1UP. 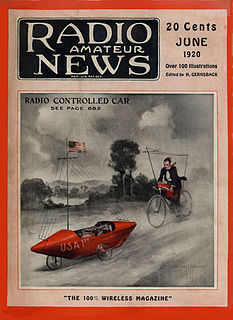 Radio News was an American monthly technology magazine published from 1919 to 1971. The magazine was started by Hugo Gernsback as a magazine for amateur radio enthusiasts, but it evolved to cover all the technical aspects to radio and electronics. In 1929 a bankruptcy forced the sale of Gernsback's publishing company to B. A. Mackinnon. In 1938 Ziff-Davis Publishing acquired the magazines. 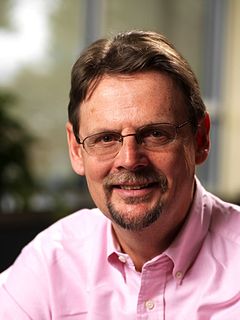 A journalist for over 33 years, John M. Dodge is a freelance writer and social media consultant. He is co-author of the Thinking Tech blog at SmartPlanet.com, writing netbook reviews for eWeek.com, consulting on social media, and contributing to his tech/personal blog The Dodge Retort. 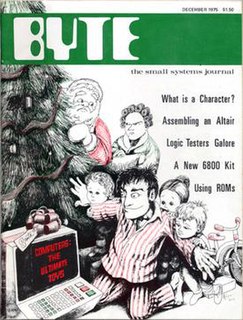 Mary Jo Foley is an American freelance technology writer, author, podcaster and news editor. She regularly writes news, previews, and reviews for Microsoft's strategy, products and technology. Foley has been covering news on Microsoft Windows, and previously on Unix-related technology, since 1983, for publications including ZDNet, eWeek, Baseline, Redmond magazine and PC Magazine. 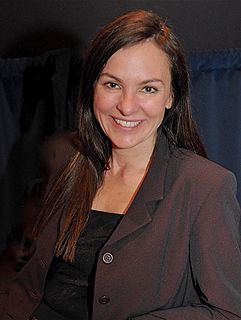 Gina Smith is an American entrepreneur, author, and journalist who co-wrote Steve Wozniak's 2006 autobiography iWoz: From Computer Geek to Cult Icon: How I Invented the Personal Computer, Co-Founded Apple, and Had Fun Doing It. In 2001, Smith was named one of the 100 most influential people in technology by Upside Magazine.