Aurora is an unincorporated community in Marshall County, Kentucky, United States. [1] Aurora is located near Kentucky Lake and the Land Between the Lakes National Recreation Area. It becomes a popular tourist attraction area during the summer having several hotels, campgrounds, small restaurants, and a few surrounding stores. Aurora hosts two annual festivities: the Hot August Blues Festival and The Aurora Country Festival, the latter of which is a three-day celebration in October that consists of arts and crafts, a parade, and an antique flea market.

Marshall County is a county located in the U.S. state of Kentucky. As of the 2010 census, the population was 31,448. Its county seat is Benton. It was a dry county until July 28, 2015, when residents voted for the county to go "wet". It is the only Purchase Area county not to border another state; a narrow strip of land in neighboring Livingston County separates Marshall County from the Ohio River and the Illinois border.

Lyon County is a county located in the U.S. state of Kentucky. As of the 2010 census, the population was 8,314. Its county seat is Eddyville. The county was formed from Caldwell County, Kentucky in 1854 and named for former Congressman Chittenden Lyon.

Logan County is a county located in the southwest Pennyroyal Plateau area of the U.S. Commonwealth of Kentucky. As of the 2010 census, the population was 26,835. Its county seat is Russellville.

Spring Mill is a home rule-class city in Jefferson County, Kentucky, United States. The population was 287 at the 2010 census, down from 380 at the 2000 census.

Roseboom is a town in Otsego County, New York, United States. The population was 711 at the 2010 census. The town name is that of an early landowners and settlers Abram and John Roseboom.

The Jackson Purchase, also known as the Purchase Region or simply the Purchase, is a region in the U.S. state of Kentucky bounded by the Mississippi River to the west, the Ohio River to the north, and Tennessee River to the east. Although officially part of Kentucky at its statehood in 1792, the land did not come under definitive U.S. control until 1818, when Andrew Jackson purchased it from the Chickasaw Indians. Historically, this region has been considered the most "Southern" of Kentucky.

The Diocese of Baker is a territorial division, or diocese, of the Roman Catholic Church in Eastern Oregon, United States. It is a suffragan see of the Archdiocese of Portland.

WDVM is a radio station in Eau Claire, Wisconsin, United States. It is part of the Relevant Radio Christian network.

Unalga Island is one of the Fox Islands subgroup of the Aleutian Islands of southwestern Alaska, United States. It lies just northeast of Unalaska Island and across Akutan Pass from Akutan Island to its northeast. It is the westernmost island in the Aleutians East Borough. Unalga Island has a land area of 11.004 square miles and is unpopulated. The island is 6.7 kilometres (4.2 mi) long and 8.2 kilometres (5.1 mi) wide.

Kenlake State Resort Park is a park located on the western shore of Kentucky Lake. The park's main entrance and most of its facilities are located in Marshall County; the park also extends into Calloway County. The mailing address of the park is Hardin, Kentucky; however, it is located much closer to the unincorporated community of Aurora, Kentucky. The nearest town of substantial size is Murray. The park encompasses 1,795 acres (726 ha) of land, 160,300 acres (64,900 ha) of water, and features climate-controlled indoor tennis courts. It was Kentucky's first state resort park. Along with Lake Barkley State Resort Park and Kentucky Dam Village State Resort Park, Kenlake State Resort Park is part of the Land Between the Lakes National Recreation Area, originally organized by the Great Depression–era Tennessee Valley Authority (TVA). 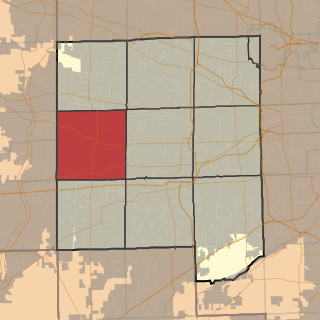 Winfield Township is one of nine townships in DuPage County, Illinois, USA. As of the 2010 census, its population was 46,233 and it contained 15,856 housing units. It is the least populous of the DuPage County Townships.

Berkeley is a city-center neighborhood in Denver, Colorado, located in the area traditionally called Northwest Denver, on the west side of Interstate 25 and just south of Interstate 70. The neighborhood is bounded by Federal Boulevard on the east, I-70 on the north, Sheridan Boulevard on the West and 38th avenue on the south. It is bordered by the West Highland neighborhood on the south and is often erroneously grouped together with the Highlands. The neighborhood contains two lakes surrounded by parks, one eponymous and Rocky Mountain Lake Park. Berkeley Park also contains the William Scheitler Recreation Center, run by the City and County of Denver and including both indoor and outdoor public pools. Berkeley has experienced rapid growth and rise in property values in the last 20 years and particularly since the closing of Elitch Gardens Amusement Park in October 1994. Particularly, Tennyson Street has become a commercial and cultural center for Northwest Denver, beginning in the current decade to rival Highland Square in nearby Highland. City Congressman Rick Garcia pushed for the further development of Tennyson Street in the November 2011 election season and succeeded in obtaining the voters' approval for $2.5 million in public works funding. Business owners on Tennyson from 48th Avenue to 38th Avenue currently collaborate in an Art Walk held on the first Friday of every month. 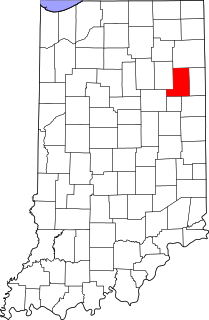 North Oaks is an unincorporated community in Lancaster Township, Wells County, in the U.S. state of Indiana.

Little Hell is an unincorporated community in Accomack County, Virginia.

Allison Gap is an unincorporated community in Smyth County, Virginia. It was defined as a census-designated place at the 1950 United States Census where it had a population of 1,015. It did not reappear at subsequent censuses.

Golden Pond is a ghost town in western Trigg County, Kentucky, United States. The town is located in the Land Between the Lakes National Recreation Area 11 miles (18 km) west-southwest of Cadiz. Golden Pond was established in the 19th century and became known for its moonshining activity during Prohibition. The settlement was abandoned in 1969 when the land in the recreation area was evacuated.

Stoneburner Landing is an unincorporated community in Plain Township, Kosciusko County, in the U.S. state of Indiana.