The Bait Car series premiered on August 6, 2007, on Court TV (now truTV). Season two of the show premiered in August 2009 on truTV, and season three premiered in June 2010. The first three seasons of the show were primarily shot in Los Angeles and New Orleans. After nearly four months with no new episodes, Bait Car began airing a fourth season in December 2010 on Mondays at 8:30pm EST. Shot in San Francisco, this fourth season was produced by KKI Productions, and a 2007 Honda Accord was used as the bait car. [1] Season 5 aired from January 2012 to October 2012. The show was not renewed for a sixth season.

Reruns of Bait Car continue to air on truTV, and as of January 2015, on the Justice Network—a newly formed OTA digital subchannel.

In this crime reality series, teams of undercover officers drive the bait car to areas with high rates of auto theft, where they park it and leave it unattended with the engine running. The idea is that would-be car thieves will hop in and drive away. Unbeknownst to the criminals, a hidden camera and a radio tracker have been placed on the dashboard, and a police force is watching their every move. The thief is then tracked down and arrested. [2] Bait Car operations typically call for about a dozen officers on duty, and the cases are often charged as misdemeanors. [1] Chicago police officers stage the car in a different manner, allowing offenders to be charged with felony possession of a stolen motor vehicle, burglary, or both. Chicago Police Officers do not leave the car running with the keys in the ignition or with the doors open. In rare instances, teams suspend the bait car operations to pursue a vehicle that was already stolen.

The show was created by production company Departure Films, based out of New York, NY.

Opponents of Bait Car have expressed concern that the show merely creates crime and might even be considered entrapment.

Those in law enforcement argue that the show is a legitimate and effective way to catch auto thieves. "John Q Public doesn't climb into bait cars," a Florida officer states. "We are talking about people who have been arrested time and time again. Everybody we've arrested with a bait car has had an extensive criminal record." [3]

During season 5, LA prosecutors dropped charges against Keenen Alex after TV footage showed Detective Anthony Shapiro failed to read him a Miranda warning. Detective Shapiro asked Alex, "You watch TV. You know your rights and all that?" [4]

Motor vehicle theft is the criminal act of stealing or attempting to steal a motor vehicle. Nationwide in the United States in 2012, there were an estimated 721,053 motor vehicle thefts, or approximately 229.7 motor vehicles stolen for every 100,000 inhabitants. Property losses due to motor vehicle theft in 2012 were estimated at $4.3 billion. 15,037 cars with comprehensive insurance were stolen in Germany in 2018 alone. This evens out to one stolen car every 35 minutes. Car thieves caused losses of 298 million euros.

A car chase is the vehicular overland chase of one party by another, involving at least one automobile or other wheeled motor vehicle in pursuit – commonly hot pursuit of suspects by law enforcers. The rise of the automotive industry in the 20th century increased car ownership, leading to a growing number of criminals attempting to evade police in their own vehicle or a stolen car. Car chases may, instead, involve other parties in pursuit of a criminal suspect or intended victim, or simply in an attempt to make contact with a moving person for non-conflict reasons.

The Russell Street bombing was the 27 March 1986 bombing of the Russell Street Police Headquarters complex in Melbourne, Victoria, Australia. The explosion killed Angela Rose Taylor, the first Australian policewoman to be killed in the line of duty. The materials for the bomb were stolen from Tyrconnel Mine. Several men were arrested for suspected involvement with the bombing. Stanley Taylor and Craig Minogue were convicted of murder and various other offences related to the bombing. Peter Reed and Rodney Minogue were acquitted of any offences related to the bombing but Reed was convicted of a number of offences related to his arrest, which involved a shootout with police officers in which he and an officer were wounded. He was sentenced to 12 years imprisonment. 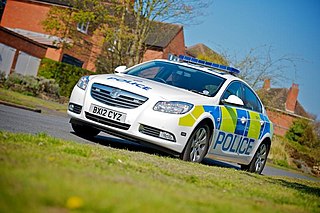 A police car is a ground vehicle used by police for transportation during patrols and to enable them to respond to incidents and chases. Typical uses of a police car include transporting officers so they can reach the scene of an incident quickly, transporting and temporarily detaining suspects in the back seats, as a location to use their police radio or laptop, or to patrol an area, all while providing a visible deterrent to crime. Some police cars are specially adapted for certain locations or for certain operations. Police cars typically have rooftop flashing lights, a siren, and emblems or markings indicating that the vehicle is a police car. Some police cars may have reinforced bumpers and alley lights, for illuminating darkened alleys. 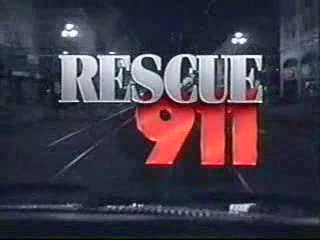 Rescue 911 is an informational docudrama television series that premiered on CBS on April 18, 1989, and ended on August 27, 1996. The series was hosted by William Shatner and featured reenactments of emergencies that often involved calls to 911.

A bait car, also called a decoy car, hot car, or trap car, is a vehicle used by law enforcement agencies to capture car thieves or thieves who steal items from cars. The vehicles are modified with audio/video surveillance technology, and can be remotely monitored and controlled. Those set up to catch car thieves may include GPS tracking. A "kill switch" may be installed in the vehicle allowing police to remotely disable the engine and lock all doors, preventing escape. A car set up to catch thieves who steal items from cars may be disabled so that it cannot be started and have specially prepared "bait property". 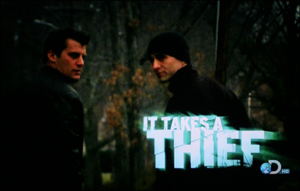 It Takes a Thief is an American reality television series that originally aired on the Discovery Channel from February 2, 2005 to April 13, 2007. The program stars and is hosted by Matt Johnston and Jon Douglas Rainey, two former thieves who use their unique expertise to teach people in an unusual way to protect their properties. 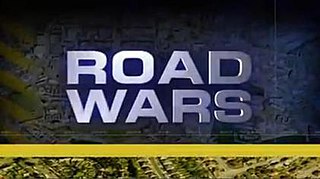 Road Wars is a police reality television programme created by Raw Cut TV for British Sky Broadcasting and broadcast on Sky1 from 2003 to 2010. From Series 1 the show was narrated by Lee Boardman who played villain Jez Quigley in ITV soap Coronation Street. The 2nd half of series 7 was narrated by Claire Goose who played Inspector Rachel Weston in ITV police drama The Bill. 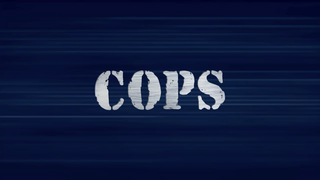 Cops is an American television documentary reality legal programming television show that is currently in its 33rd season. It is produced by Langley Productions. It premiered on the Fox network on March 11, 1989. The series followed city police officers and sheriff's deputies, sometimes backed up by state police or other state agencies, during patrol, calls for service, and other police activities including prostitution and narcotic stings, and occasionally the serving of search/arrest warrants at criminal residences. Some episodes also featured federal agencies. The show assigned television camera crews to accompany them as they performed their duties. Its formula followed the cinéma vérité convention, which does not consist of any narration, scripted dialogue or incidental music/added sound effects, depending entirely on the commentary of the officers and on the actions of the people with whom they come into contact, giving the audience a fly on the wall point of view. Each episode typically consisted of three self-contained segments which often ended with one or more arrests. 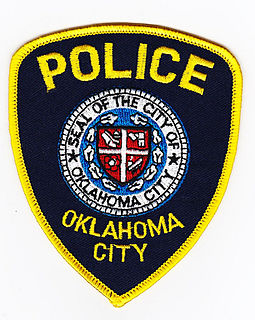 The Oklahoma City Police Department, was established in 1898 following the Land Runs. The OCPD is the largest law enforcement agency in the State of Oklahoma and has primary police jurisdiction within the corporate limits of the City of Oklahoma City. The OCPD is one of the oldest police departments in Oklahoma, tracing its roots back to Indian Territory.

The Fresno Police Department (FPD) is responsible for policing the city of Fresno, California. The Chief of Police is Paco Balderrama who was sworn in on January 11, 2021. In 2005, the department had 807 sworn personnel and 406 non-sworn personnel. 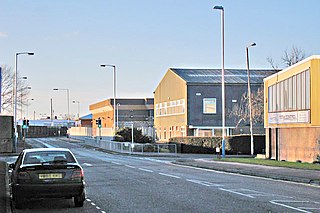 The Securitas depot robbery was a large heist in Tonbridge, Kent, England. It began with a kidnapping on the evening of 21 February 2006 18:30 GMT and ended in the early hours of 22 February, when the criminals left the depot with over £53 million cash. It was the UK's largest cash robbery and the gang left behind another £154 million only because they did not have the room to take it.

Hot Pursuit is an American reality television series that aired on Court TV. It is produced by Bullseye Productions, with the producer being Phil Ward. The running time of Hot Pursuit is 30 minutes. The series slogan is "The Chase Is On".

Most Shocking is an American reality television show produced by Nash Entertainment and truTV Original Productions. A spin-off series entitled Top 20 Countdown: Most Shocking aired from 2009 to 2012.

The Columbia Police Department (CPD) is the principal law enforcement agency serving the city of Columbia, Missouri in the United States. It protects a metropolitan population of nearly 122,000 with 174 sworn police officers.

Las Vegas Jailhouse is an American crime and law enforcement documentary television series and reality series that aired on truTV from January 31, 2010 to April 29, 2012. The program focuses on Las Vegas police officers handling the detention and booking process of various criminals arrested in Las Vegas, and centered on the Clark County Detention Center.

Live PD is an American television program that aired on the A&E Network from 2016 to 2020. It followed police officers in the course of their patrols live, broadcasting select encounters with the nation. The show was hosted by Dan Abrams with analysis provided by Tom Morris Jr. and LT. Sean "Sticks" Larkin.

Dolal Idd was a 23-year-old Somali-American man who was killed in an exchange of gunfire with Minneapolis police officers at approximately 6:15 p.m. CST on December 30, 2020, after he shot at them from inside the car he was driving. The fatal encounter happened in the U.S. state of Minnesota during a police sting operation.

Law enforcement authorities fatally shot Winston Boogie Smith, a 32-year-old black American man, in the Uptown area of Minneapolis at 2:08 p.m. CDT on June 3, 2021. Smith was being pursued by a U.S. Marshals Service task force that apprehends wanted fugitives. The arrest operation had the participation of undercover agents from several local police agencies in Minnesota.