On August 28, the music video was released via the band's Facebook page. It was filmed at Floyd Bennett Airfield in Brooklyn, and directed by Moh Azima. It consists of Daniel Kessler and Sam Fogarino playing in front of mirrors, while Paul Banks sings in front of a projector. [1] 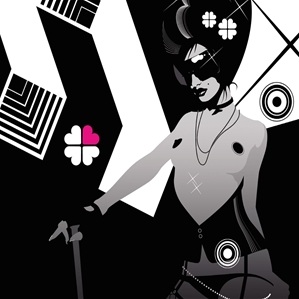 "Supermassive Black Hole" is a song by English rock band Muse. Written by Muse lead singer and principal songwriter Matt Bellamy, it was released as the lead single from the band's fourth studio album, Black Holes and Revelations (2006), on 19 June 2006, backed with "Crying Shame". 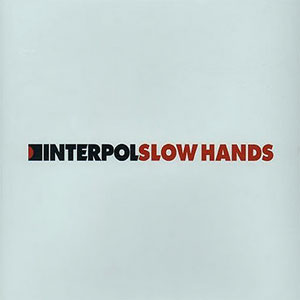 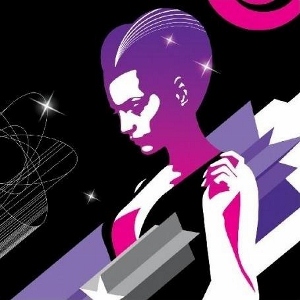 "Starlight" is a song by English alternative rock band Muse. It was released on 22 August 2006 in the United Kingdom as the second single from their fourth studio album Black Holes and Revelations (2006). The lyric "Our hopes and expectations, black holes and revelations" gives the album its title. 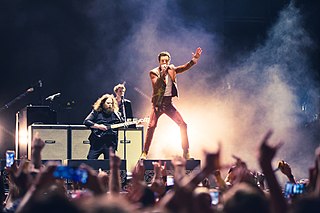 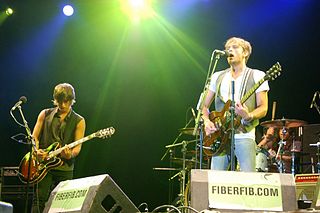 The discography of Kings of Leon, an American rock band, consists of eight studio albums, one live album, two compilation albums, one video album, five extended plays, 26 singles, one promotional single and 26 music videos. As of 2016 the band has sold over 21 million albums worldwide and 38 million singles. The band released their debut extended play Holy Roller Novocaine in February 2003, followed by the release of the extended play What I Saw in May. Their debut studio album, Youth and Young Manhood, was released in July 2003, peaking at number 113 on the US Billboard 200 and number three on the UK Albums Chart. The album has since been certified two times platinum by the British Phonographic Industry (BPI) and three times platinum by the Australian Recording Industry Association (ARIA). Three singles were released from the album, including the UK top 40 hit "Molly's Chambers". In November 2004, Kings of Leon released their second album, Aha Shake Heartbreak. The album peaked at number 55 on the Billboard 200 and number three on the UK Albums Chart. It has been certified double platinum by the BPI and the ARIA. The album's first single, "The Bucket", peaked at number 16 in the UK; it also became the band's first single to chart in the United States, where it peaked at number 23 on the US Billboard Alternative Songs chart.

"The Heinrich Maneuver" is a song by American rock band Interpol. It was released on May 7, 2007 as the lead single from their third studio album, Our Love to Admire (2007). It was Interpol's first release through Capitol Records after signing with the label. The picture sleeve for the single features a Serval cat. The song's title is a play on the Heimlich Maneuver and an allusion to the novel White Noise by Don DeLillo. 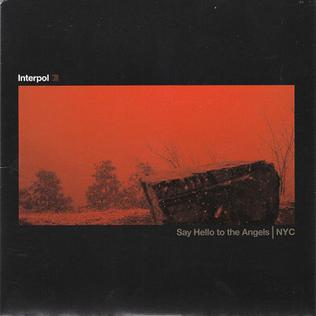 American musician Santi White, better known by her stage name Santigold, has released three studio albums, two mixtapes, one extended play (EP), and twenty-two singles. White's discography under the name Santogold consists of her eponymous debut album, six singles, one mixtape, and four music videos, all of which were released in 2008, except the single "Creator", which was released in late 2007. Santogold peaked at number 74 on the Billboard 200, and reached numbers 2 and 6 on Billboard's Dance/Electronic Albums and Independent Albums, respectively. The album also charted in Belgium, France, the Netherlands, and the United Kingdom.

British rock band Bring Me the Horizon have released six studio albums, two live albums, two compilation albums, one remix album, two extended plays (EPs), one demo album, 30 singles, two video albums, 35 music videos, two other releases and two other appearances. Formed in Sheffield in 2004 by vocalist Oliver Sykes, guitarists Lee Malia and Curtis Ward, bassist Matt Kean and drummer Matt Nicholls, the band released their debut EP This Is What the Edge of Your Seat Was Made For on Thirty Days of Nights Records in 2005, which reached number 41 on the UK Budget Albums Chart. After signing with British independent record label Visible Noise, the group released their debut full-length studio album Count Your Blessings in 2006, which reached the top 100 of the UK Albums Chart and the top 10 of the UK Rock & Metal Albums Chart. The 2008 follow-up Suicide Season reached the UK top 50 and charted in the US for the first time when it reached number 107 on the Billboard 200. In November 2009, an expanded version of the album titled Suicide Season Cut Up! was released, featuring remixes and videos. 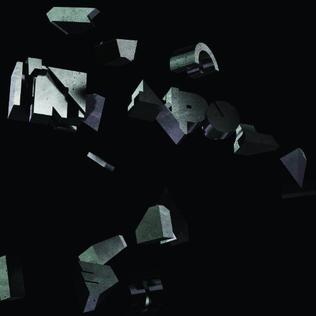 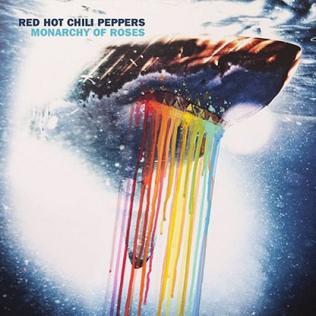 "Monarchy of Roses" is a song from the Red Hot Chili Peppers' 2011 album I'm with You and the album's second single. The single is the follow-up to the number one hit, "The Adventures of Rain Dance Maggie". The single was released to radio and for download in the UK on October 7, 2011 and to radio in the United States on October 25, 2011.

"Fever" is a song by American rock band The Black Keys. It was released on March 24, 2014, as the lead single from their eighth studio album, Turn Blue. On April 15, 2014, the song was released on CD with the album's title track as a B-side, along with a credit applicable to purchases of the physical formats of the album. For the 57th Annual Grammy Awards, "Fever" was nominated for Best Rock Song and Best Rock Performance. 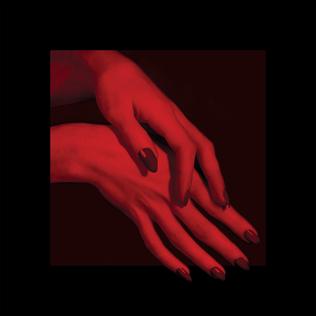 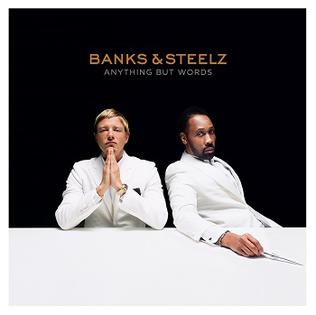 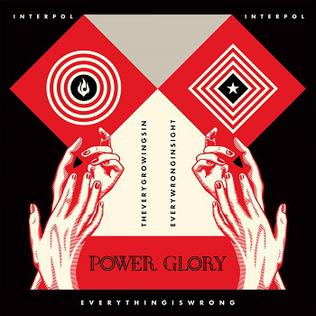 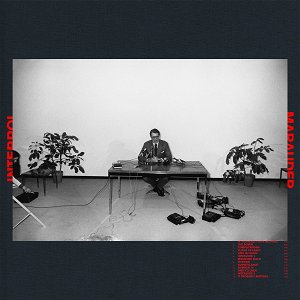