Bowen v. Kendrick, 487 U.S. 589 (1988), was a United States Supreme Court case in which the Court upheld the constitutionality of the Adolescent Family Life Act. [1]

The Supreme Court of the United States (SCOTUS) is the highest court in the federal judiciary of the United States. Established pursuant to Article III of the U.S. Constitution in 1789, it has original jurisdiction over a narrow range of cases, including suits between two or more states and those involving ambassadors. It also has ultimate appellate jurisdiction over all federal court and state court cases that involve a point of federal constitutional or statutory law. The Court has the power of judicial review, the ability to invalidate a statute for violating a provision of the Constitution. Executive acts can be struck down by the Court for violating either the Constitution or federal law. However, it may act only within the context of a case in an area of law over which it has jurisdiction. The court may decide cases having political overtones, but it has ruled that it does not have power to decide non-justiciable political questions.

The Adolescent Family Life Act (AFLA) is a United States federal law enacted during the Reagan Administration as part of the Omnibus Budget Reconciliation Act of 1981 AFLA provided funding for a series of social programs aimed at promoting abstinence through reproductive health education.

The Adolescent Family Life Act was implemented by the United States Congress in 1981 as an amendment to the Public Health Service Act. [2] The purpose behind this statute was to combat the social and economic consequences associated with pregnancy and childbirth among unmarried youths. The statute sought to achieve this goal by promoting “… adolescent premarital sexual abstinence, adoption as an alternative to early parenting, parenting and child development education, and comprehensive health, education, and social services…” [2] In order to effectively promote these behaviors and services, the statute permitted federal funds to go toward public and private organizations that offer services and research toward premarital adolescent sexual relations and pregnancy. One of the statute's provisions required that AFLA grants may not be given to programs that provide abortion counseling, nor to programs that promote abortion as a valid means of birth control. [3]

In 1983, a group of federal taxpayers, clergymen, and the American Jewish Congress filed suit against Otis R. Bowen, the Secretary of Health and Human Services, arguing that the Adolescent Family Life Act violated the Establishment Clause of the First Amendment. [3] The Establishment Clause forbids Congress from passing laws “… respecting an establishment of religion…” As a result of the AFLA, federal grants were distributed to religious organizations that encourage adolescents to refrain from involvement in sexual relationships. The plaintiffs argued that federal funds directed towards religiously affiliated organizations have the effect of advancing religion and thus are unconstitutional.

When deciding this case, the United States Supreme Court applied the three-part test set forth by Lemon v. Kurtzman . [1] According to this test, a statute will be upheld if it can satisfy each of the following three parts: 1) the statute has a secular legislative purpose, 2) its primary effect neither advances nor inhibits religion, and 3) it does not excessively entangle government with religion. [4] The Court first held that the Adolescent Family Life Act had a secular purpose, as it was enacted to combat the social and economic problems associated with teenage sexuality, pregnancy, and parenthood, [1] with no reference to religious matters. Second, the Court found that the extent to which this statute advances religion is “incidental and remote” at most. [1] The statute does not require that any grant recipients be affiliated with a religious organization and the services that the act provides are not themselves religiously motivated. Lastly, the Court found that the statute does not excessively entangle government with religion because it requires that the grants be monitored to ensure that the federal funds are being spent in the manner intended by Congress. [1] Therefore, since the Court found that the Adolescent Family Life Act satisfies all three parts of the Lemon test, the statute's constitutionality was upheld.

Lemon v. Kurtzman, 403 U.S. 602 (1971), was a case argued before the Supreme Court of the United States. The court ruled in an 8–1 decision that Pennsylvania's Nonpublic Elementary and Secondary Education Act from 1968 was unconstitutional, violating the Establishment Clause of the First Amendment. The act allowed the Superintendent of Public Schools to reimburse private schools for the salaries of teachers who taught in these private schools, from public textbooks and with public instructional materials. The decision also upheld a decision of the United States District Court for the District of Rhode Island, which had struck down the Rhode Island Salary Supplement Act providing state funds to supplement salaries at private elementary schools by 15 percent. As in Pennsylvania, most of these funds were spent on Catholic schools.

On January 19, 1993 the parties agreed to a settlement regarding the federal funds distributed by the Adolescent Family Life Act. The settlement required that sexuality education funded by the Act “… may not include religious references, may not be offered in a site used for religious worship services, or offered in sites with religious iconography.” [3]

The following is a complete list of cases decided by the United States Supreme Court organized by volume of the United States Reports in which they appear. This is a list of volumes of U.S. Reports, and the links point to the contents of each individual volume.

Abington School District v. Schempp, 374 U.S. 203 (1963), was a United States Supreme Court case in which the Court decided 8–1 in favor of the respondent, Edward Schempp legal responsible of his son Ellery Schempp, and declared school-sponsored Bible reading in public schools in the United States to be unconstitutional. The Chief Justice of the Supreme Court during this case was Earl Warren.

Reynolds v. United States, 98 U.S. 145 (1878), was a Supreme Court of the United States case that held that religious duty was not a defense to a criminal indictment. Reynolds was the first Supreme Court opinion to address the First Amendment's protection of religious liberties, impartial juries and the Confrontation Clauses of the Sixth Amendment.

Rust v. Sullivan, 500 U.S. 173 (1991), was a case in the United States Supreme Court that upheld Department of Health and Human Services regulations prohibiting employees in federally funded family-planning facilities from counseling a patient on abortion. This ruling was made after the Department issued a regulation in 1988 expanding its interpretation of the Title X provision that no family planning funds "shall be used in programs where abortion is a method of family planning."

Bowen v. Roy, 476 U.S. 693 (1986), was a United States Supreme Court case which established limits on freedom of religion in the United States.

South Dakota v. Dole, 483 U.S. 203 (1987), was a case in which the United States Supreme Court considered the limitations that the Constitution places on the authority of the United States Congress when it uses its authority to influence the individual states in areas of authority normally reserved to the states. It upheld the constitutionality of a federal statute that withheld federal funds from states whose legal drinking age did not conform to federal policy.

Cantwell v. Connecticut, 310 U.S. 296 (1940), is a decision by United States Supreme Court holding that the First Amendment's federal protection of religious free exercise incorporates via the Due Process Clause of the Fourteenth Amendment and so applies to state governments too.

Sherbert v. Verner, 374 U.S. 398 (1963), was a case in which the Supreme Court of the United States held that the Free Exercise Clause of the First Amendment required the government to demonstrate both a compelling interest and that the law in question was narrowly tailored before it denied unemployment compensation to someone who was fired because her job requirements substantially conflicted with her religion. 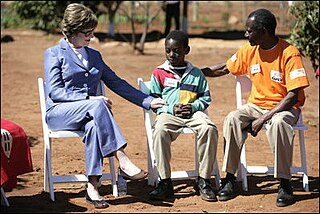 Hein v. Freedom From Religion Foundation, 551 U.S. 587 (2007), was a decision by the United States Supreme Court which ruled that taxpayers do not have the right to challenge the constitutionality of expenditures by the executive branch of the government. The issue was whether taxpayers have the right to challenge the existence of the White House Office of Faith-Based and Community Initiatives. The case centered on three Supreme Court precedents: Flast v. Cohen, 392 U.S. 83 (1968), Bowen v. Kendrick, 487 U.S. 589 (1988), and Valley Forge Christian College v. Americans United for Separation of Church & State, 454 U.S. 464 (1982).

Harris v. McRae, 448 U.S. 297 (1980), was a case in which the Supreme Court of the United States held that States that participated in Medicaid were not required to fund medically necessary abortions for which federal reimbursement was unavailable as a result of the Hyde Amendment, which restricted the use of federal funds for abortion. The Court also held that the funding restrictions of the Hyde Amendment did not violate either the Fifth Amendment or the Establishment Clause of the First Amendment.

The Office of Population Affairs (OPA) is part of the Office of Public Health and Science in the United States Department of Health and Human Services (HHS). It is responsible for reproductive health topics, including adolescent pregnancy, family planning, and sterilization, as well as other population issues.

Lyng v. Northwest Indian Cemetery Protective Association, 485 U.S. 439 (1988), was a United States Supreme Court case in which the Court ruled on the applicability of the Free Exercise Clause to the practice of religion on Native American sacred lands, specifically in the Chimney Rock area of the Six Rivers National Forest in California. This area, also known as the High Country, was used by the Yurok, Karuk, and Tolowa tribes as a religious site.

National Federation of Independent Business v. Sebelius, 567 U.S. 519 (2012), was a landmark United States Supreme Court decision in which the Court upheld Congress' power to enact most provisions of the Patient Protection and Affordable Care Act (ACA), commonly called Obamacare, and the Health Care and Education Reconciliation Act (HCERA), including a requirement for most Americans to have health insurance by 2014. The Acts represented a major set of changes to the American health care system that had been the subject of highly contentious debate, largely divided on political party lines.

National Institute of Family and Life Advocates v. Becerra, 585 U.S. ___ (2018), was a case before the Supreme Court of the United States addressing the constitutionality of California's FACT Act, which mandated that crisis pregnancy centers provide certain disclosures about state services. The law required that licensed centers post visible notices that other options for pregnancy, including abortion, are available from state-sponsored clinics. It also mandated that unlicensed centers post notice of their unlicensed status. The centers, typically run by Christian non-profit groups, challenged the act on the basis that it violated their free speech. After prior reviews in lower courts, the case was brought to the Supreme Court, asking "Whether the disclosures required by the California Reproductive FACT Act violate the protections set forth in the free speech clause of the First Amendment, applicable to the states through the 14th Amendment."