Cabretta was produced by Jack Nitzsche, who would help shape Mink DeVille's sound and collaborate with lead singer and composer Willy DeVille for many years to come. Joining the band on saxophone was Steve Douglas, who, like Nitzsche, is a member of the Rock and Roll Hall of Fame and who would also play on many Mink DeVille albums.

American Hit Network said of the album, "Under-promoted, under-appreciated and ultimately under-sold, Cabretta is a sleeper masterpiece that sounds as good today as it did in 1977." They added:

Like all truly great rock and roll, the songs mix fantasy and longing... "Venus of Avenue D" and "Spanish Stroll" find their romance in the street, and both walk that line between lust and longing, in the feeling of getting turned on by somebody. Willy DeVille’s character is tough as nails on the outside, but the hard surface doesn’t run deep enough to cover the heart that he wears on his sleeve. Even a casual listen to the album’s closing track, "Party Girls," makes this abundantly clear. DeVille’s a leather-jacketed romantic who looks so tough, but desperately wants the world to love him. [6]

Trouser Press described the Mink DeVille of this era as follows:

On a good night in the New York underground around 1976 or 1977, the band led by Willy DeVille...could be the coolest cats on the scene. Willy dressed like a pimp and played a guitar covered in leopard skin; swagger and soulful strut was a brisk rejoinder to the sloppy punk and wimpy power pop bands they preceded and followed on stages. After the band was discovered, producer Jack Nitzsche got them on the lean, tough R&B beam for a first LP that sweats and smokes through and through as a classic of such fully and lovingly assimilated music should. [7]

"Little Girl" was recorded originally by The Crystals in 1964 under the title "Little Boy."

Willy DeVille said about the song "Mixed Up, Shook Up Girl": "I know Mick Jagger likes it. It's about a woman I know who was drug addict. She was mixed up and she was shook up. That's what it's about." [8]

Jack had assisted on several Stones sessions, and it was his collaboration with Jagger on "Memo from Turner" that had me connect him with Mink DeVille in the first place. Jack put on a reel to show off his present work. Jagger listened to a couple of songs with polite disinterest, nodding approvingly to "Cadillac Walk." But when "Mixed Up, Shook Up Girl" came rolling out of the playback monitors, Jagger was immediately out of his seat and moving to its bittersweet mid-tempo rhythms. He danced with a grace one seldom sees in his herky-jerk stage performances, enveloped in the music and oblivious to the rest of us in the room... It couldn't have been more perfect if I'd dreamed it. [9]

"Mixed Up, Shook Up Girl" is not a cover of the song of the same name by Patty & the Emblems.

Boz Scaggs covered "Mixed Up, Shook Up Girl" and "Cadillac Walk" on his 2013 album Memphis .

Unless otherwise noted, all songs by Willy DeVille.

Between the Buttons is the 5th British and 7th American studio album by the English rock band the Rolling Stones, released on 20 January 1967 in the UK and on 11 February in the US as the follow-up to Aftermath. It reflected the Stones' brief foray into psychedelia and baroque pop balladry during the era.

Mint Records is a Vancouver, British Columbia, Canada-based independent record label founded in 1991, by friends and campus radio enthusiasts Randy Iwata and Bill Baker. Mint has put out over 150 releases, several of which have won Juno Awards. 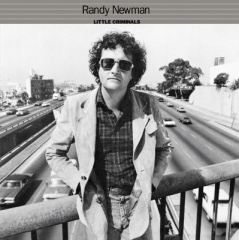 Little Criminals is a 1977 album by Randy Newman. Like most of Newman's work, the album eschews traditional pop-music themes in favor of musical story-telling, often featuring quirky characters and cynical views. The first song on the album – "Short People" – became a hit single in its own right. The album itself peaked at #9 on the US Billboard 200 chart, Newman's highest-charting album to date. 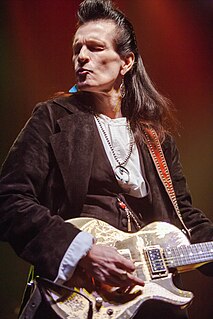 Willy DeVille was an American singer and songwriter. During his thirty-five-year career, first with his band Mink DeVille (1974–1986) and later on his own, DeVille created original songs rooted in traditional American musical styles. He worked with collaborators from across the spectrum of contemporary music, including Jack Nitzsche, Doc Pomus, Dr. John, Mark Knopfler, Allen Toussaint, and Eddie Bo. Latin rhythms, blues riffs, doo-wop, Cajun music, strains of French cabaret, and echoes of early-1960s uptown soul can be heard in DeVille's work. 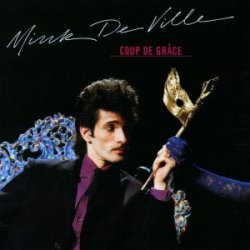 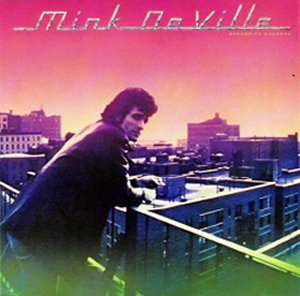 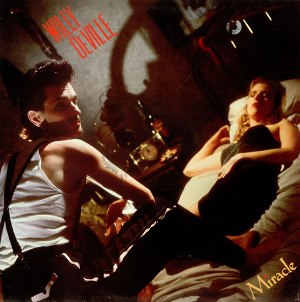 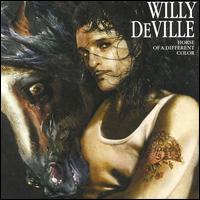 Horse of a Different Color is a 1999 album by Willy DeVille. The album consists of original compositions and remakes of traditional Black music titles such as Fred McDowell's “Going over the Hill,” and Andre Williams' "Bacon Fat." 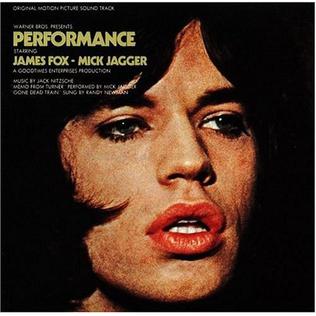 Spanish Stroll is a 1977 single by Mink DeVille, off their debut album Cabretta. It features a spoken word section by bassist Rubén Sigüenza during the break, adding a Latin flavor to it.