Classic Hits Live is a live album from the Kottonmouth Kings released on August 12, 2003. They recorded one song from every city of the tour for this 2 disc cd. [1] [2]

Heart is an American rock band formed in 1967 in Seattle, Washington as The Army, two years later, The Army changed their name to Hocus Pocus, then they changed their name again to White Heart a year later, but eventually changed the name a final time to Heart in 1973. By the mid-1970s, original members Roger Fisher (guitar) and Steve Fossen had been joined by sisters Ann Wilson and Nancy Wilson, Michael Derosier (drums), and Howard Leese to form the lineup for the band's initial mid- to late-1970s success period. These core members were included in the band's 2013 induction into the Rock and Roll Hall of Fame.

Raspberries were an American pop rock band formed in 1970 from Cleveland, Ohio. They had a run of success in the early 1970s music scene with their pop rock sound, which Allmusic later described as featuring "exquisitely crafted melodies and achingly gorgeous harmonies." The members were known for their clean-cut public image, with short-hair and matching suits, which brought them teenybopper attention as well as scorn from some mainstream media outlets as "uncool". The group drew influence from the British Invasion era—especially The Beatles, The Who, The Hollies, and Small Faces—and its mod sensibility. In both the U.S. and the UK, the Raspberries helped pioneer the power pop music style that took off after the group disbanded. They also have had a following among professional musicians such as Jack Bruce, Ringo Starr, and Courtney Love.

Antonio Hardy, better known by his stage name Big Daddy Kane, is an American rapper who began his career in 1986 as a member of the Juice Crew. He is widely regarded as one of the most influential and skilled MCs in hip hop.

Tesla is an American hair/glam metal band formed in Sacramento, California in late 1981 by bassist Brian Wheat and guitarist Frank Hannon. Lead vocalist Jeff Keith and drummer Troy Luccketta had joined them by 1984. They are the longest serving members and have appeared on all band's releases. Originally named City Kidd, the band changed from its glam-derived sound to a "rootsier" direction under a new name: Tesla. In 1996, the band disbanded, with members devoting themselves to solo projects. In 2000, they reformed, but Tommy Skeoch departed the band in 2006 and was replaced by Dave Rude. They have sold 14 million albums in the United States. 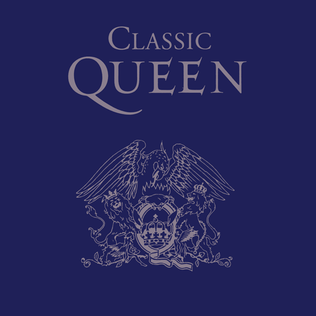 Classic Queen is a 1992 compilation album by the British rock band Queen. The album is seen as a US version of Greatest Hits II and was issued to capitalise on the renewed popularity of Queen which was generated in the United States following the release of the movie Wayne's World, and the death of Freddie Mercury. The album reached number four on the US Billboard 200, and is certified three times platinum in the US, and five times platinum in Canada. Accumulated sales are in excess of 25 million worldwide.

Classic hits is a radio format which generally includes songs from the top 40 music charts from the mid-1970s to the 2000s, with music from the 1980s serving as the core of the format. Music that was popularized by MTV in the early 1980s and the nostalgia behind it is a major driver to the format. It is considered the successor to the oldies format, a collection of top 40 songs from the late 1950s through the late 1970s that was once extremely popular in the United States. The term is sometimes incorrectly used as a synonym for the adult hits format, which uses a slightly newer music library stretching from all decades to the present with a major focus on 1990s and 2000s rock and alternative songs. In addition, adult hits stations tend to have larger playlists, playing a given song only a few times per week, compared to the tighter libraries on classic hits stations. For example, KRTH, a classic hits station in Los Angeles, and KLUV, a classic hits station in Dallas, both play power songs up to 30 times a week, which is another differentiator compared to other formats that share songs with classic hits libraries. 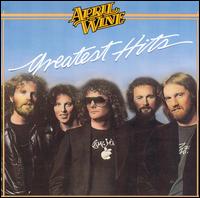 Greatest Hits is a compilation album by Canadian rock band April Wine released in 1979. The picture on this album cover is also used on three other albums First Glance (1978) (American version only), The Hits (1987), and Classic Masters (2002).

KHYT is a commercial radio station located in Tucson, Arizona, United States, broadcasting on 107.5 FM. KHYT airs a classic hits music format branded as "K-Hit 107.5". Its studios are located north of downtown Tucson, and the transmitter is at Tower Peak in Tucson Mountains. 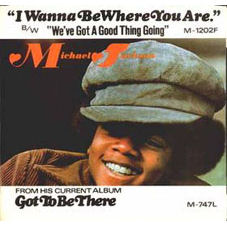 "I Wanna Be Where You Are" is a song written by Arthur "T-Boy" Ross and Leon Ware for Michael Jackson, who took the song to number 7 in Cash Box and number 16 on the Billboard Hot 100 pop chart. It also reached number 2 on the Billboard R&B singles chart in 1972.

WMXT, known as "102.1 The Fox", is a classic hits music-formatted radio station in the Florence, South Carolina, United States, market.

WWFX is a classic rock radio station serving the Worcester vicinity. It broadcasts on 100.1 MHz and is under ownership of Cumulus Media. WWFX is also an affiliate of the New England Patriots Radio Network. 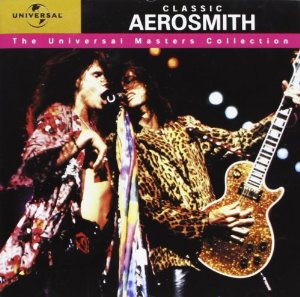 Classic Aerosmith: The Universal Masters Collection is a European compilation album by Aerosmith which features material from the band's time under the Geffen label.

"8-3-1" is a song recorded by British singer Lisa Stansfield for her 2001 album, Face Up. It was written by Stansfield, her husband Ian Devaney, Richard Darbyshire from the 80's band Living in a Box and British singer Charlotte. "8-3-1" was produced by Devaney and received favorable reviews from music critics who called it the best track on the album and also the set's most obvious hit, the breezy, disco-laced anthem.