Cloud Nine is the eighth studio album by American hip hop group Kottonmouth Kings. [4] It was released on August 28, 2007 under Suburban Noize Records. Band member Daddy X stated that Cloud Nine is the "most adventurous" Kottonmouth Kings album release to date. [5] Cloud Nine features artists such as Tech N9ne, the Insane Clown Posse, and Cypress Hill. It includes a bonus DVD containing videos for the songs "City 2 City", "Livin' Proof", "Think 4 Yourself", and others that not only include the Kottonmouth Kings, but also that of their newly signed labelmates. The album title was thought up by band member Pakelika. It is meant to show that it is their ninth official album and also referred to the so-called "greatness of being high with the heavens". [6] (From informal English: to be on cloud nine - to be extremely happy [7] )

Dark Lotus was an American hip hop group based in Detroit, Michigan, United States. Formed in 1998, the group mainly consisted of Insane Clown Posse, Blaze Ya Dead Homie, and Twiztid. 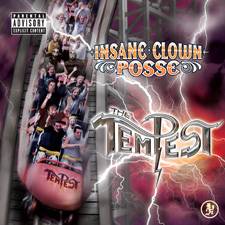 The Tempest is the tenth studio album by American hip hop duo Insane Clown Posse. Released in 2007, the album marks the return of producer Mike E. Clark, who had a falling-out with the duo in 2000. However, he did not collaborate directly with ICP, and would not do so until their 2009 album Bang! Pow! Boom!

Forgotten Freshness Volume 4 is a rarities album by American hip hop group Insane Clown Posse. It features rare and unreleased tracks recorded throughout the group's career. It also came with a bonus compilation album of all of the Insane Clown Posse's yearly Hallowicked song releases, titled Hallowicked Compilation. The album is unique for having a pumpkin scent to its discs, matching the Hallowicked theme. It is the group's 4th installment in the "Forgotten Freshness album series", their 6th compilation album, and their 21st overall release. 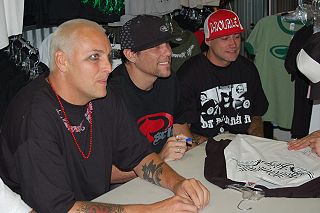 Kottonmouth Kings is an American hip hop band. Formed in Placentia, Orange County, California in 1996, the band is known for their activism in favor of legalizing cannabis, and often performing lyrics about smoking marijuana. Consisting of D-Loc, Saint Dog, and Johnny Richter, the band plays hip hop, punk and rap rock songs that sometimes incorporate elements of other genres, including psychedelic rock, reggae, dubstep, bluegrass and jam band. 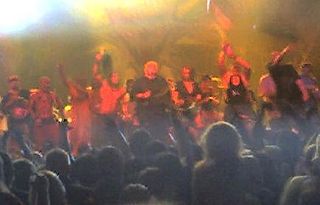 The discography of Insane Clown Posse, an American hip hop duo from Delray, Detroit composed of Joseph Bruce and Joseph Utsler, who perform under the respective personas of the wicked clowns Violent J and Shaggy 2 Dope, consists of seventeen studio albums, fifty-three singles, nine extended plays and seventeen compilations. Music videos and collaborations are also included, as are film and television appearances and home video releases. 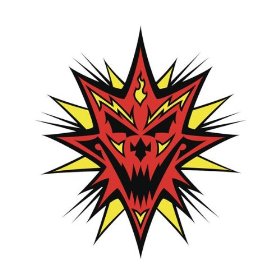 Bang! Pow! Boom! is the eleventh studio album by American hip hop group Insane Clown Posse. Released on September 1, 2009 by Psychopathic Records, it was the group's second album with producer Mike E. Clark since his return to Psychopathic Records, and the first album to focus on the Dark Carnival since the conclusion of the group's original "Joker's Cards" series. The character is the first of a set of six new Joker's Cards. 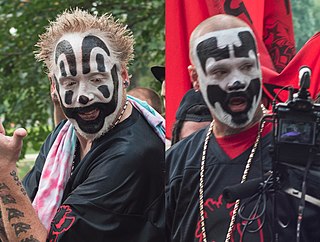 Featuring Freshness is the tenth compilation album by American hip hop group Insane Clown Posse. It was released on November 1, 2011. The album compiles many of the group's collaborations with other rappers. Though the majority of the material on this set is previously released, three new tracks appear on the album, featuring appearances from Afroman, Big Hutch and Paris. Previously released material includes collaborations with the Psychopathic Records and Hatchet House lineup, Ice-T, Snoop Dogg, Kid Rock and Tech N9ne. It is the group's 28th overall release. 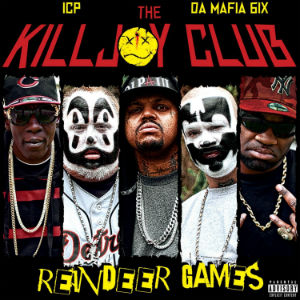 Reindeer Games is the debut album by the Killjoy Club, a hip hop supergroup consisting of Insane Clown Posse and Da Mafia 6ix. The album was released by Psychopathic Records on September 2, 2014. 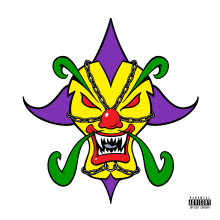 The Marvelous Missing Link: Found is the fourteenth studio album and the second part of the 3rd Joker Card in the second Deck of the Dark Carnival Saga by Insane Clown Posse. It was released on July 31, 2015 on Psychopathic Records, three months after its companion album Lost. It is the group's 35th release overall. 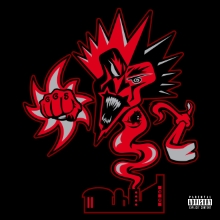 Fearless Fred Fury is the fifteenth studio album by American horrorcore duo Insane Clown Posse, and their fourth Joker Card in the second Deck of the Dark Carnival Saga. Originally planned for release simultaneously with their twelve-track extended play titled Flip the Rat on October 26, 2018 via Psychopathic Records, it was delayed until February 15, 2019.