In the United States, a commodity checkoff program collects funds through a checkoff mechanism, sometimes called checkoff dollars, from producers of a particular agricultural commodity and uses these funds to promote and do research on that particular commodity. The organizations must promote their commodity in a generic way, without reference to a particular producer. Checkoff programs attempt to improve the market position of the covered commodity by expanding markets, increasing demand, and developing new uses and markets. Checkoff programs amount to $750 million per year. [1]

The United States Department of Agriculture is responsible for overseeing the formation of checkoff organizations under the authority of the Commodity, Promotion, Research and Information Act of 1996.

These organizations are responsible for familiar American advertising campaigns, including "Milk Does a Body Good," the Got Milk? milk moustache series, "Pork. The Other White Meat", "The Incredible, Edible Egg", and "Beef: It's What's for Dinner."

Many of these programs are authorized by the Commodity Promotion, Research and Information Act of 1996.[ citation needed ]

The Sheep Promotion, Research, and Information Act of 1994 authorized the creation of the American Lamb Board as a commodity checkoff program. [2]

Because individual producers of nearly homogeneous agricultural commodities cannot easily convince consumers to choose one egg or orange or a single cut of beef over another, they often have joined together in commodity promotion programs to use generic advertising in an effort to expand total demand for the commodity, with the objective of helping their own sales as well. Activities are intended to expand both domestic and export demand; examples include advertising, nutrition education, research to improve product quality and appeal, market research studies, and technical assistance. These activities are often self-funded through assessments on marketing – hence, the name check-off programs.

Congress has permitted producer groups to make checkoffs mandatory, and this aspect has generated legal challenges by some producers, who contend they must pay taxes for activities they would not underwrite voluntarily. The U.S. Supreme Court [in United States v. United Foods, Inc., 533 U.S. 405, 412 (2001)] ruled that the mushroom check-off violated the Constitutional free speech provisions (First Amendment), creating uncertainty about the future of other check-offs. Since then, separate lower federal courts have ruled that various check-offs also are unconstitutional. However, on May 23, 2005, the Supreme Court ruled that the beef check-off does not violate the First Amendment. In its decision, Johanns v. Livestock Marketing Association and Nebraska Cattlemen v. Livestock Marketing Association (Nos. 03-1164 and 03-1165), a majority of the Court agreed with check-off defenders that the programs are in fact "government speech" (an issue that was not considered in the mushroom decision).

A Montana federal court ruled in June 2017 that the operation of the beef checkoff there was unconstitutional. [4]

In 2008, the American Egg Board attempted to funnel $3 million to oppose a ballot measure in California prohibiting the extreme confinement of farm animals. They were stopped by an injunction issued by a federal court. [5] In 2013, the Egg Board attempted to get government regulators and retailers to take action to halt sales of egg-free vegan “Just Mayo” brand products. [6] In this scandal, an Egg Board executive was caught discussing "putting a hit on" Hampton Creek co-founder Josh Tetrick. [7]

Despite $4 million spent to support the retention of the checkoff, a referendum held in 2000 among hog farmers voted to eliminate the checkoff. Ann Veneman, the Secretary of Agriculture, voided the results. [8]

The Senate in 2017 is considering changes to the enabling legislation. [9] The constitutionality of checkoffs is being challenged again in federal court in Ranchers-Cattlemen Action Legal Fund v. Sonny Perdue. The propriety of labeling Canadian and Mexican beef as domestic (and therefore eligible for promotion under the checkoff program) is being challenged in Ranchers-Cattlemen Action Legal Fund v. USDA.

In 2017, Congress is considering a checkoff program for Concrete Masonry Products. [10]

Ann Margaret Veneman is the former executive director of UNICEF, serving from 2005 to 2010. Her appointment was announced on January 18, 2005 by UN Secretary-General Kofi Annan. Previously, Veneman was the United States Secretary of Agriculture, the first, and to date the only, woman to hold that position. Veneman served as USDA Secretary from January 20, 2001 to January 20, 2005, leaving to become the fifth executive director of UNICEF. She served in this position from May 1, 2005. A lawyer, Veneman has practiced law in Washington, DC and California, including being a deputy public defender. She has also served in other high level positions in U.S. federal and state government, including being appointed California's Secretary of Food and Agriculture, serving from 1995 to 1999.

The Agricultural Marketing Service (AMS) is an agency within the United States Department of Agriculture, and has programs in five commodity areas: cotton and tobacco; dairy; fruit and vegetable; livestock and seed; and poultry. These programs provide testing, standardization, grading and market news services for those commodities, and oversee marketing agreements and orders, administer research and promotion programs, and purchase commodities for federal food programs. The AMS enforces certain federal laws such as the Perishable Agricultural Commodities Act and the Federal Seed Act. The AMS budget is $1.2 billion. It is headquartered in the Jamie L. Whitten Building in Washington, D.C.

Howard F. Lyman is an American farmer and animal rights activist known for promoting vegan nutrition and organic farming. In 1997 he was awarded the Peace Abbey Courage of Conscience Award for his leadership in the animal rights movement.

National Cattlemen's Beef Association (NCBA) is an American trade association and lobbying group working for the American beef producers and consumers in the United States.

The National Peanut Board is a program sponsored by the United States Department of Agriculture's Agricultural Marketing Service to support and expand existing markets, develop new markets, and facilitate the economical production of peanuts for export. The board's activities are funded by a mandatory checkoff of one percent on the crop value.

"Beef. It's What's for Dinner" is an American advertising slogan and campaign aimed at promoting the consumption of beef. The ad campaign was launched in 1992 by the National Livestock and Meat Board and is funded by the Beef Checkoff Program with the creative guidance of VMLY&R. 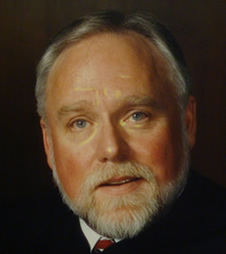 The National Pork Board is a program sponsored by the United States Department of Agriculture Agricultural Marketing Service whose purpose is to provide consumer information, perform industry-related research, and promote pork as a food product. The board's activities are funded by a mandatory commodity checkoff program, which requires hog producers to pay a small percentage-based fee each time an animal is sold.

The Dairy Promotion Program or National Dairy Checkoff is a US commodity checkoff program for dairy product promotion, research, and nutrition education as part of a comprehensive strategy to increase human consumption of milk and dairy products and to reduce dairy surpluses.

The American Egg Board (AEB) is a United States checkoff marketing organization, which focuses on marketing and promotion of eggs for human consumption. The AEB is best known for its long-running slogan, "The Incredible, Edible Egg", and the Just Mayo scandal.

The United Soybean Board (USB), is the governing body that instantiates the U.S. commodity checkoff program for soybeans It is made up of 73 volunteer farmer-directors who oversee the investments of the soybean checkoff on behalf of all U.S. soybean farmers. The soybean checkoff is a congressionally-mandated assessment on soybeans, whose proceeds are used to fund soybean research and promotion efforts. The checkoff is managed by the United Soybean Board under the supervision of the United States Department of Agriculture Agricultural Marketing Service. In 2014, the checkoff was $109.1 million.

A checkoff or check-off is a bookkeeping mechanism that provides for regular payment of an obligation such as union dues. The same term is used to refer to a tax on sales of agricultural goods that finance a generic commodity marketing program; one example is the commodity checkoff programs mandated by the United States Department of Agriculture to promote sales of milk, beef, soybeans, or sorghum. Some US states offer income tax checkoffs to contribute voluntarily to various state programs.

The Christmas Tree Promotion, Research, and Information Order is a provision of the 2014 U.S. Farm Bill that established a U.S. Department of Agriculture commodity checkoff program for cultivated Christmas trees. The program is funded through a $.15 per tree fee paid by growers. The program creates a marketing program similar to other checkoff programs such as "Got Milk?" or "Beef. It's What's For Dinner". The order was briefly implemented by the U.S. Department of Agriculture's Agricultural Marketing Service in November 2011. After a wave of political criticism the rule that established the program was officially stayed before being passed into law over two years later.

Johanns v. Livestock Marketing Association, 544 U.S. 550 (2005), is a First Amendment case of the Supreme Court of the United States. At issue was whether a beef producer could be compelled to contribute to beef industry advertising.

Ranchers-Cattlemen Action Legal Fund v. USDA is a challenge to USDA rules that allow Mexican and Canadian beef to be labelled as domestic beef.

Ranchers-Cattlemen Action Legal Fund v. Sonny Perdue is a case in which plaintiffs allege that checkoff dollars are being used to support Canadian and Mexican beef. Checkoffs are mandatory contributions, from beef producers in this case, which are used for generic industry advertising and research.