United States Court of Appeals for the Ninth Circuit

The United States Court of Appeals for the Ninth Circuit (in case citations, 9th Cir.) is a federal court of appeals that has appellate jurisdiction over the district courts in the following districts:

It also has appellate jurisdiction over the following territorial courts:

Headquartered in San Francisco, California, the Ninth Circuit is by far the largest of the thirteen courts of appeals, with 29 active judgeships. The court's regular meeting places are Seattle at the William Kenzo Nakamura United States Courthouse, Portland at the Pioneer Courthouse, San Francisco at the James R. Browning U.S. Court of Appeals Building, and Pasadena at the Richard H. Chambers U.S. Court of Appeals.

Panels of the court occasionally travel to hear cases in other locations within the circuit. Although the judges travel around the circuit, the court arranges its hearings so that cases from the northern region of the circuit are heard in Seattle or Portland, cases from southern California and Arizona are heard in Pasadena, and cases from northern California, Nevada, Hawaii, and the Pacific territories are heard in San Francisco. Additionally, the court holds yearly sittings in Anchorage and Honolulu. For lawyers who must come and present their cases to the court in person, this administrative grouping of cases helps to reduce the time and cost of travel.

The large size of the current court is because both the population of the western states and the geographic jurisdiction of the Ninth Circuit have increased dramatically since the U.S. Congress created the United States Court of Appeals for the Ninth Circuit in 1891. [1] The court was originally granted appellate jurisdiction over federal district courts in California, Idaho, Montana, Nevada, Oregon, and Washington. As new states and territories were added to the federal judicial hierarchy in the twentieth century, many of those in the West were placed in the Ninth Circuit: the newly acquired Territory of Hawaii in 1900, Arizona upon its admission to the Union in 1912, the Territory of Alaska in 1948, Guam in 1951, and the Commonwealth of the Northern Mariana Islands in 1977.

In 1979, the Ninth Circuit became the first federal judicial circuit to set up a Bankruptcy Appellate Panel as authorized by the Bankruptcy Reform Act of 1978.

The cultural and political jurisdiction of the Ninth Circuit is just as varied as the land within its geographical borders. In a dissenting opinion in a rights of publicity case involving the Wheel of Fortune star Vanna White, Circuit Judge Alex Kozinski sardonically noted that "[f]or better or worse, we are the Court of Appeals for the Hollywood Circuit." [4] Judges from more remote parts of the circuit note the contrast between legal issues confronted by populous states such as California and those confronted by rural states such as Alaska, Idaho, Montana, and Nevada.

Judge Andrew J. Kleinfeld, who maintains his judicial chambers in Fairbanks, Alaska, wrote in a letter in 1998: "Much federal law is not national in scope....It is easy to make a mistake construing these laws when unfamiliar with them, as we often are, or not interpreting them regularly, as we never do." [5]

Some argue the court's rulings are reversed by the Supreme Court at a higher rate than other courts. For example, in 2018, President Trump claimed that the Ninth Circuit "is overturned more than any Circuit in the Country, 79%." [6]

From 1999 to 2008, of the 0.151% of Ninth Circuit Court rulings that were reviewed by the Supreme Court, 20% were affirmed, 19% were vacated, and 61% were reversed; the median reversal rate for all federal appellate courts was 68.29% for the same period. [7] From 2010 to 2015, of the cases it accepted to review, the Supreme Court reversed around 79% of the cases from the Ninth Circuit, ranking its reversal rate third among the circuits; the median reversal rate for all federal circuits for the same time period was around 70 percent. [8]

Some argue the court's high percentage of reversals is illusory, resulting from the circuit hearing more cases than the other circuits. This results in the Supreme Court reviewing a smaller proportion of its cases, letting stand the vast majority of its cases. [9] [10]

However, a detailed study in 2018 reported by Brian T. Fitzpatrick, a law professor at Vanderbilt University, looked at how often a federal circuit court was reversed for every thousand cases it terminated on the merits between 1994 and 2015. [11] The study found that the Ninth Circuit's decisions were reversed at a rate of 2.50 cases per thousand, which was by far the highest rate in the country, with the Sixth Circuit second as 1.73 cases per thousand. [12] [11] Fitzgerald also noted that the 9th Circuit was unanimously reversed more than three times as often as the least reversed circuits and over 20% more often than the next closest circuit. [11]

Size of the court

Many commentators have argued that the Ninth Circuit faces several adverse consequences of its large size, [13] such as "unwieldly size, procedural inefficiencies, jurisprudential unpredictability, and unusual en banc process." [14]

Chief among these is the Ninth Circuit's unique rules concerning the composition of an en banc court. In other circuits, en banc courts are composed of all active circuit judges, plus (depending on the rules of the particular court) any senior judges who took part in the original panel decision. By contrast, in the Ninth Circuit it is impractical for 29 or more judges to take part in a single oral argument and deliberate on a decision en masse. The court thus provides for a limited en banc review by the Chief Judge and a panel of 10 randomly selected judges. [15] This means that en banc reviews may not actually reflect the views of the majority of the court and indeed may not include any of the three judges involved in the decision being reviewed in the first place. The result, according to detractors, is a high risk of intracircuit conflicts of law where different groupings of judges end up delivering contradictory opinions. That is said to cause uncertainty in the district courts and within the bar. However, en banc review is a relatively rare occurrence in all circuits and Ninth Circuit rules provide for full en banc review in limited circumstances. [16]

All recently proposed splits would leave at least one circuit with 21 judges, only two fewer than the 23 that the Ninth Circuit had when the limited en banc procedure was first adopted. In other words, after a split at least one of the circuits would still be using limited en banc courts. [17]

In March 2007, Associate Justices Anthony Kennedy and Clarence Thomas testified before a House Appropriations subcommittee that the consensus among the justices of the Supreme Court of the United States was that the Ninth Circuit was too large and unwieldy and should be split. [18]

Congressional officials, legislative commissions, and interest groups have all submitted proposals to divide the Ninth Circuit such as:

Current composition of the court

Chief judges have administrative responsibilities with respect to their circuits, and preside over any panel on which they serve unless the circuit justice (i.e., the Supreme Court justice responsible for the circuit) is also on the panel. Unlike the Supreme Court, where one justice is specifically nominated to be chief, the office of chief judge rotates among the circuit judges. To be chief, a judge must have been in active service on the court for at least one year, be under the age of 65, and have not previously served as chief judge. A vacancy is filled by the judge highest in seniority among the group of qualified judges. The chief judge serves for a term of seven years or until age 70, whichever occurs first. The age restrictions are waived if no members of the court would otherwise be qualified for the position.

The court has 29 seats for active judges, numbered in the order in which they were initially filled. Judges who assume senior status enter a kind of retirement in which they remain on the bench, while vacating their seats, thus allowing the president to appoint new judges to fill their seats.

In law, an en banc session is a session in which a case is heard before all the judges of a court rather than by one judge or a panel of judges selected from them. The equivalent terms in banc, in banco or in bank are also sometimes seen. En banc review is often used for unusually complex cases or cases considered to be of greater importance. 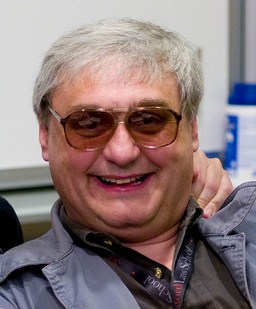 Alex Kozinski is a Romanian-born American jurist and lawyer who was a judge on the U.S. Court of Appeals for the Ninth Circuit from 1985 to 2017. He was a prominent and influential judge, and many of his law clerks went on to clerk for the U.S. Supreme Court. 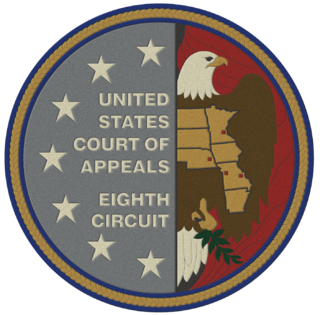 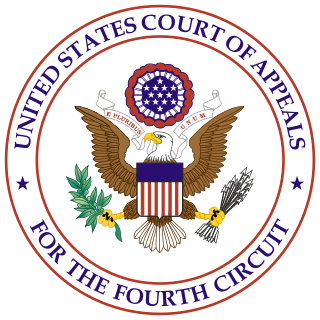 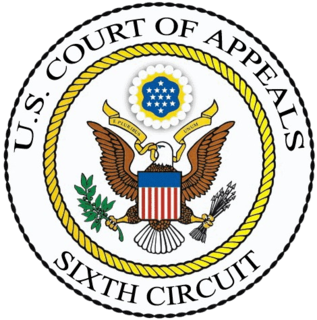 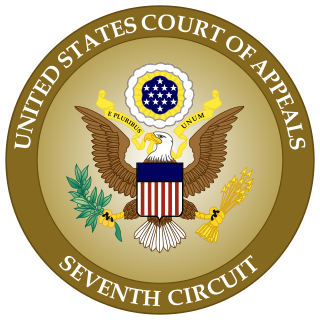 The United States Court of Appeals for the Seventh Circuit is a federal court with appellate jurisdiction over the courts in the following districts: 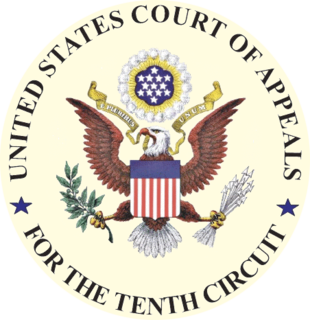 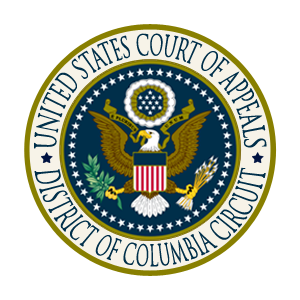 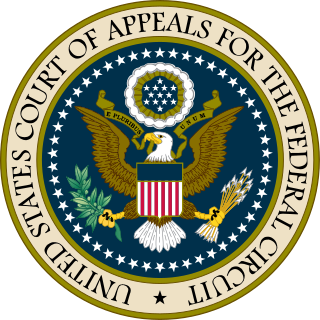 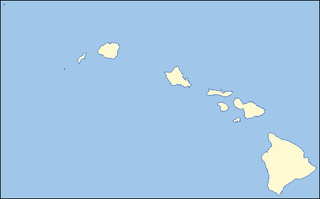 The appointment of federal judges for United States federal courts has come to be viewed as a political process in the last several decades. The tables below provide the composition of all Article III courts which include the Supreme Court and the Courts of Appeals at the end of each four year presidential term, as well as the current compositions of the District Courts and the Court of International Trade, categorizing the judges by the presidential term during which they were first appointed to their seats. 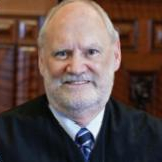 Sidney Runyan Thomas is Chief United States Circuit Judge of the United States Court of Appeals for the Ninth Circuit. His chambers are located in Billings, Montana. 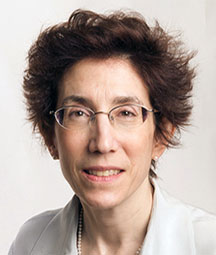 Stephen Roy Reinhardt was a United States Circuit Judge of the United States Court of Appeals for the Ninth Circuit, with chambers in Los Angeles, California. He was the last federal appeals court judge in active service to have been appointed by President Jimmy Carter.

Wal-Mart v. Dukes, 564 U.S. 338 (2011), was a United States Supreme Court case in which the Court ruled that a group of roughly 1.5 million women could not be certified as a valid class of plaintiffs in a class-action lawsuit for employment discrimination against Walmart. Lead plaintiff Betty Dukes, a Walmart employee, and others alleged gender discrimination in pay and promotion policies and practices in Walmart stores.

Paul Jeffrey Watford is a United States Circuit Judge of the United States Court of Appeals for the Ninth Circuit. In February 2016, The New York Times identified Watford as a potential Supreme Court nominee to replace Justice Antonin Scalia.