Corinthian Football Club was an English amateur football club based in London between 1882 and 1939. [1]

Above all, the club is credited with having popularised football around the world, [2] having promoted sportsmanship and fair play, and having championed the ideals of amateurism. [3]

The club was famed for its ethos of "sportsmanship, fair play, [and] playing for the love of the game". [4] Corinthian Spirit, still understood as the highest standard of sportsmanship, is often associated with the side. This spirit was famously summed up in their attitude to penalties; "As far as they were concerned, a gentleman would never commit a deliberate foul on an opponent. So, if a penalty was awarded against the Corinthians, their goalkeeper would stand aside, lean languidly on the goalpost and watch the ball being kicked into his own net. If the Corinthians themselves won a penalty, their captain took a short run-up and gave the ball a jolly good whack, chipping it over the crossbar." [5]

Among others, Real Madrid were inspired to adopt Corinthian's white strip, while Sport Club Corinthians Paulista in Brazil and Zejtun Corinthians in Malta adopted their name.

The club was founded on 28 September 1882 by Nicholas Lane Jackson, Assistant Secretary of the Football Association. [1] At that time, football was still amateur, with the English game dominated by southern clubs. In international football (which had not yet spread beyond the home nations), Scotland prevailed, [6] having won three consecutive matches over England by scores of 5–1, 6–1 and 5–4.

Jackson attributed Scotland's success to "the greater opportunities our opponents over the border [have] of playing together", and aimed to counteract this by forming a club "composed of the best amateur players in the kingdom". [6] [1] In order to accomplish this aim, Corinthian F.C. took care to avoid playing matches on Saturdays (when players might be playing for other clubs). The first proposed name for the club was the "Wednesday Club", but this was changed to the "Corinthian Football Club" on the suggestion of Harry Swepstone. [6]

"Within twenty years the Corinthians were to become the greatest and most attractive team that football had then known. With an intelligent nonchalance and in their tailored shirts and well-cut shorts they brought a quality and culture to the game". [7]

Given that the club's constitution declared that it should "not compete for any challenge cup or any prize of any description" [8] the team originally only played friendly matches. An exception was later made for the Sheriff of London's Charity Shield. The club might have won the FA Cup many times had they competed — shortly after Blackburn Rovers beat Queen's Park in the 1884 final, the Corinthians beat Blackburn 8–1. [1] Similarly, against the Bury side that beat Derby County 6–0 in the 1903 final, Corinthian won 10–3. [1] In 1904, Corinthian beat Manchester United 11–3 [1] which remains United's biggest ever defeat.

In 1889, it was written that Corinthians was the only amateur club "which might be pitted against [inaugural league champions Preston North End] with any reasonable hope of success". [9]

Corinthian did, however, supply large numbers of players to the England football team. During the 1880s, the majority of England caps were awarded to Corinthian players [1] and, for two England matches against Wales in 1894 and 1895, the entire team consisted of members of the club (a feat achieved by no other club, before or since). [1]

Notable players who have played for Corinthian FC. include: [13]

The club's foreign tours are also credited with having popularised football around the world; they were the first club to take the sport outside Europe; [1] the 2000 and 2012 FIFA Club World Champions, SC Corinthians Paulista, are named after the club (indeed, Charles Miller, considered the father of football in Brazil, played for the club in 1892), [16] and the 2015 FIFA Club World Champions, Real Madrid, wear white to this day in their honor. [17]

During 'The Split', the 1907–1914 dispute about professional clubs being admitted to membership of the country Football Associations, Corinthian F.C. pledged its allegiance to the Amateur Football Alliance, as did Oxford University and Cambridge University. Corinthian therefore, banned from playing top home opposition by The FA, increased the frequency of their foreign tours; "Corinthian FC had little option but to concentrate on their [footballing] missionary work overseas and of the 131 matches played before 'The Split' was resolved in January 1914, 72 were played abroad". [1]

The club played at various venues including the Queen's Club, [18] The Oval, and the old Crystal Palace. On 12 April 1939, the Corinthians played their last match. [1] They merged with Casuals F.C. to form a new club, Corinthian-Casuals F.C.

Corinthian usually played only friendly matches and the only trophies they competed for were charitable events. They played in the Sheriff of London Charity Shield nine times, winning three, between 1898 and 1907 when the match was replaced in the calendar by the FA Charity Shield. [19] They competed in the 1927 FA Charity Shield against FA Cup winners Cardiff City, losing 2-1 at Stamford Bridge. [20]

Many players played for Corinthian as a secondary club while playing for another primary club. The 17 players [21] listed below are those that had Corinthian FC as their principal club: [22]

Danish international Nils Middelboe played for Corinthian after finishing his career with Chelsea. 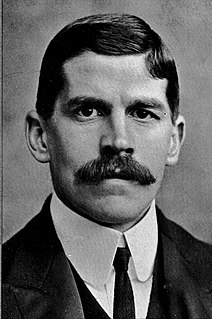 Charles Wreford-Brown was an English sportsman. He captained the England national football team and was a county cricketer during the Victorian age, and later acted as a sports legislator during the 20th century. Wreford-Brown is usually credited with inventing the term soccer as an abbreviation for association football. However, this is believed to be apocryphal.

Wanderers Football Club was an English football club based in Upper Norwood, London. The original club was an amateur one founded as "Forest Football Club" in 1859. In 1864, it changed its name to "Wanderers". Comprising mainly former pupils of the leading English public schools, Wanderers was among the dominant teams of the early years of organised football and won the Football Association Challenge Cup on five occasions, including defeating Royal Engineers in the first FA Cup final in 1872.

The Sheriff of London Charity Shield, also known as the Dewar Shield was a football competition played annually between the best amateur and best professional club in England, though Scottish amateur side Queens Park also took part in 1899. The professional side was either the Football League champion or FA Cup winner from the previous season while the amateurs were usually represented by Corinthian, a renowned amateur side of the time. The first game was played on 19 March 1898, after being devised by Sir Thomas Dewar and ratified by the Football Association, whose president Lord Kinnaird and former president Sir Francis Marindin sat on the Shield's committee.

Kenneth Edward "Jackie" Hegan OBE was an English amateur footballer who played on the wing and made four appearances for England in 1923, scoring four goals. He was a member of the Corinthian amateur club, and a professional soldier.

The Reverend Andrew Amos MA was an English amateur footballer who played for Cambridge University, Old Carthusians, Corinthian and Hitchin Town, as well as making two appearances for the English national side. He subsequently became an ordained minister in the Church of England

Geoffrey Plumpton Wilson was an English amateur footballer who played at inside left. He made two appearances for England in 1900, scoring once. He was a member of the Corinthian amateur club and made three appearances for Southampton in 1901.

Charles Plumpton Wilson was an English amateur footballer who played at wing-half. He made two appearances for England in 1884. He was also capped for the England national rugby union team in 1881, and was one of only three players to be capped for England at both Association football and rugby football.

George Brann was an English amateur cricketer and footballer who had a long career with Sussex County Cricket Club at the end of the 19th century, and played three matches for the England national football team.

Elphinstone Jackson was an English amateur footballer who made one appearance as a full back for England in 1891.

Dr. Robert Herbert Mills-Roberts was a Welsh footballer. A Welsh international, he was a member of the Preston North End side which became known as "The Invincibles".

Percy Fairclough was an English amateur footballer who made one appearance for England in 1878.

John Gould Veitch was an English amateur footballer, who played for the Corinthian club in the 1890s. He made one appearance for England playing at inside left in 1894, in which he scored a hat trick.

Stanley Shute Harris was an English footballer who represented and captained the England national football team. He also played first-class cricket for various clubs, appearing in a total of 16 first-class matches.

George Herbert Smithies was an English footballer who played as a centre forward in the Football League for Preston North End and Birmingham. He was capped several times for the England national amateur football team.

John Edward Leighton was an English amateur footballer who played on the wing for Nottingham Forest and the Corinthians in the 1880s and made one appearance for England in 1886.

William Charlton was an English footballer who played at centre-forward in the Football League for various clubs in the 1930s, including Southampton, Hull City and Queens Park Rangers. He also played for the Corinthians and the England national amateur football team.

The 1891–92 season was the seventh since the foundation of St. Mary's F.C. based in Southampton in southern England. For the first six years, the club had been restricted at first to friendly matches and then in cup tournaments organised by the Hampshire Football Association. In 1891, the team entered a national competition for the first time, when it competed in the qualifying rounds of the F.A. Cup.