Crackerjack is a 1938 British comedy crime film directed by Albert de Courville and starring Tom Walls, Lilli Palmer and Noel Madison. It was made at Pinewood Studios [2] with sets designed by Walter Murton. The film was released in the U.S. as Man With 100 Faces.

Three men rob a millionaire of diamonds aboard an airliner in flight. When Police Superintendent Benting tries to intervene, Jack Drake, another passenger, knocks him out to save him from being shot. The thieves force the pilot to land so they can dump the passengers. However, the men find the diamonds have already been stolen by someone else (Drake).

Drake is a sort of modern-day Robin Hood. He donates the proceeds of his latest robbery to fund the stalled construction of the "New Social Institute". He even writes a book, "Crackerjack": The true story of my exploits., which becomes a bestseller. Everybody is reading it, including the people at Scotland Yard and Baroness Von Haltz, and wondering if it is fact or fiction. The baroness tells her maid Annie that certain passages somehow remind her of Drake, who broke her heart.

By coincidence, she is residing in the same hotel as Drake. He goes to see her, but she does not forgive him for leaving her without a word in Berlin. He explains that he was forced to leave suddenly, but she is not mollified.

Meanwhile, Drake instructs Burdge, his secretary, to send a cheque for £10,000 to the Buckingham Hospital for a new wing, even though Burdge informs him he is overdrawn at the bank. Drake tells him that the wealthy Mrs. Humbold's pearls will provide ample funds. The Humbolds are hosting a masquerade ball that night, and the baroness will be there.

At the ball, part of the entertainment is a group called the "Four Gangsters", who have been tied up and replaced by a gang of real gangsters, the same thieves from the aeroplane caper. Sculpie, their leader, kills an unarmed man who foolishly tries to resist. Afterward, however, Sculpie is furious to learn that the pearls he took from Mrs. Humbold are fakes. Once again, Drake has the real ones.

An advertisement in the newspaper asking for Crackerjack's help intrigues Drake. He arranges to meet the person in trouble, who turns out to be the baroness, although he speaks with her indirectly, not face to face. She asks him to retrieve letters being used as blackmail by Hambro Golding. Drake is especially interested when she informs him that the letters prevent her from marrying. He promises to attend to the matter the next night. Unaware that Golding is actually a member of Sculpie's gang, she innocently informs him that Crackerjack will try to burgle his safe for the non-existent letters (Golding told her that Crackerjack had stolen his ring, a family heirloom). Sculpie is delighted. However, when the baroness returns for her forgotten handbag, she overhears the gang discussing Crackerjack's fate.

Suspecting that Drake is Crackerjack, she tries to stop him by making a dinner engagement with him, but when he does not show up at the appointed time, she makes Burdge take her to Golding's place. Drake is caught, but manages to turn the tables on the gang. He has also arranged for the police to raid the house as well. Drake gets away and flies off with the baroness to get married. 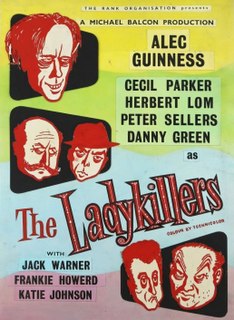 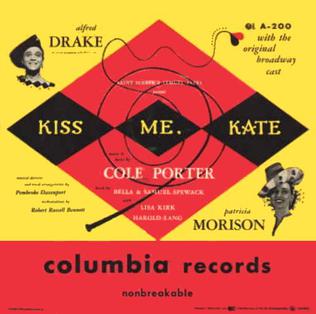 Mrs. Parkington is a 1944 drama film. It tells the story of a woman's life, told via flashbacks, from boarding house maid to society matron. The movie was adapted by Polly James and Robert Thoeren from the novel by Louis Bromfield. It was directed by Tay Garnett and starred Greer Garson and Walter Pidgeon appearing together as husband and wife for the fourth time. 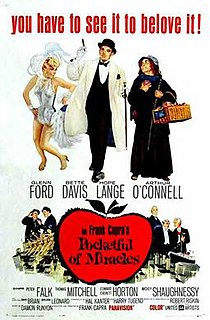 Pocketful of Miracles is a 1961 American comedy film starring Bette Davis and Glenn Ford, produced and directed by Frank Capra, filmed in Panavision. The screenplay, by Hal Kanter and Harry Tugend, was based on Robert Riskin's screenplay for the 1933 film Lady for a Day, which was adapted from the 1929 Damon Runyon short story "Madame La Gimp." That original 1933 film was also directed by Capra — one of two films that he originally directed and later remade, the other being Broadway Bill (1934) and its remake Riding High (1950). 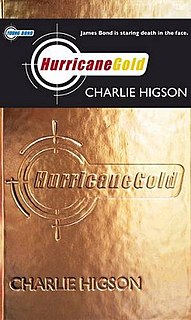 Hurricane Gold is the fourth novel in the Young Bond series depicting Ian Fleming's superspy James Bond as a teenager in the 1930s. The novel is set in Mexico and the Caribbean. It was first published in the UK in September 2007.

Stolen Face is a 1952 British film noir directed by Terence Fisher and starring Paul Henreid, Lizabeth Scott and André Morell. It was made at Riverside Studios by Hammer Film Productions.

Minder on the Orient Express is a comedy/thriller television film made in 1985 as a spin-off from the successful television series Minder. It was first broadcast on Christmas Day 1985, as the highlight of that year's ITV Christmas schedule. 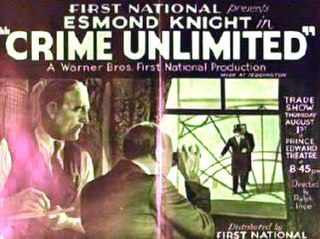 Crime Unlimited is a 1935 British crime film that was made as a Quota quickie. It was directed by Ralph Ince. The film marked the English-language debut of Lilli Palmer. 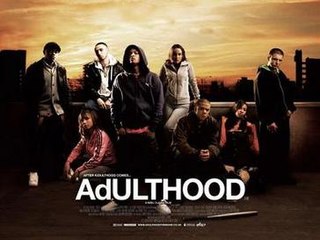 Adulthood is a 2008 British drama film directed and written by Noel Clarke, who also stars as the protagonist, Sam Peel. Adulthood is a sequel to the 2006 film Kidulthood, which Clarke also wrote, and depicts Peel's experiences after he is released from jail. 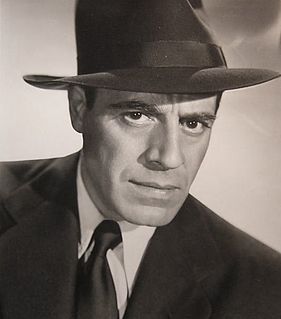 A Woman's Face is a 1938 Swedish drama film directed by Gustaf Molander, based on the play Il était une fois... by Francis de Croisset. The cast includes Ingrid Bergman in the lead as a woman criminal with a disfigured face. 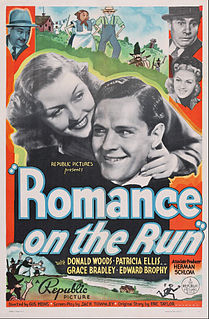 Romance on the Run is a 1938 American comedy crime film directed by Gus Meins and starring Donald Woods and Patricia Ellis.

Lady Gangster is a 1942 Warner Bros. B picture crime film directed by Robert Florey, credited as "Florian Roberts". It is based on the play Gangstress, or Women in Prison by Dorothy Mackaye, who in 1928, as #440960, served less than ten months of a one- to three-year sentence in San Quentin State Prison. Lady Gangster is a remake of the pre-Code film, Ladies They Talk About (1933). Jackie Gleason plays a supporting role.

Once a Thief is a 1965 crime film directed by Ralph Nelson and starring Alain Delon, Ann-Margret, Van Heflin and Jack Palance. It was written by Zekial Marko, based on his 1961 novel Scratch a Thief. The movie was known in France as Les tueurs de San Francisco. 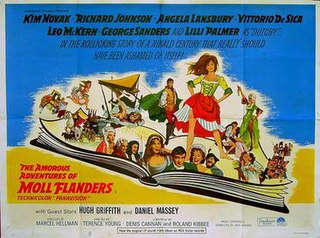 The Amorous Adventures of Moll Flanders is a 1965 British historical comedy film directed by Terence Young and starring Kim Novak, Richard Johnson, and Angela Lansbury. It is based on the 1722 novel Moll Flanders by Daniel Defoe. 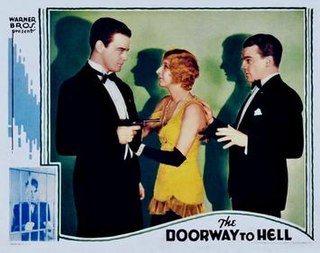 The Doorway to Hell is a 1930 American pre-Code crime film directed by Archie Mayo and starring Lew Ayres and James Cagney in his second film role. The film was based on the story A Handful of Clouds, written by Rowland Brown. The film's title was typical of the sensationalistic titles of many Pre-Code films. It was marketed with the tagline "The picture Gangland defied Hollywood to make!" 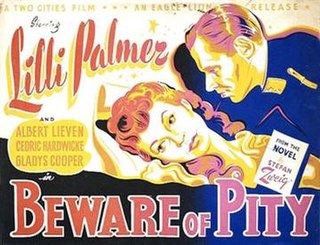 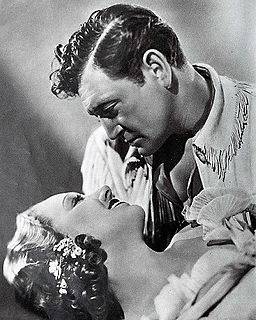 Yellow Dust is a 1936 American Western film directed by Wallace Fox from a screenplay by Cyril Hume, John Twist, and John Francis Larkin. The film stars Richard Dix and Leila Hyams, with a supporting cast including Moroni Olsen, Jessie Ralph, Andy Clyde, and Onslow Stevens. RKO Radio Pictures premiered the film in New York City on February 22, 1936, with a nationwide release on March 13.