Dangerous Blondes is a 1943 American comedy film directed by Leigh Jason and written by Richard Flournoy and Jack Henley.The film stars Allyn Joslyn and Evelyn Keyes, and was released by Columbia Pictures in September 1943. Alternate titles for this film were Reckless Lady and The Case of the Dangerous Blondes. [1] A review in Vanity Fair review characterized the film as a "laugh-packed session here via the antics of Allyn Joslyn and Evelyn Keyes." [2]

Barry Craig (Allyn Joslyn), a crime fiction writer, and his wife Jane (Evelyn Keyes) are approached by Jane's friend, Julie Taylor (Anita Louise). Julie works for fashion photographer Ralph McCormick (Edmund Lowe), and she believes the studio is being stalked by a murderer. Soon after, a wealthy socialite, Isabel Fleming (Mary Forbes), is murdered during a photo session. The police become involved and the investigation takes its course. [1]

Ann Savage was an American film and television actress. She is best remembered as the cigarette-puffing femme fatale in the critically acclaimed film noirDetour (1945). She featured in more than 20 B movies between 1943 and 1946. 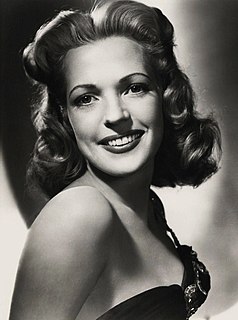 Anne Gwynne was an American actress and model who was known as one of the first scream queens because of her numerous appearances in horror films. Gwynne was also one of the most popular pin-ups of World War II. She is the grandmother of actor Chris Pine.

Evelyn Felisa Ankers was an American actress who often played variations on the role of the cultured young leading lady in the many American horror films during the 1940s, most notably The Wolf Man (1941) opposite Lon Chaney Jr., a frequent screen partner. 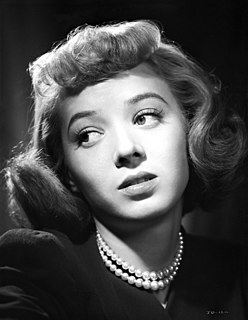 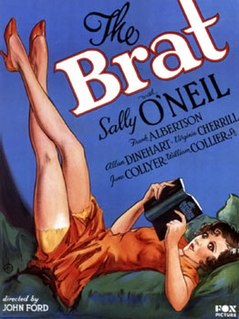 The Brat is a 1931 American Pre-Code comedy film directed by John Ford, starring Sally O'Neil, and featuring Virginia Cherrill. The film is based on the 1917 play by Maude Fulton. A previous silent film had been made in 1919 with Alla Nazimova. This 1931 screen version has been updated to then contemporary standards i.e. clothing, speech, topics in the news. 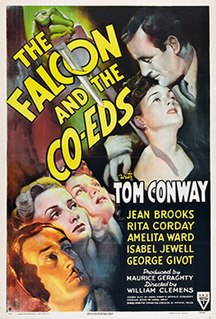 The Falcon and the Co-eds is a 1943 film under the direction of William Clemens, and produced by Maurice Geraghty, the same team that had worked on The Falcon in Danger (1943) and would stay together for the next film in the Falcon series. The Falcon and the Co-eds was the seventh of 16 in the Falcon series. The story and screenplay was by Ardel Wray, a frequent collaborator with Val Lewton in his RKO horror series, who added supernatural elements to the proceedings.

King Solomon of Broadway is a 1935 American musical film directed by Alan Crosland and starring Edmund Lowe, Dorothy Page and Pinky Tomlin. A shady figure wins a nightclub during a card game. 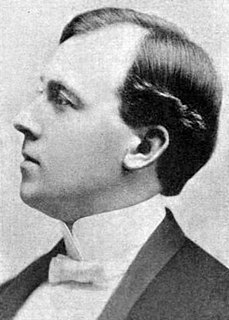 James Durkin was a Canadian-American actor and director of the stage and screen.