DeBence Antique Music World is a museum in Franklin, Pennsylvania whose collection contains more than 100 antique mechanical musical instruments, including music boxes, band organs, player pianos, a nickelodeon piano, as well as a number of other antiques. Many of the collection's mechanical instruments are rare; a number are among only a few manufactured, and a few are among the last in existence. [1] Although the collection’s value cannot be measured, an offer for a sum of multiple millions of dollars was once rejected. [2]

Dairy farmers Jake and Elizabeth DeBence began their collection in the 1940s in Grove City, Pennsylvania. The DeBences became avid auction attendees after purchasing two Tiffany style lamps for a low cost. The collection continued to grow and to this day donations are still accepted.

When the DeBences retired to Franklin, Pennsylvania in 1965, they housed the collection in their barn a few miles outside of town and opened it to public viewing as the DeBence Music Museum. After Jake's death in March 1992, [3] Elizabeth put the collection up for sale, and a Japanese interest offered her $13 million. Feeling that her husband would have wanted the collection to remain intact and in the area, she turned them down. [2]

She contacted the Chamber of Commerce and Local residents formed a non-profit organization (Oil Region Music Preservation Museum)that raised $1 million in a little more than seven months to buy the collection. The effort included selling wooden music notes for placement in storefronts and local yards as a show of support for keeping the collection in Franklin. The museum is housed in the location of the former G.C. Murphy five and dime store on Liberty Street. DeBence Antique Music World opened for tours in 1994. In addition to the musical instruments, the collection includes a large number of antiques the DeBences collected, and they are displayed along with other items that have musical or local significance. The DeBences' collection of more than 40 Tiffany-style hanging lamps provide the museum’s lighting. [1] 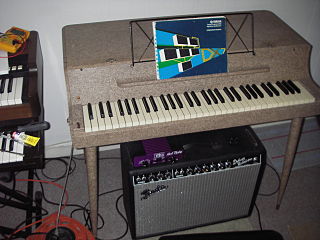 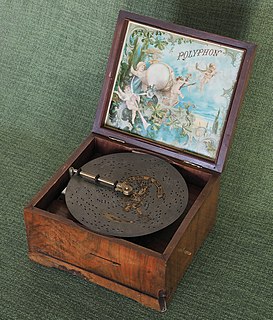 A musical box is an automatic musical instrument in a box that produces musical notes by using a set of pins placed on a revolving cylinder or disc to pluck the tuned teeth of a steel comb. The earliest known mechanical musical instruments date back to 9th-century Baghdad. In Flanders, in the early 13th century, a bell ringer invented a cylinder with pins which operate cams, which then hit the bells. The popular device best known today as a "music box" developed from musical snuff boxes of the 18th century and were originally called carillons à musique. Some of the more complex boxes also contain a tiny drum and/or bells in addition to the metal comb. 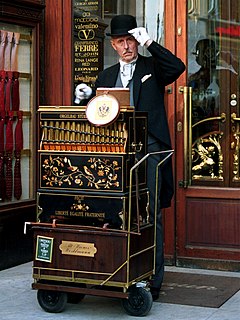 A barrel organ is a mechanical musical instrument consisting of bellows and one or more ranks of pipes housed in a case, usually of wood, and often highly decorated. The basic principle is the same as a traditional pipe organ, but rather than being played by an organist, the barrel organ is activated either by a person turning a crank, or by clockwork driven by weights or springs. The pieces of music are encoded onto wooden barrels, which are analogous to the keyboard of the traditional pipe organ. A person which plays a barrel organ is known as an organ grinder.

The Rudolph Wurlitzer Company, usually referred to as simply Wurlitzer, is an American company started in Cincinnati in 1853 by German immigrant (Franz) Rudolph Wurlitzer. The company initially imported stringed, woodwind and brass instruments from Germany for resale in the United States. Wurlitzer enjoyed initial success, largely due to defense contracts to provide musical instruments to the U.S. military. In 1880, the company began manufacturing pianos and eventually relocated to North Tonawanda, New York. It quickly expanded to make band organs, orchestrions, player pianos and pipe or theatre organs popular in theatres during the days of silent movies. 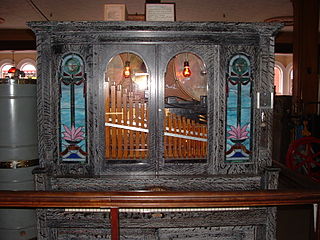 Orchestrion is a generic name for a machine that plays music and is designed to sound like an orchestra or band. Orchestrions may be operated by means of a large pinned cylinder or by a music roll and less commonly book music. The sound is usually produced by pipes, though they will be voiced differently from those found in a pipe organ, as well as percussion instruments. Many orchestrions contain a piano as well.

A street organ played by an organ grinder is an automatic mechanical pneumatic organ designed to be mobile enough to play its music in the street. The two most commonly seen types are the smaller German and the larger Dutch street organ.

The Pullen Park Carousel is a classic wood carousel at Pullen Park in Raleigh, North Carolina. Built in 1900, the carousel contains 52 hand-carved basswood animals, 2 chariots, 18 large gilded mirrors and canvas panels and a Wurlitzer #125 band organ made in 1924 by the Rudolph Wurlitzer Company of North Tonawanda, New York.

Rembert Wurlitzer Co. was a distinguished firm in New York City that specialized in fine musical instruments and bows.

The Berlin Musical Instrument Museum is located at the Kulturforum on Tiergartenstraße in Berlin, Germany. The Museum holds over 3,500 musical instruments from the 16th century onward and is one of the largest and most representative musical instrument collections in Germany. Objects include a portable harpsichord once owned by Prussia’s Queen Sophie Charlotte, flutes from the collection of Frederick the Great, and Benjamin Franklin’s glass harmonica.

The Berry-Wood A.O.W. Orchestrion is a musical instrument that comprises a piano, 34 wood flute pipes, 34 wood violin pipes, a tambourine, a triangle, a cymbal, a wood block, castanets, a bass drum, a snare drum, a marimba, metal bells and a mandolin rail. It is classified as a player piano that operates via a paper roll and was built by the Berry-Wood piano company of Kansas. It features three stained glass panels and two decorative lamps. 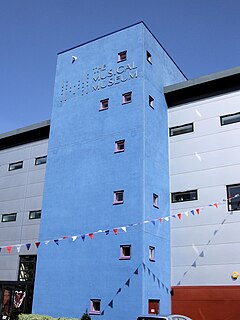 Jasper B. Sanfilippo, Sr. was an Illinois-based businessman, industrialist and philanthropist. 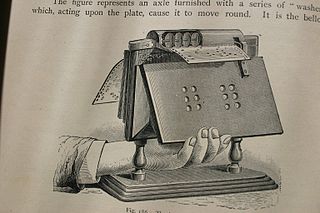 The Organette was a mechanical free-reed instrument first manufactured in the late 1870s by several companies such John McTammany of Cambridge MA, the Autophone Company of Ithaca NY, the Automatic Organ Co of Boston MA, E.P. Needham & Sons of New York NY, J.M. Draper of Blackburn, England, Paul Ehrlich & Co. of Leipzig Germany, and The Mechanical Orguinette Co. of New York NY as well as other manufacturers worldwide. 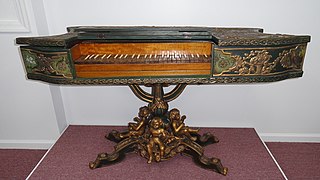 The Virginia Musical Museum is a museum located in Williamsburg, Virginia, United States. A collection of over forty years is combined with donations from famous Virginia music artists. Making up the museum are rare, antique musical instruments, mechanical music machines, phonographs and many personal items from Virginia artists. The museum opened its doors to the public on June 22, 2013.

The American Treasure Tour is a tourist attraction established in 2010 and opened to the public for guided tours. Visitors travel through a large private collection that encompasses an eclectic variety of smaller collections. Included is one of the world's largest private collections of automatic music machines: nickelodeons, band organs, calliopes, photoplayers and music boxes. There are also classic cars, circus art, dolls and dollhouses, and a large assortment of popular culture miscellania. It is located in the 422 Business Center in the community of Oaks, Pennsylvania, west of Valley Forge National Historical Park just off of U.S. Route 422.

The Nethercutt Collection is a multi-storied private car collection and museum located in Sylmar, Los Angeles, California founded by J.B. Nethercutt in 1971. Its centerpiece is the prestigious automobile collection of the Nethercutt-Richards family, which has led several outlets including the Los Angeles Times and The New York Times to call it as one of the finest and greatest collections in the world. 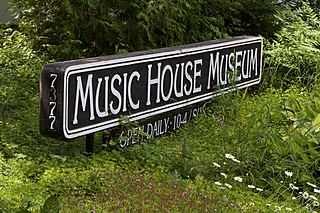 The Music House Museum has a collection of restored antique musical instruments, early radios, and recordings. It is housed in a 1909 dairy barn and a 1905 granary farmhouse, located between the communities of Acme and Williamsburg in Grand Traverse County of Northern Michigan. It was established in 1983 and is a result of a hobby by an architect and a mechanical engineer.