Musical concepts, such as melody, rhythm, form, tempo, and dynamics are integrated into the group's repertoire, which includes songs ranging from the sacred to the contemporary and pop. The repertoire are also in Latin, English, and Filipino.

The group performs annually during the Angelo King Center's Performing Arts Festival that are held on February. The current principal conductor is Marites Panaligan.

The Young Singers (Popularly known as YS) is the special elite group from the SSA Section of the High School Choir. A separate audition is done for an eligible member to get in the elite group. Also, they have a separate recital which showcases the songs they learned in the whole school year. Their repertoire consists of classical music, ethnic music and folk songs which are arranged into harder pieces.

Fiorello H. LaGuardia High School of Music & Art and Performing Arts is a high school specializing in teaching visual arts and performing arts, located near Lincoln Center in the Lincoln Square neighborhood of the Upper West Side, Manhattan, New York City, in the U.S. state of New York. Located at 100 Amsterdam Avenue between West 64th and 65th Streets, the school is operated by the New York City Department of Education, and resulted from the merger of the High School of Music & Art and the School of Performing Arts. The school has a dual mission of arts and academics, preparing students for a career in the arts or conservatory study as well as a pursuit of higher education.

De La Salle University, also known simply as La Salle and abbreviated as DLSU, is a private, Catholic research university run by De La Salle Brothers located in Taft Avenue, Malate, Manila, Philippines. It was established in 1911 as the De La Salle College in Nozaleda Street, Paco, Manila with Br. Blimond Pierre serving as first director. The educational institution moved to its present location on September 21 to facilitate the increase in enrollment. The college was granted university status in February 1975 and is the oldest constituent of De La Salle Philippines (DLSP), a network of 16 Lasallian institutions established in 2006 to replace the De La Salle University System. 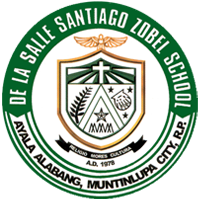 The De La Salle–Santiago Zobel School is a Catholic institution for boys and girls located in Muntinlupa City, Metro Manila, the Philippines. It was opened in 1978 by the De La Salle Brothers in the Philippines because of the increasing number of students in the grade school department of the former De La Salle College in Manila.

The San Miguel Master Chorale (SMMC), now non-existent, was the first professional choir in the Philippines. It was composed of an all-Filipino roster ranging from faculty members and honor graduates of reputable music conservatories, alumni of various internationally awarded choirs, noted choral conductors, composers, arrangers, and outstanding soloists in the Philippine music scene. In bringing together the best choristers in the country, the SMMC aspires to set a new tradition of excellence in the choral arts in the Philippines and beyond.

Muntinlupa Science High School, known as Muntinlupa Science or MunSci, is a special science public high school in the City of Muntinlupa, Philippines that provides a technical and science curriculum that aims to prepare students for careers in science and technology, math, and communication arts.

The De La Salle Zobel Symphony Orchestra is an 80-member orchestra that is based in De La Salle-Santiago Zobel School in Muntinlupa City, Philippines. Its current conductor and orchestral arranger is Leopoldo F. Sumera, Jr.

Kundirana is a high-school Music Ministry. Its members are part of a select few students from La Salle Green Hills. Aside from being a known singing group and music ministry, Kundirana also has the distinction of being the most renowned high school singing group in the Philippines.

The La Salle Greenies is the varsity team representing La Salle Green Hills is the junior affiliate team of the St. Benilde Blazers in the NCAA. Since LSGH is an all-boys school, the Greenies do not have a girls' team. 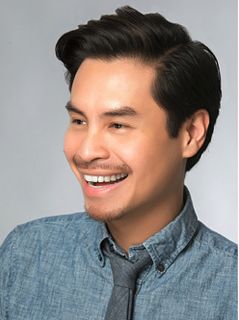 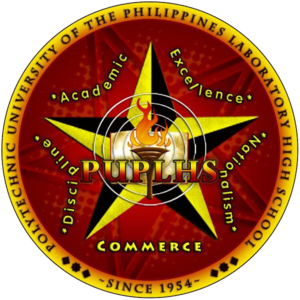 Berks Youth Chorus (BYC), originally named the Berks Classical Children’s Chorus, is a children’s and youth chorus based in Reading, Pennsylvania that performs classical, contemporary, and popular music. Singers are in grades three through twelve, and come from Berks and neighboring counties. The group was founded in 1992 by Donald Hinkle, and has been led by Executive Director Dail Richie since 1997. The organization has received various accolades, including, in April 2001, top scores, all superior, during the three-day Heritage Children’s Choir Festival in New York City.

Anicka Castañeda is a Filipino footballer who has played for the Philippines women's national football team.