Since its formation, the band has released eight full-length studio albums. It has also had numerous lineup changes, with Longstreth serving as the band's sole constant member. The band's most recent studio album, Lamp Lit Prose , was released in 2018.

While studying at Yale, Longstreth spent part of the years 2001 and 2002 working on a number of musical ideas, together with his brother Jake. [4] This resulted in the album, The Graceful Fallen Mango , that was released in 2002 under his own name and introduced his distinctive use of song arrangements and his combination of lo-fi and hi-fi production. [5] With the help of Adam Forkner of Yume Bitsu, Longstreth recorded and released The Glad Fact on the Western Vinyl label under the name "The Dirty Projectors" in 2003. Two years later, the band released The Getty Address , a concept album about the musician Don Henley that features extensive orchestral and choral accompaniment. The stripped-down New Attitude EP followed in 2006 and featured inklings of the band's later vocal interplay and guitar work.

In 2007, the band released Rise Above , an album of Black Flag songs as re-imagined from memory. The album introduced the band's distinctive contrast between Longstreth's vocals and the hocketed harmonies of Amber Coffman and Susanna Waiche, who was later replaced by Angel Deradoorian. In support of the album, the band performed songs for a Take Away Show acoustic video session shot by Vincent Moon.

In April 2008, Dirty Projectors signed with Domino Records, and the label announced the release of their fifth full-length album, Bitte Orca , for June 9, 2009. Bitte Orca introduced additional backing vocalist/auxiliary percussionist Haley Dekle as a new member and bassist Nat Baldwin returning to the band (he previously was a member of Dirty Projectors from 2005 to 2006). That year, the band also collaborated with David Byrne on the song "Knotty Pine" for the compilation album Dark Was the Night produced by the Red Hot Organization. Byrne joined the Dirty Projectors onstage to perform this song, along with "Ambulance Man," another collaborative track not included on the compilation, at the "Dark Was the Night Live" concert at New York City's Radio City Music Hall on May 3, 2009.

“Stillness Is the Move" was the first single released from Bitte Orca, a West African and alternative R&B-influenced hybrid, sung by Coffman and inspired by the Wim Wenders film Wings of Desire . [6] Bitte Orca was met with positive reviews, [7] including Rolling Stone magazine rating the album as number 6 on their best 25 albums of 2009. [8]

Dirty Projectors were to release a new EP in September 2009 titled Temecula Sunrise. [9] While the EP was never released, two of its tracks, "Ascending Melody" and "Emblem of the World", were instead offered for free download on the Dirty Projectors website in early 2010. [10]

On May 8, 2009, members of Dirty Projectors collaborated with Björk to perform an original composition by Longstreth, written for five voices and acoustic guitar, as part of a charity concert to benefit Housing Works, a nonprofit organization dedicated to providing shelter for homeless men, women, and children suffering from AIDS. The concert was held at the Housing Works Bookstore & Café in downtown New York City. [11] On June 30, 2010, Dirty Projectors announced the release of Mount Wittenberg Orca , a digital-only EP with Björk based on the artists' collaboration. [12] Mount Wittenberg Orca was released physically by Domino Records in 2011.

On March 30, 2012, Dirty Projectors released the first single from their sixth album, Swing Lo Magellan , "Gun Has No Trigger". The album was released on July 10 in the United States and on July 9 internationally. [13] [14]

In 2015, members of Dirty Projectors made a cameo appearance as themselves in the Noah Baumbach film Mistress America .

On September 19, 2016, Dirty Projectors began releasing videos and images on social media teasing new music. [17] After the release of tracks "Keep Your Name", "Little Bubble" and "Up in Hudson", it was announced that the seventh, self-titled album, would be released on February 24, 2017 via Domino. The album was ultimately released three days early, on February 21, 2017. It marked a return to the group's solo roots for Longstreth (who at this point relocated to Los Angeles, California to build a recording studio called "Ivo Shandor"), introduced a more electronic-based alternative R&B sound, and addressed his breakup with Coffman, his former bandmate and girlfriend. [3]

On July 13, 2018, Dirty Projectors released their eighth album, Lamp Lit Prose , after teasing three singles, "Break Thru", "That's a Lifestyle", and "I Feel Energy". This album marked the revival of Dirty Projectors as a group project, with David Longstreth on lead vocals and guitar; returning members Nat Baldwin and Mike Daniel Johnson on bass/bass synth and drums, respectively; and introducing Maia Friedman on guitar, keyboards, and backing vocals, Felicia Douglass on percussion, keyboards, and backing vocals, and Kristin Slipp on keyboards and backing vocals.

While often associated with the late 2000s New York indie rock scene, critics have linked Dirty Projectors to musicians from many genres, including new wave artists David Byrne and Squeeze, pop stars Beyoncé and Mariah Carey, and progressive rock musicians Frank Zappa and Yes. [20] [21] In a 2009 interview, Longstreth embraced some of these comparisons but expressed a dislike for several of those musicians, commenting, "Steely Dan is a band I’m not that into," "I’m not a huge Yes guy," and "Frank Zappa I fucking hate." [20]

Why? is an American alternative hip hop and indie rock band. The band was founded in 2004 by Cincinnati rapper and singer Yoni Wolf, who had been using Why? as his stage name since 1997. In addition to Wolf, who serves as lead vocalist and multi-instrumentalist, the band consists of multi-instrumentalists and backing vocalists Doug McDiarmid and Matt Meldon, and drummer and backing vocalist Josiah Wolf, who is Yoni Wolf's older brother. 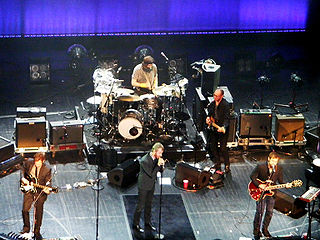 The Getty Address is an album by American experimental rock group Dirty Projectors. 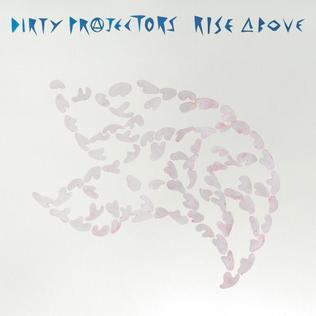 Rise Above is an album by indie rock band Dirty Projectors, released on September 11, 2007. The album was band leader Dave Longstreth's reinterpretation of Black Flag album Damaged from memory having not heard it in 15 years. The album features Longstreth on guitar and vocals, Amber Coffman on vocals and guitar, Brian McOmber on drums, Nat Baldwin on bass, and Susanna Waiche on vocals. Angel Deradoorian would join the band shortly before the Rise Above tour on bass and vocals. This album is the first that presents Dirty Projectors as a fully realized band rather than an individual project of Longstreth.

Devonté Hynes, also known as Blood Orange and formerly Lightspeed Champion, is an English singer, songwriter, record producer and director. From 2004 to 2006, Hynes was a member of the band Test Icicles, playing guitar, synth, and occasionally performing vocals. They released one full-length album in 2005. Hynes went on to release two solo studio albums as Lightspeed Champion and subsequently four more as Blood Orange, between 2008 and 2018.

Friend is an EP by the Brooklyn-based band Grizzly Bear, their first release following the critically acclaimed Yellow House. It was released on November 5, 2007 on Warp Records. The EP has tracks recorded during sessions for the Yellow House album, as well as covers of their songs by Band of Horses, CSS and Atlas Sound. 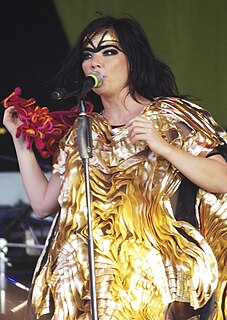 Björk Guðmundsdóttir is an Icelandic singer, songwriter, record producer, actress, and DJ. Over her four-decade career, she has developed an eclectic musical style that draws on a range of influences and genres spanning electronic, pop, experimental, classical, trip hop, IDM, and avant-garde music. 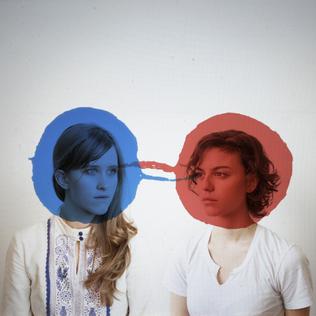 Bitte Orca is the fifth studio album by American experimental rock band Dirty Projectors, released on June 9, 2009 on Domino Records. The word "bitte" is a German word for "please", and "orca" is another name for a killer whale. Frontman David Longstreth states that he liked the way the words sound together. Longstreth notes that the music contained within the album "felt very [much] about colors, and their interaction," and that the music was written with the notion of the band, as a whole, in mind.

Angel Deradoorian, also known mononymously as Deradoorian, is a musician based in Los Angeles, California. She is best known for her work with Dirty Projectors whom she left in 2012 to pursue a solo career. In 2015 she released a solo studio album, The Expanding Flower Planet. 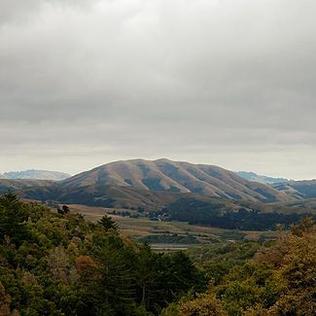 Mount Wittenberg Orca is an EP by American indie rock band Dirty Projectors and Icelandic singer and songwriter Björk, released on June 30, 2010 in digital-only format and on CD and vinyl by Domino Records on 24 October, 2011. News of the album was announced on Björk's official website on 26 June 2010, four days before its release. 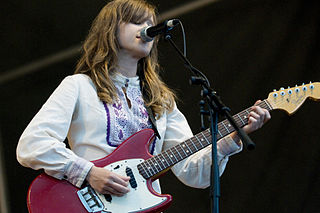 Amber Dawn Coffman is an American musician, singer and songwriter based in Los Angeles, California, formerly based in Brooklyn, New York. A former member of Sleeping People, Coffman is best known as a former guitarist and vocalist for the indie rock band Dirty Projectors. She released her debut solo album, City of No Reply, on June 2, 2017. 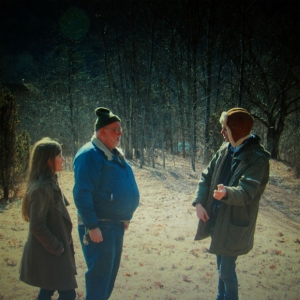 Swing Lo Magellan is the sixth studio album by American experimental rock group Dirty Projectors, which was released on Domino Records on July 10, 2012 in the United States and July 9, 2012 internationally. 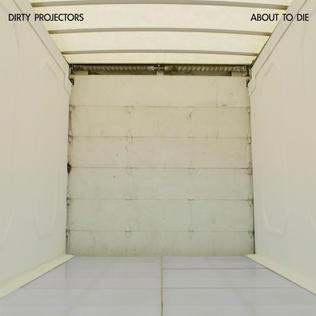 About to Die is an extended play studio album by American experimental rock group Dirty Projectors, released digitally and on vinyl on November 6, 2012. 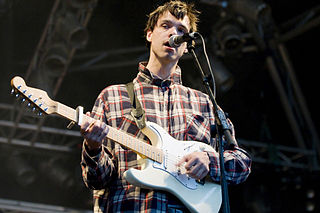 David Longstreth is an American singer and songwriter. He is the lead singer and guitarist for the band Dirty Projectors.

City of No Reply is the first solo album from singer-songwriter Amber Coffman, the former guitarist and vocalist for the indie rock band Dirty Projectors. The album was released on June 2, 2017. 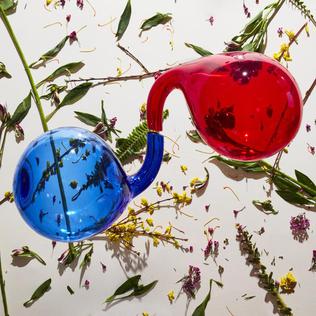 Lamp Lit Prose is the eighth studio album by American experimental rock group Dirty Projectors, and was released on Domino Records on July 13, 2018.