Diving at the 1998 Commonwealth Games

The Diving Competition at the 1998 Commonwealth Games in Kuala Lumpur, Malaysia counted a total number of six medal events: three events for both men and women.

At the 2000 Summer Olympics in Sydney, eight diving events were contested for the first time due to the inclusion of synchronized variants for each of the traditional events. The competition took place at the Sydney International Aquatic Centre, from 22 to 30 September, comprising a total of 157 divers from 42 nations.

Greece was the host country for the 2004 Summer Olympics in Athens, from 13 to 29 August 2004. As the progenitor nation and in keeping with tradition, Greek athletes have competed at every Summer Olympics in the modern era, alongside Australia, Great Britain, and Switzerland. The Hellenic Olympic Committee sent a total of 426 athletes to the Games, 215 men and 211 women, and had achieved automatic qualification places in all sports, with the exception of men's and women's field hockey. It was also the nation's largest team ever in Summer Olympic history since the first modern Games were held in 1896.

Leon Taylor is a British former competitive diver. During his diving career he won medals at all major international events including a silver at the Athens Olympics. Following his retirement from competition, Taylor transitioned to a portfolio of projects. He now speaks about mental wellness, supports the SportsAid charity, teaches yoga and mental wellness, works for an executive performance business and commentates for the BBC. At the 1996 Summer Olympics in Atlanta, four diving events were contested during a competition that took place at the Georgia Tech Aquatic Center, from 26 July to 2 August, comprising a total of 122 divers from 39 nations. 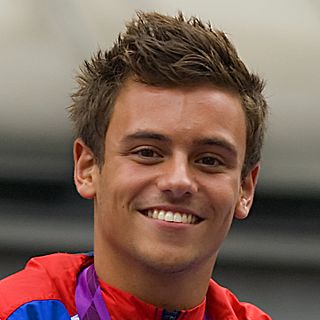 Marjorie Gestring was a competitive springboard diver from the United States. At the age of 13 years and 268 days, she won the gold medal in 3-meter springboard diving at the 1936 Summer Olympics in Berlin, making her, at the time, the youngest person ever to win an Olympic gold medal. A multi-time national diving champion in the United States, she was given a second Olympic gold medal by the United States Olympic Committee after the 1940 Summer Olympics were called off due to the advent of World War II. Gestring attempted to return to the Olympics at the 1948 Games, but failed to qualify for the US team. She has been inducted into the International Swimming Hall of Fame and the Stanford Athletic Hall of Fame.

The Youth Olympic Games (YOG) is an international multi-sport event organized by the International Olympic Committee. The games are held every four years in staggered summer and winter events consistent with the current Olympic Games format, though in reverse order with Winter Games held in leap years instead of Summer Games. The first summer version was held in Singapore from 14 to 26 August 2010 while the first winter version was held in Innsbruck, Austria from 13 to 22 January 2012. The age limitation of the athletes is 14 to 18. The idea of such an event was introduced by Johann Rosenzopf from Austria in 1998. On 6 July 2007, International Olympic Committee (IOC) members at the 119th IOC session in Guatemala City approved the creation of a youth version of the Olympic Games, with the intention of sharing the costs of hosting the event between the IOC and the host city, whereas the travelling costs of athletes and coaches were to be paid by the IOC. These Games will also feature cultural exchange programs and opportunities for participants to meet Olympic athletes. 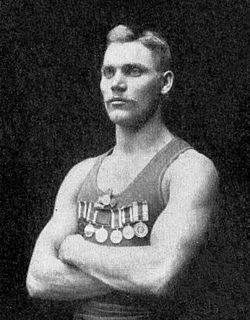 High diving is the act of diving into water from relatively great heights. High diving can be performed as an adventure sport, as a performance stunt, or competitively during sporting events. It debuted as a sport at the 2013 World Aquatics Championships in Barcelona. In the world championships, men jump from a 27-metre-high (89 ft) platform while women jump from a 20-metre-high (66 ft) platform. In other official competitions, men generally dive from a height of 22–27 metres (72–89 ft) while women dive from a height of 18–23 metres (59–75 ft). The sport is unique in that athletes are often unable to practice in an authentic environment until the days leading up to a competition. High diving has been designated a sport separate from regular diving by FINA. High divers have achieved speeds of descent of 96 kilometres per hour (60 mph). 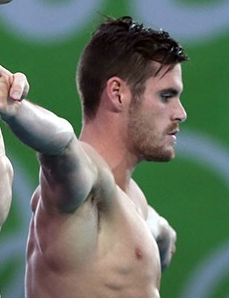 Diving competitions at the 2015 Pan American Games in Toronto were held from July 10 to 13 at the Toronto Pan Am Sports Centre. Due to naming rights the arena were known as the latter for the duration of the games. Due to Pan American Games being scheduled to be held roughly around the same time as the 2015 World Aquatics Championships scheduled for Kazan, Russia, the diving begin on the day of the opening ceremony. A total of eight diving events were held: four each for men and women.

The 2026 Summer Youth Olympics, officially known as the IV Summer Youth Olympic Games, and commonly known as Dakar 2022 or Dakar 2026 will be the fourth edition of the Summer Youth Olympics, an international sports, education and cultural festival for teenagers, in a city designated by the International Olympic Committee (IOC). It was originally planned be held in Dakar, Senegal for 18 days from 22 October to 9 November 2022, becoming the first IOC event to be held in Africa. However it was postponed to 2026 due to the COVID-19 pandemic and postponement of the 2020 Summer Olympic Games in Tokyo causing knock-on scheduling issues for other IOC events.

The diving competitions at the 2019 Pan American Games in Lima will take place from August 1 to 5, 2019 at the Aquatics Centre. It will be one of four aquatic sports at the Games, along with swimming, water polo, and artistic swimming.