Carmelo Psaila, better known as Dun Karm (Żebbuġ, 18 October 1871 – 13 October 1961) was a Maltese priest, writer and poet, sometimes called 'the bard of Malta'. [1] He is widely recognised as the Maltese national poet.

He was educated at the seminary between the years 1885 and 1894 and then proceeded to study philosophy in 1888 and theology in 1890 the University of Malta. He was ordained priest in 1894. From 1895 to 1921 he taught various subjects at the seminary: Italian, Latin, English, arithmetic, geography, cosmography, ecclesiastical history and Christian archaeology. In 1921 he was appointed assistant librarian at the National Library of Malta and in 1923 director of circulating libraries, a post he held till his retirement in 1936.

Dun Karm was one of the founding members of the Għaqda tal-Kittieba tal-Malti (founded in 1921) and on the death of Ġużè Muscat Azzopardi in 1927, he was elected president of the Għaqda and later editor of the official organ, Il-Malti. He carried out these functions till 1942 when he was nominated honorary president of the Għaqda for life. In recognition of his contribution to Maltese literature, he was granted a D. Litt (honoris causa) by the Royal University of Malta in 1945 - the first time the University granted such an honour. A year later he was awarded the Ġużè Muscat Azzopardi gold medal. Queen Elizabeth II decorated him with the Commander of the Order of the British Empire in 1956. In 1957 the Maltese government issued him an ex-gratia pension in recognition of his services to Maltese literature.

Dun Karm is best known as the author the verses of a good number of popular religious hymns in Maltese, including the Maltese national anthem. In 1921, Albert Laferla, the director of education, asked Dun Karm to compose some verses to a music score by Robert Samut. The Innu Malti was sung for the first time in 1923. In 1941 it was officially designated the national anthem, a status confirmed by the Constitution at independence in 1964. Yet, Dun Karm is not deemed the Maltese "national poet" merely because he wrote the text of the national anthem but rather for having written prolifically in Maltese, and producing works conscious of a "Maltese identity. Dun Karm was conscious that his identity, that that of[ clarification needed ] most people who inhabited the Maltese islands, could not be too easily collapsed into an extended form of the "Britishness", "Italianità del Risorgimento" or "Italianità cattolica", which were the subject of endless political debates among the intellectuals of the time. Yet, Dun Karm is rarely labelled a "nationalist" or a "patriot" in the way such terms are usually used in the English language: he sought to put his finger on the identity of the common people of the islands, while not trying to mimic the national identities of the major European polities by Romantic movements as a reaction to the cosmopolitanism of the French Revolution and the Napolenonic Wars.

His first works in Italian reveal an early life of peace and calm; after the death of his mother, solitude became his companion. Such solitude is present throughout his works, eventually accompanied by a high degree of spiritual balance. Some of his poems illustrate an inner journey of sentimental and moral experience. Nonetheless, besides expressing such subjectivity, Dun Karm's works also give voice to his country's collective aspirations. His poetry reflects a background of village life with an atmosphere of family feelings and it also portrays the Maltese countryside with a perspective imagination. It synthesises the popular culture of the Maltese people, which is evident from the rural characteristics that furnish its local identity with the literary culture based largely on Italian romanticism. When he decided to make Maltese the medium of his creativity, Dun Karm poetically explored the history of Malta to confirm its cultural and national identity. Both the personal and the national sentiments are treated from a deeply religious viewpoint that discusses existentialism. The spiritual crisis in Il-Jien u lil hinn Minnu is analysed in universal human terms that illuminate human existence and insist on the ineffable relation that exists between God and the human person, while pointing to the need of the latter's absolute acceptance of the former's hidden power. [2]

Before 1912 Dun Karm wrote only in Italian. His first known published poem is La Dignità Episcopale (1889) after which he published Foglie d'Alloro (1896) and Versi (1903) another collection of Italian poems. Dun Karm wrote Quddiem Xbieha tal-Madonna, his first poem in Maltese, which appeared in the first issue of the Maltese periodical Il-Ħabib, published by Pawl Galea and Ġużè Muscat Azzopardi. His best-known poems include Il-Musbieħ tal-Mużew (1920).

Dun Karm's writings include Żewġ Anġli: Inez u Emilia (translated in 1934 from an Italian novel by D Caprile) Besides these he wrote a few critical works. He also compiled a dictionary between 1947 and 1955 in three volumes, Dizzjunarju Ingliż u Malti. [1] 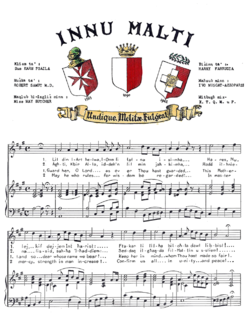 "L-Innu Malti" is the national anthem of Malta. It is written in the form of a prayer to God; It was composed by Robert Samut and the lyrics were written by Dun Karm Psaila.

Rużar Briffa was a Maltese poet and dermatologist, and a major figure in Maltese literature. 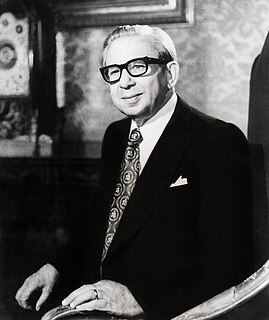 Anton Buttigieg, was a Maltese political figure and poet. He served as the second President of Malta from 1976 until 1981.

Arthur John Arberry FBA was a British orientalist. A scholar of Arabic, Persian, and Islamic studies, he was educated at Portsmouth Grammar School and Pembroke College, Cambridge. His English translation of the Qur'an, The Koran Interpreted, is popular amongst academics worldwide. In the Preface of The Koran Interpreted, A. J. Arberry quotes Marmaduke Pickthall, his predecessor, who also wrote a translation of the Quran, "It may be reasonably claimed that no Holy Scripture can be fairly presented by one who disbelieves its inspiration and its message; and this is the first English translation of the Koran by an Englishman who is a Muslim." 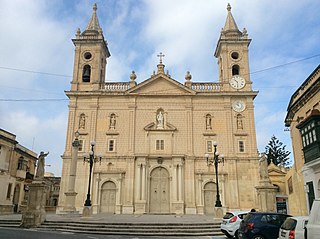 Qormi, also known by its title Città Pinto, is a city in the Southern Region of Malta, southwest of Valletta in the centre of the island. It has a population of 16,324, making it Malta's the fifth-largest city. 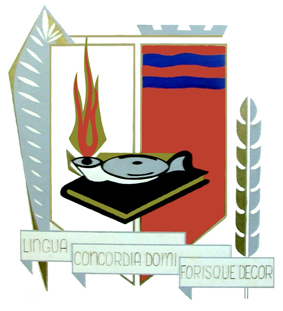 The Akkademja tal-Malti was the prime regulatory body responsible for the Maltese language from the early 20th century up to the end of the millennium, when a Government sponsored law was passed to protect issues related to the national language. On joining the European Union, Maltese became one of the recognised languages of the EU - no mean achievement for a language spoken by less than half a million people.

Mikiel Anton Vassalli was a Maltese writer, a philosopher, and a linguist who published important Maltese language books, including a Maltese-Italian dictionary, a Maltese grammar book, the first Protestant Gospels in Maltese, and towards the end of his life, a book on Maltese proverbs.

Konkors Kanzunetta Indipendenza is Maltese song competition held on a day near September 21. All songs are performed in the Maltese language and is one of the most anticipated events on the Maltese musical calendar. The event first took place back in 1983 in a span of four years until 1987 before returning just 10 years later in 1997 going on to take place each and every year since then. Several local stars like to submit their entries into such a prestigious musical event due to the fact that the songs are written in Maltese. In recent years there were a number of winners who went on to be successful both locally and abroad. Below you could find the list of the past winners. 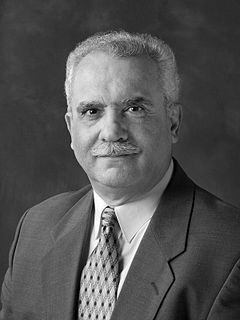 Frans Sammut was a Maltese novelist and non-fiction writer.

Robert Samut was a Maltese doctor and musician. He is best known for writing the music for "L-Innu Malti", the Maltese national anthem.

Pawlu Aquilina was a Maltese poet and writer from Siġġiewi, Malta. He studied at the Archbishop's Seminary and St Michael's Training College for Teachers.

Maltese literature is any literature originating from Malta or by Maltese writers or literature written in the Maltese language. 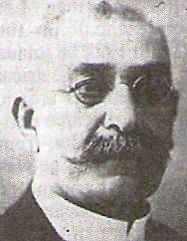 Ġużè Muscat Azzopardi was a Maltese lawyer, poet, novelist and social commentator. He studied in the Mdina Seminary, and in the University of Malta, where he graduated as a lawyer in 1875. He was married to Tonina Fenech, and had three sons Ivo and Ġino, who were both writers, and Anton, a composer.

Ġan Anton Vassallo was a Maltese author, poet and professor. Although he wrote a large amount of literary works, he is best remembered for his poem Tifħira lil Malta. 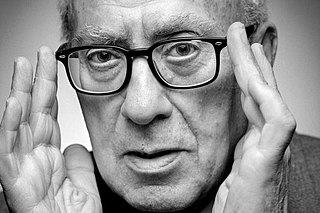 Oliver Friggieri was a Maltese poet, novelist, literary critic, and philosopher. He led the establishment of literary history and criticism in Maltese while teaching at the University of Malta, studying the works of Dun Karm, Rużar Briffa, and others. A prolific writer himself, Friggieri explored new genres to advocate the Maltese language, writing the libretti for the first oratorio and the first cantata in Maltese. His work aimed to promote the Maltese cultural identity, while not shying from criticism: one of his most famous novels, Fil-Parlament Ma Jikbrux Fjuri, attacked the tribalistic divisions of society caused by politics. From philosophy, he was mostly interested in epistemology and existentialism.

Mary Meilak was a Maltese poet.

Giuseppe or Joseph Psaila (1891–1960) was a Maltese architect. He graduated from the University of Malta in around 1915, and he was one of the few Art Nouveau architects in Malta since at the time neoclassicism was still popular, especially in the case of public buildings. He was influenced by the work of the Italian architects Raimondo D'Aronco and Ernesto Basile. 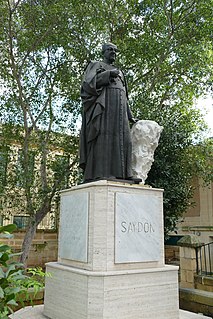