The following table provides a summary of seasons: [1]

Al Ahly Sporting Club, commonly referred to as Al Ahly, is an Egyptian sports club based in Cairo. It is known as "The Club of the Century" in African football. It is best known for its professional football team that plays in the Egyptian Premier League, the top tier in the Egyptian football league system, and is the most decorated football club in Africa. It was founded on 24 April 1907, as a gathering place for Cairo's Student Unions.

The Algerian Cup is a football competition in Algeria, pitting regional teams against each other. It was established in October 1962, three months after independence, and has been played yearly since then apart from 1990 and 1993.

The GCC Champions League, formerly known as the Gulf Cup for Clubs, is an annually organized football league tournament for clubs of the Arabian peninsula. The tournament was first organized in 1982 and is currently in its 31st edition.

The Botola Pro 1, is a Moroccan professional league for men's association football clubs. At the top of the Moroccan football league system, it is the country's primary football competition. Contested by 16 clubs, it operates on a system of promotion and relegation with the Football League.

The Libyan Premier League(Arabic: الدوري الليبي الممتاز‎) is the men's top professional football division of the Libyan football league system. Administered by the Competition Organizing Committee in the Libyan Football Federation, Libyan Premier League is contested by 24 teams divided into two groups of 12, with the two lowest-placed teams of each group relegated to the First Division.

The Crown Prince Cup was the Saudi Arabian annual cup competition. It was the oldest domestic football competition in Saudi Arabia, its first edition was held in 1956–57, but was not crowned from 1975 until 1990. The competition consists of teams from the top two tiers of Saudi league football, as well as the competition runs from August until February. 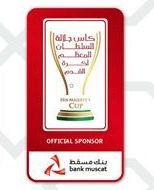 The Sultan Qaboos Cup also known as the HM's Cup is Oman's premier knockout tournament in men's football. It was officially created in 1972 and the champions of that edition were Al-Ahli. Shortly known as Oman cup. Currently the most successful team in the league is Fanja SC with a total of nine titles to their name.

The FA Shield also known as Al Manaseer Shield is a men's football (soccer) competition played in Jordan started on 1981. It was generally played before the start of the domestic league season.

The Kuwaiti Federation Cup is a competition organised by the Kuwait Football Association, the Kuwaiti version of a League cup and has been played in its current format every year since 2008.

The Prince Mohammad bin Salman League, also called the Saudi First Division is the second tier of professional football in Saudi Arabia. The Prince Mohammad bin Salman League is ranked below the Saudi Professional League and above the Saudi Second Division in the Saudi Arabian football league system. All of the MS League clubs qualify for the King Cup, the annual Saudi Cup competition. Abha are the most recent champions winning their first title during the 2018–19 season.

The Qatari Stars Cup is a Qatari football competition played during the Qatar Stars League season known as Ooredoo Cup due to sponsorship reasons.